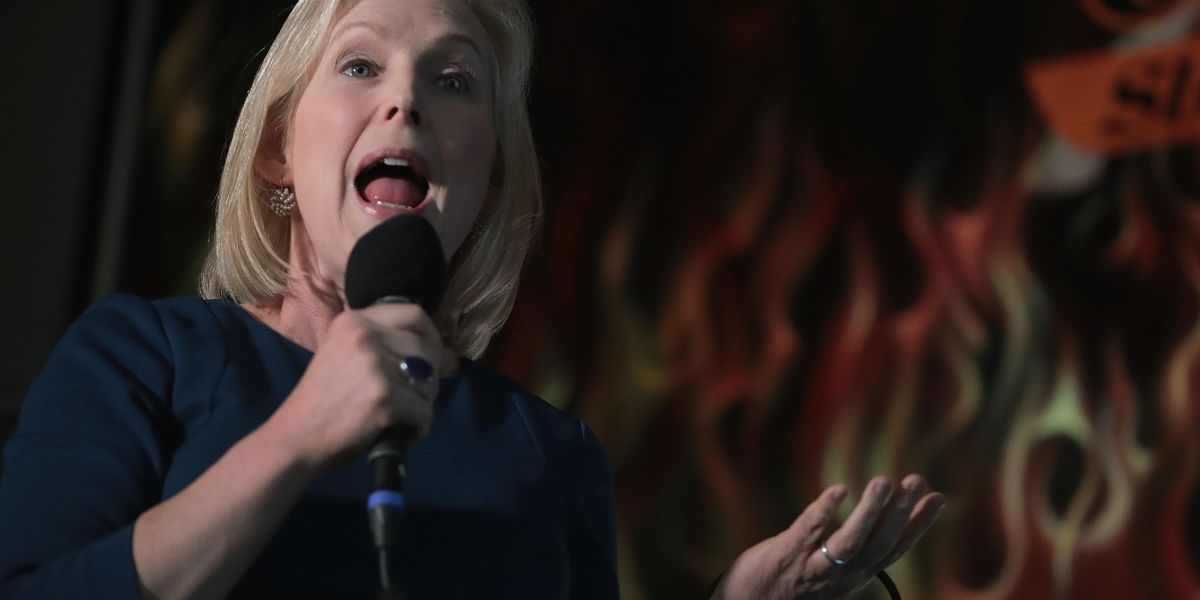 What is she talking about?

" Gillibrand ranted about the National Rifle Association before turning her wrath to gun manufacturers, who she says are standing in the way of common sense reform “that can save lives.”

Another leftist idiot who is trying rally around a lighting rod cause. Its not only typical, but predictable. Wait for another false flag operation coming soon to a neighborhood near you to reinforce this narrative!

Every time a politician says “common sense” you can be pretty well guaranteed whatever they are pushing flies in the face of it.

I do get weary of repeating myself, but here goes. There are an estimated 12,000,000,000 ( 12 billion ) firearms on the planet ( .50 caliber & under ). Of that number, about 500,000,000 to 750,000,000 are unaccounted for, just lost in the wind. IT WILL ALWAYS BE EFFORTLESS TO LOCATE AND ACQUIRE AN ILLEGAL FIREARM & AMMUNITION. Our gun laws mainly apply to the people who would never use a firearm for criminal purposes; that being, law abiding citizens. Criminals do not abide by the law. Has anyone every heard that before?

Liberals appear to labor under the misapprehension that if they pass a law into being, all people will obey it.

How about we send all border crossing MS-13 gangbangers to live with Gillibrand at her house and see how long this liberal twit is able to maintain her asinine opinion.

Bullshit. They pass these laws to control the peasants who are beneath them. They’re not worried about criminals because unlike us peasants, they have their own armed security to handle that.