The new word is “juveniles” to describe a group of uncivilized blacks committing acts of mayhem. It’s no longer “teens” or “youths”.

Public Service Announcement: If you find yourself in this situation, don’t stop. It might be the last thing you ever do. Keep moving. If one of these ‘youths’ wants to jump underneath your car, there’s nothing you can do to prevent it. Don’t. Stop.

PHILADELPHIA (CBS) — Police say a group of approximately 200 juveniles caused a disruption in Northeast Philadelphia Monday night. In total, police say four arrests were made — one for vandalism and three for disorderly conduct.

According to police, the juveniles left the Rolling Thunder Skating Rink in the city’s Castor section before heading out on Roosevelt Boulevard.

Police were on the scene trying to disperse the large crowd Monday night.

No injuries have been reported. 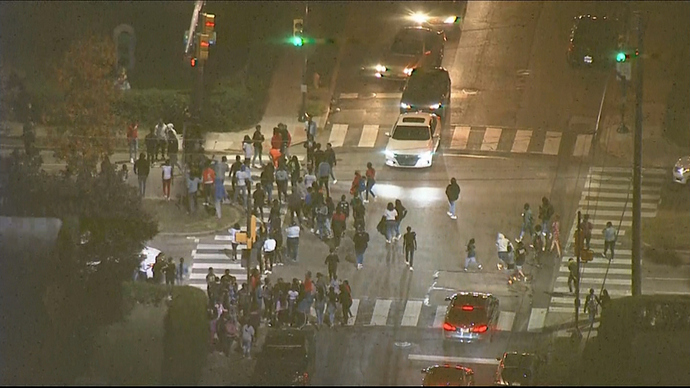 In total, police say four arrests were made -- one for vandalism and three for disorderly conduct.

Only 4 arrests? This is pitiful police work. If 200 people essentially rioted then 200 people should be arrested.

Here is another shining examples of why people need to pack up and leave cities. This type of behavior is only going to get worse and worse. The cops don’t want to do anything because they don’t want to deal with the lawsuits.

Only 4 arrests? This is pitiful police work. If 200 people essentially rioted then 200 people should be arrested.

What are you talking about. Did you read it? Only four people committed crimes. And the op says nothing of a riot…

Did you not read the article and watch the video? 200 feral animals shutting the streets down is illegal.

Do you want to live in a third world dump? Or do you just want everyone else to live in one?

Four people committed crimes and were arrested. The op said nothing of a riot.

Did you watch the video? Nope. Apparently not. You shouldn’t talk about things that you don’t understand.

I watched the god damn video dude, all 33 seconds of it and read every word of the report in the op. No riot is seen or mentioned.

So why don’t you describe what these “juveniles” were doing? if according to you they weren’t doing anything illegal or disruptive then why was there a news article on it with video footage contrary to what you are claiming? Your position is intellectually dishonest.

I didn’t say that they weren’t doing anything disruptive, did I Southern???

The op did say they disrupted traffic, the op did NOT say there was a riot. And watching the seconds long video, there was in fact no riot.

The OP didn’t say there was a riot. To me, if they were allowed to keep terrorizing people that way it would have become a riot fairly quickly. I think the cops did a crap job. The majority of them should have been arrested. I know you hate law and order and police stopping criminals from terrorizing innocent people, but maybe you should glom on to people who are just slightly less shitty than these losers.

They should have caught the firehouse. It would have been a great way for them to get a history lesson about their community.

The OP didn’t say there was a riot.

Correct. Which was my point from the beginning of this. And the reason why four were arrested is that they committed crimes. The rest were a nuisance disrupting traffic and business. 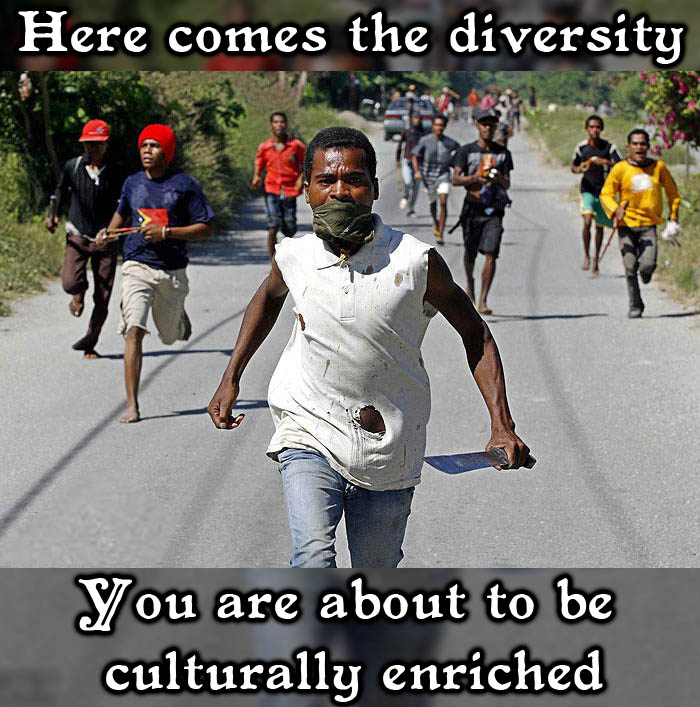 Take notice that the newsperson didn’t say they were black. Philadelphia has a Liberal PC DA and police are walking on eggs to do there job. No , there wasn’t riot only disruption of traffic.

Do you want to live in a third world dump?

I doubt he does.

Or do you just want everyone else to live in one?

Seems to be the goal of the leftists.

Except you post a pic from, god knows where, of men with weapons, not American kids being a nuisance on the street.

You make it sound like these pesky kids were in a Leave it to Beaver episode.

Not at all, I quote the op. It’s many others here that misrepresent it as a riot, or adults with weapons.