This weakling is supposed to be a " very conservative Republican," too. Yet more evidence that the GOP as an institution is worthless and needs to be replaced with something else. 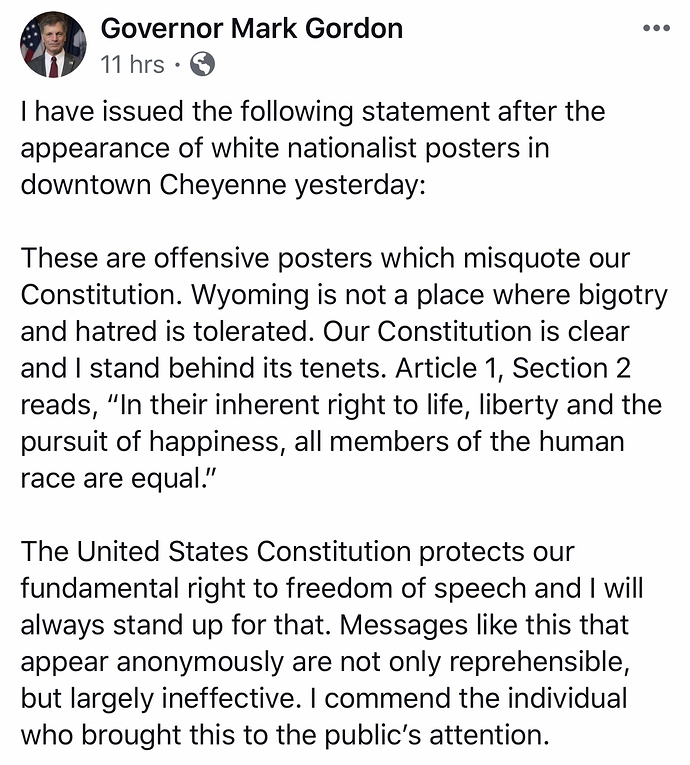 Also - the signs that he is referencing said absolutely nothing about race, bigotry, hatred, or equality. They were simply flyers for an actual conservative political movement that has the protection of the 1st Amendment.

Here is what he is crying about: 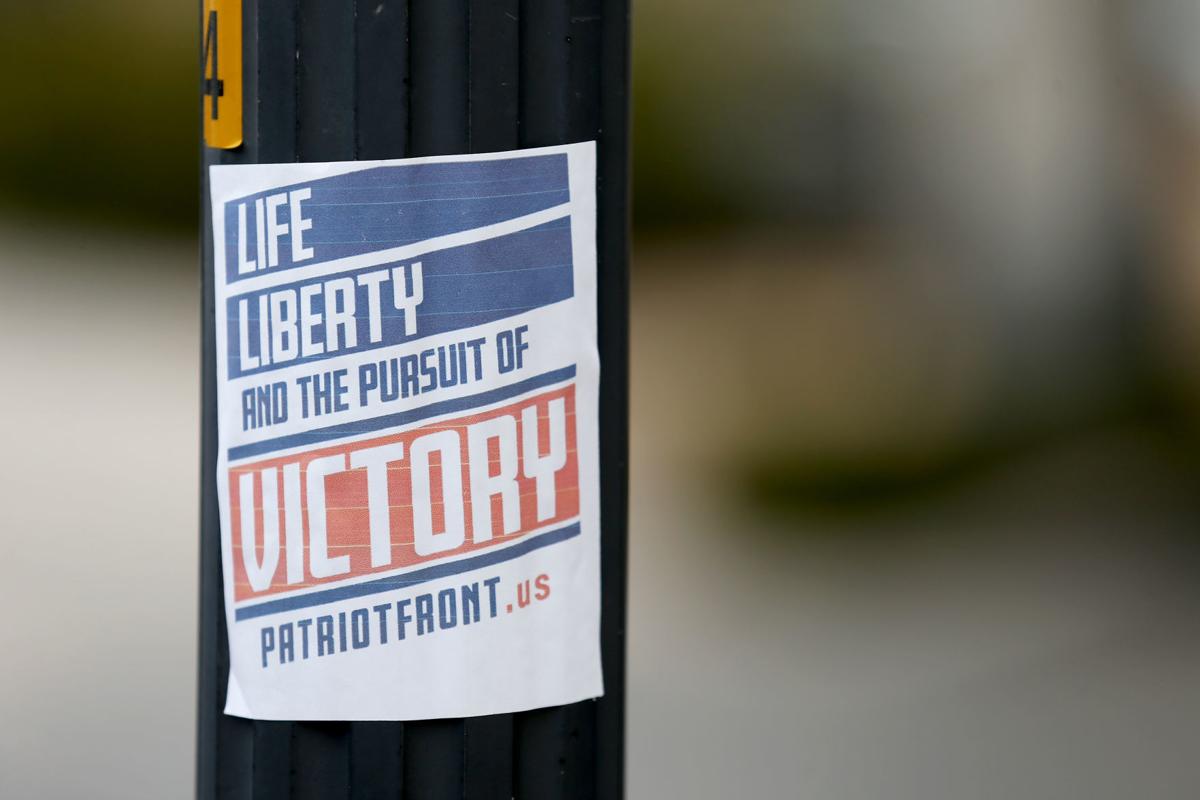 Why is he even looking for woke points in a rural state like Wyoming. The best thing to do would have been not to say anything about it, one way or the other.

This idiot couldn’t even get the Constitution right. It’s all men created equal…not all members of the human race. What an insufferable little bitch. My gosh.

It’s not the wording of the poster that is offensive to the stupid Governor Gordon.

It is the source. He is stifling free speech based on who’s doing the talking.

That’s like saying that a white nationalist can’t run for office and use a slogan.

What a candy ass prick.

The Patriot Front is an American white supremacist, neo-Nazi, neo-fascist group which utilizes imagery of patriotism, liberty, and other widely accepted American values to promote its ideology. Part of the broader alt-right movement, the group split off from Vanguard America in August 2017 in the aftermath of the Unite the Right rally.Wikipedia

Come on man. You have been here long enough to know not to trust some bullshit on Wikipedia. Some leftist soy guzzling twink wrote that and it will never be changed because all of the leftist soy guzzling twinks who can change it all agree with the write-up. They don’t like Patriot Front because they are the one group that Antifa is terrified of. They do advocate for America to return to pre-Hart-Celler third world immigration levels. Nothing wrong with that. Watch the video of them confronting Antifa at their HQ at an Anarchist bookstore in Texas - they do not play games.

I love that video. Antifa cowering behind locked doors calling the cops.

Check it out for yourself. Here’s a link to the horse’s mouth.

LIFE - LIBERTY - VICTORY. Our tradition is revolution and our land is where tyrants come to die. 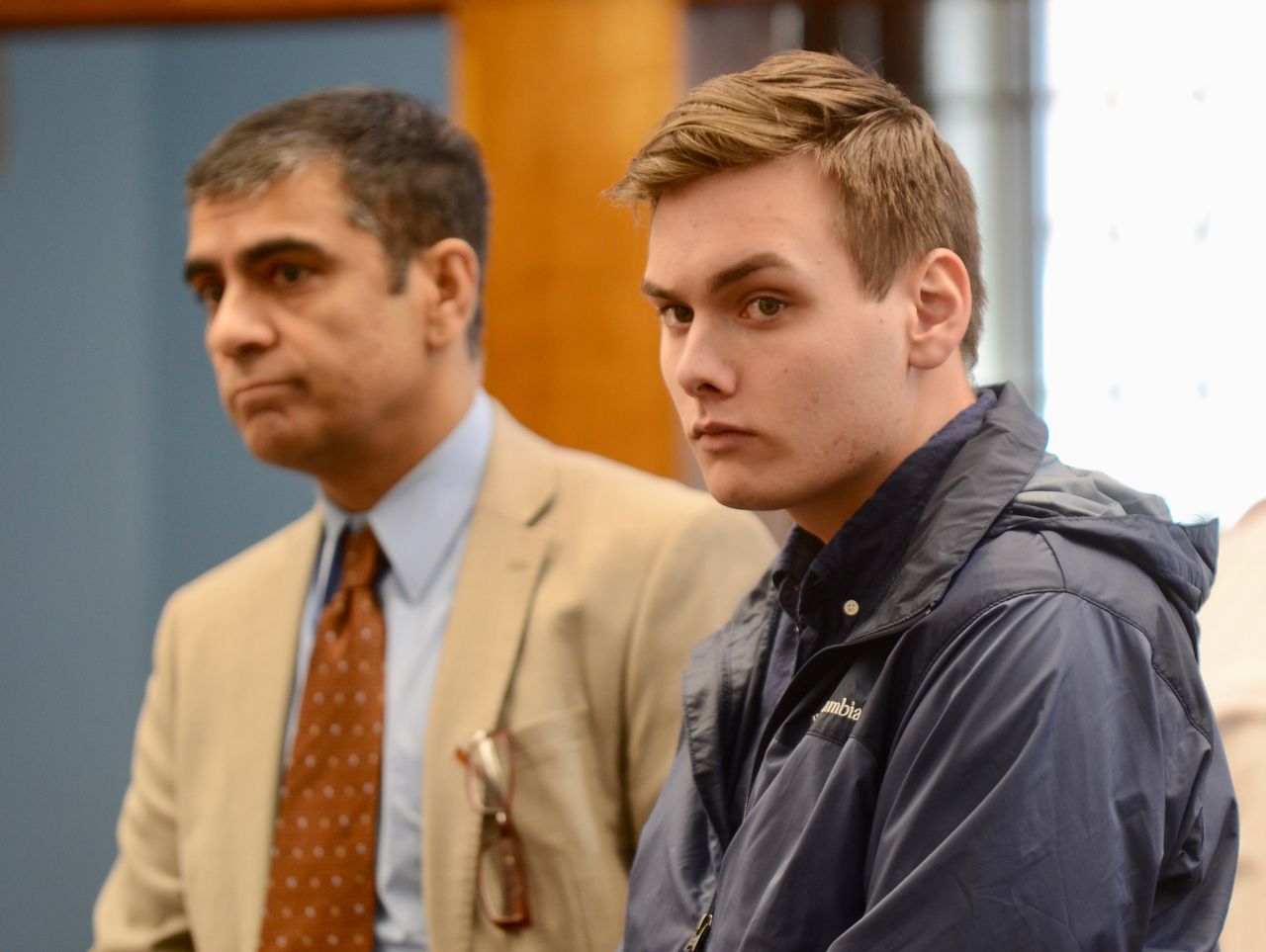 Attorney for one of the men accused of posting propaganda for Patriot Front...

During roll call on Friday, Boston police were warned of a group of young men hanging posters for Patriot Front, which is labeled a hate group by the Southern Poverty Law Center. 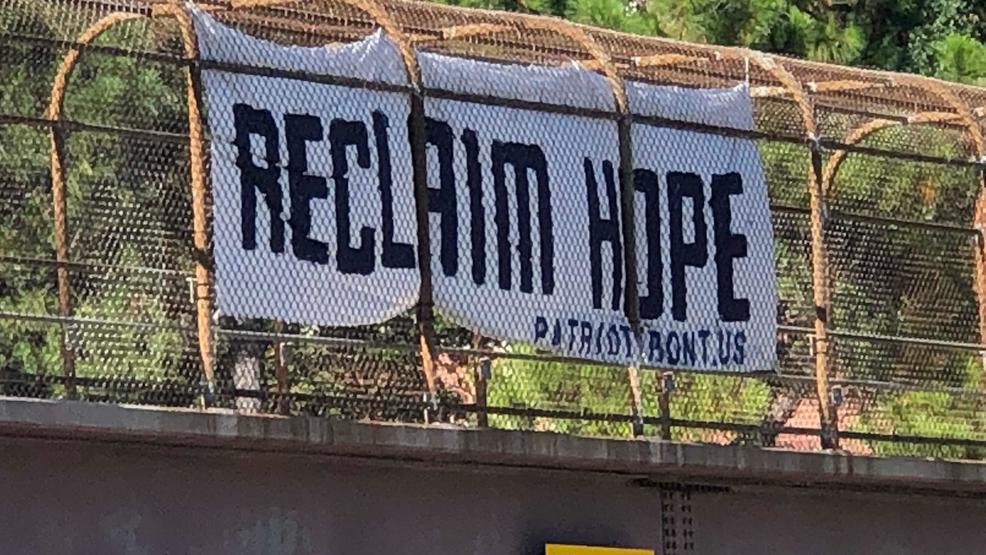 On the surface, the message sounds good: "Reclaim Hope. " But the website listed below, Patriotfront. us, is described by the Southern Poverty Law Center as a white nationalist hate group. "It has to go. It has no place here in my city, my community,...

Look, I’m not defending their agenda. I’m just sayin’ they have a right to post slogans that don’t express hatred. The Governor is wrong.

Life, Liberty and the Pursuit of Victory does NOT express hatred.

Yeah - those guys are awesome. The country is getting overrun. By the time the wall is finished all of Central and South America will already be here. We need solutions. Not talk.

The SPLC is getting obliterated in court over their branding of everyone and everything to the right of Mao as white supremacist. Not sure I would count them as a reliable source.

Well, just do a search and you’ll find more than the SPLC considers it so. Read their own manifesto…all the way to the bottom line.