Wait, so where are the feminist outrage over this … gender pay gap?

SAN FRANCISCO — When Google conducted a study recently to determine whether the company was underpaying women and members of minority groups, it found, to the surprise of just about everyone, that men were paid less money than women for doing similar work.

The study, which disproportionately led to pay raises for thousands of men, is done every year, but the latest findings arrived as Google and other companies in Silicon Valley face increasing pressure to deal with gender issues in the workplace, from sexual harassment to wage discrimination.

Gender inequality is a radioactive topic at Google. The Labor Department is investigating whether the company systematically underpays women. It has been sued by former employees who claim they were paid less than men with the same qualifications. And last fall, thousands of Google employees protested the way the company handles sexual harassment claims against top executives.

Critics said the results of the pay study could give a false impression. Company officials acknowledged that it did not address whether women were hired at a lower pay grade than men with similar qualifications.

Google seems to be advancing a “flawed and incomplete sense of equality” by making sure men and women receive similar salaries for similar work, said Joelle Emerson, chief executive of Paradigm, a consulting company that advises companies on strategies for increasing diversity. That is not the same as addressing “equity,” she said, which would involve examining the structural hurdles that women face as engineers.

Google has denied paying women less, and the company agreed that compensation among similar job titles was not by itself a complete measure of equity. A more difficult issue to solve — one that critics say Google often mismanages for women — is a human resources concept called leveling. Are employees assigned to the appropriate pay grade for their qualifications?

The company said it was now trying to address the issue.

“Because leveling, performance ratings and promotion impact pay, this year we are undertaking a comprehensive review of these processes to make sure the outcomes are fair and equitable for all employees,” Lauren Barbato, Google’s lead analyst for pay equity, people analytics, wrote in a blog post made public on Monday.

To set an employee’s salary, Google starts with an algorithm using factors like performance, location and job. Next, managers can consider subjective factors: Do they believe the employee has a strong future with the company? Is he or she being paid on a par with peers who make similar contributions? Managers must provide a rationale for the decision.

While the pay bump is helpful, Google’s critics say it doesn’t come close to matching what a woman would make if she had been assigned to the appropriate pay grade in the first place.

Kelly Ellis, a former Google engineer and one of the plaintiffs in the gender-pay suit against the company, said in a legal filing that Google had hired her in 2010 as a Level 3 employee — the category for new software engineers who are recent college graduates — despite her four years of experience. Within a few weeks, a male engineer who had also graduated from college four years earlier was hired for Ms. Ellis’s team — as a Level 4 employee. That meant he received a higher salary and had more opportunities for bonuses, raises and stock compensation, according to the suit. Other men on the team whose qualifications were equal to or less than hers were also brought in at Level 4, the suit says.

The claim could become a class-action suit representing more than 8,300 current and former female employees.

It was not possible to compare how racial minorities fared in terms of wage adjustments, Google said, because the United States is the only place where the global company tracks workers’ racial backgrounds.

In response to the study, Google gave $9.7 million in additional compensation to 10,677 employees for this year. Men account for about 69 percent of the company’s work force, but they received a higher percentage of the money. The exact number of men who got raises is unclear.

The company has done the study every year since 2012. At the end of 2017, it adjusted 228 employees’ salaries by a combined total of about $270,000. This year, new hires were included in the analysis for the first time, which Google said probably explained the big change in numbers.

Google’s work force, especially in leadership and high-paying technical roles, is overwhelmingly male and mostly white and Asian. Its efforts to increase diversity have touched off an internal culture war. In 2017, James Damore, a software engineer, wrote a widely circulated memo criticizing the company’s diversity programs. He argued that biological differences and not a lack of opportunity explained the shortage of women in upper-tier positions.

The Bits newsletter will keep you updated on the latest from Silicon Valley and the technology industry.

When Google fired Mr. Damore, conservatives argued that the company was dominated by people with liberal political and social views. Mr. Damore sued Google, claiming it is biased against white men with conservative views. The matter has been moved to private arbitration. Its status is unclear.

Google’s parent company, Alphabet, said it had 98,771 employees at the end of 2018. The company declined to provide the number of Google employees, but Google is by far the largest part of the company.

Google informed employees about the findings of its latest pay study in January at a meeting called to discuss a memo about cost-cutting proposals that had been leaked publicly. The proposals, reported earlier by Bloomberg, caused an uproar because they included ideas like slowing the pace at which Google promotes workers and eliminating some of its famous perks.

At the meeting, Sundar Pichai, Google’s chief executive, played down the proposals as the product of brainstorming by members of the human resources staff and not things that senior managers were seriously considering, according to a video viewed by The New York Times.

But in an effort to demonstrate that Google was not skimping on wages, executives said at the meeting that the company had adjusted the pay of more employees than ever before. Ms. Barbato, who presented the findings, said that more men were underpaid was a “surprising trend that we didn’t expect.” 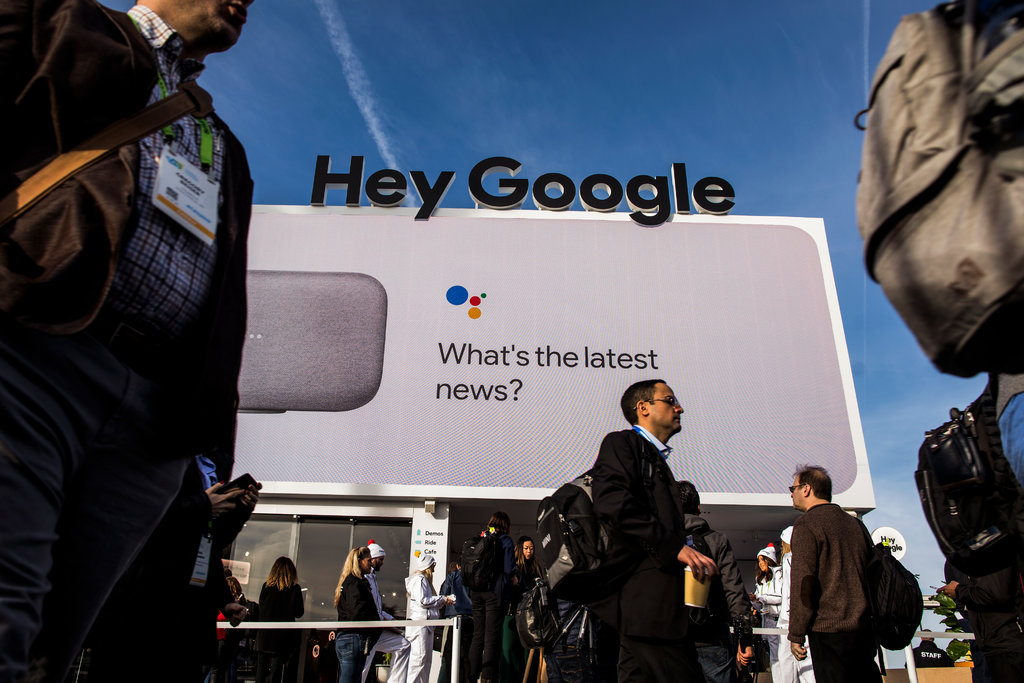 After a recent study, the company gave raises to thousands of men after determining they were earning less than women in similar jobs.

All those companies screaming the loudest about “equality” often have the worst track record when it comes to it.

In the odd case of candidates with a technical, think computer science or electrical engineer, which Google must use a bunch of, an inverted pay structure with women making more than men makes a lot of sense. This assumes an environment where the company is trying to hire as many women as men for those jobs.

My stats on this are a decade old, but there are a lot more males graduating with tech degrees than women. Back in the 90’s and 00’s companies fought over well qualified technical women, especially ones with advanced degrees. When a company is trying to have a 50/50 male/female mix, and the candidate pool is 75/25 or even 90/10 by overall population, the minority population gets bigger pay.

All this crap would go away without government meddling. When we went back and looked at my businesses tech hires over a dozen years, we were easily EEOC compliant, although we never needed to be because of small business size considerations. I always hired the best applicant regardless of what they looked like.

This is the government, under the guise of a gender equality watchdog, controlling the most valuable resource a company has.

I think this is what Libs always bring to the table: loss of freedom.

What will happen is that less capable engineers, scientists, and programmers will move into the jobs of management. Whether they have the right constitution for these jobs will be a coin flip.

The icing on the cake with this whole story is that Google had to conduct an internal audit and investigation based on a lawsuit a bunch of female Google employees filed with the US Department of Labor, alleging that Google was underpaying female employees.

After reading this I learned that after all of these years I’ve been wrong. There is a gender pay gap - and women need to pay their fair share