Just in case you missed it recently, Conservative website publications "Zerohedge and The Federalist have recently been demonitized from using Google advertising. All thanks to an NBC employee who decided to snitch on on these sites for having un-moderated comment sections that dared to criticized BLM. So if some how word gets out about the protection of free speech on this site and Google decides that Political Bullpen does not have the privilege to use google advertising would you be OK with that? We are in some serious dark times, and now is the time to address this issue with the tech companies for reasons that Tucker Carlson just laid out in the accompanied video below. Last time I check, despite the idiots running around destroying shit and shouting racism for speech that they don’t agree with, we still have the constitution, and companies like Google should not have the power to destroy people’s livelihoods based on the content of their speech nor their opinions. We are now reaching a point that something has to be done, and most should be mobilizing in order to address this one important issue, because if we don’t it is going to get much worse, and sites like these will then become threatened as a result.

Take the time to go over this issue and offer solutions on what we can do to put a plan together in order to get active in order to bring the fight to Google front and center. I am ready, and with your suggestions we can start to address this issue once and for all. I am currently in position to act on a few fronts that will bring this issue to the ones who matter and your suggestions will be help in gaining perspective how best to utilize certain resources I have at my disposal. 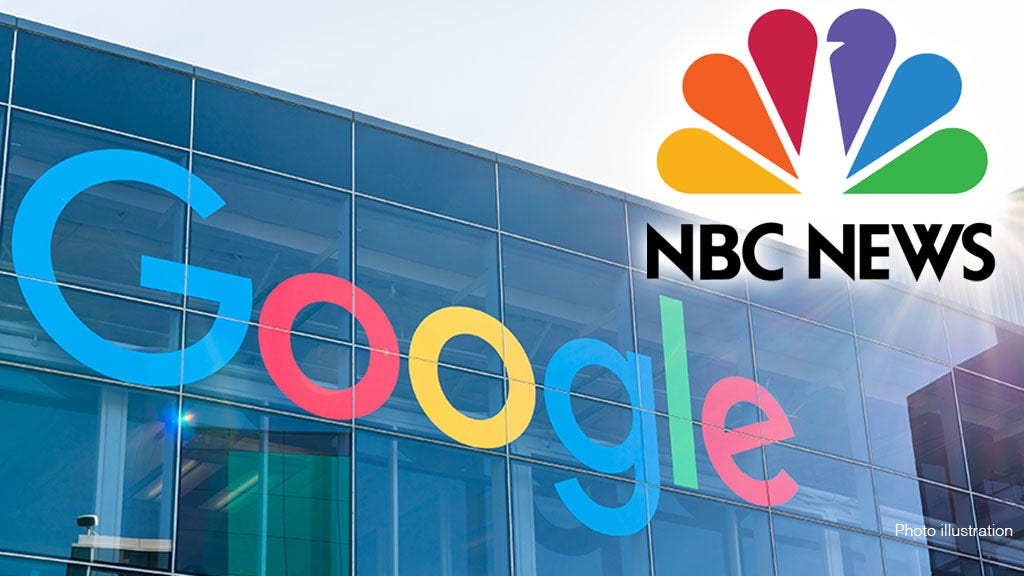 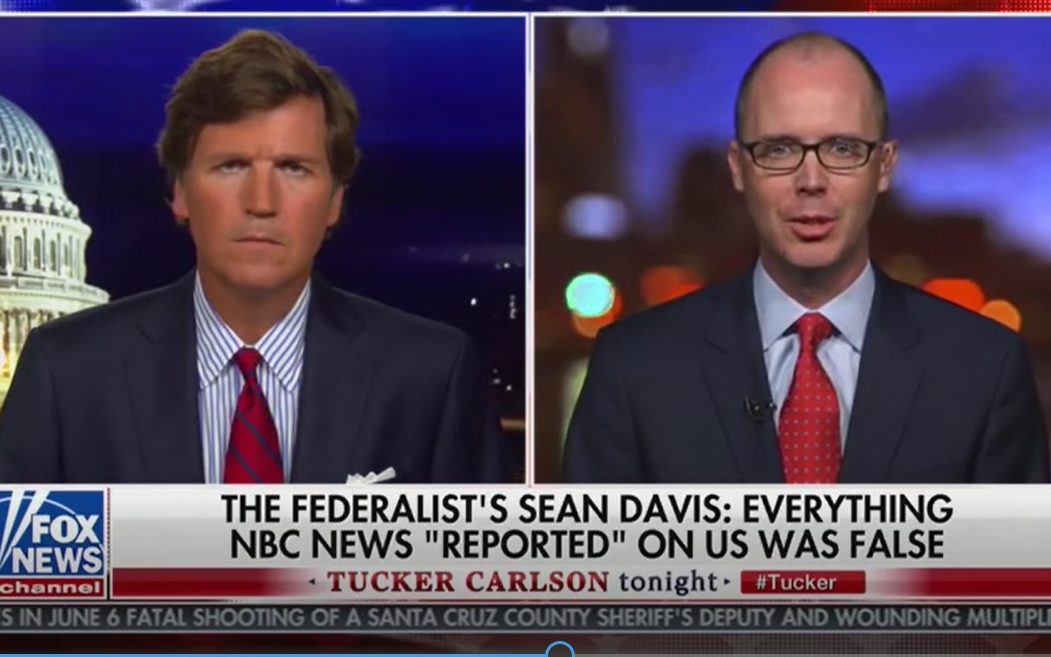 "NBC, the network that coddled Harvey Weinstein and Matt Lauer by the way, had partnered with a foreign left-wing group in Europe to after us," Davis said. Here is the latest response from Zerohedge! 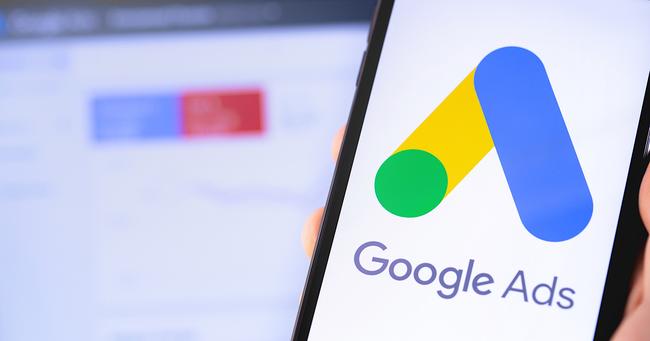 And a photo of the bish who works at London NBC responsible for targeting conservative websites! 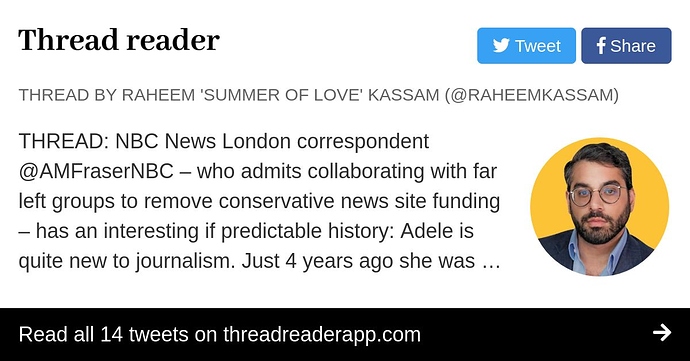 Thread by @RaheemKassam: THREAD: NBC News London correspondent @AMFraserNBC – who admits collaborating with far left groups to remove conserv site funding – has an interesting if predictable history: Adele is quite new to journalism. Just 4 years ago...

@Patriot has been bringing this up for years. While some of these bigger and well-funded sites are feeling the sting, this has been an ongoing problem and continues to be. The left is very good about funding and supporting their own platforms as well as throwing loud enough temper tantrums that their ideological compatriots in big tech do as they say. Those of us on the right have none of that. We do a shit job supporting those who give us a platform to express our views - completely uncensored. We do a bad job of expressing outrage when it is warranted. We are also terrible about organizing.

If anyone actually wants to HELP support small and independent conservative platforms, then they should donate money. If that doesn’t happen then expect places like this to vanish, because as Tucker said…our elected officials are going to do nothing to stop this sort of thing. In fact, they are going to defend it.

I may catch some heat for this, but there is very little incentive for us as an organization to stay operational. At this point, it’s about providing a public service that few seem to value. I’ll keep volunteering but I wouldn’t blame @Patriot for pulling the plug if he gets to that point. The amount of crap that he deals with for just having this site is unbelievable…and he never complains. I’ve never met someone more committed to the ideal of free speech and the unfiltered exchange of ideas in my life. It’s too bad that’s not appreciated as much as it should be. Especially now.

You are right. Conservatives are terrible at all those things. It’s why we progressives have such an easy time steamrolling the right. It has nothing to do with the conspiracies that most of you cook up. It all comes down to money. For some reason, conservatives have yet to grasp this concept.

We have ideological differences on the left but we can all set those differences aside to achieve a goal and support those who give us a space. Conservatives will never get there. There aren’t as many of us on the left here, but of those who are we have a higher percentage of donating members than those on the right. I donate because I use this site, not because I agree with any of you. In fact, I donate or pay for every site I use because it’s the right thing to do. As you noted, progressives do this well. We frequently pay to play because we understand that small and independent businesses can’t stay afloat on ads and occasional donations alone. Consistent funding is required. We’ve known this for years and we spend, as a group, a considerable amount of money on things that we support. I personally don’t agree with a journalist using her position to knock down her ideological opponents through demonitization. I think it’s better to win the argument. With that being said…I don’t see conservatives ever getting to the point where they can compete with progressives ideologically or financially. It’s our world and you all are just living in it.

I’ve always laughed my ass off at these right wingers who kick and scream about demonitization but never contribute any of their money to the things they care about and use…then accuse us of being free riders! We pay for their platform to whine about us

and we don’t even get a thank you from any of them. Not surprising though.

Normally I’d advise you not to give them any good ideas but this is just painful to watch. I liken it to stumbling upon a person dying of thirst in the desert and feeling compelled to give them some water. How do these people, who believe that they are so politically aware and sophisticated, not understand that in order for the political organizations and groups that they support to succeed that they will need to part with some of their money to make that happen. I guess I shouldn’t be surprised by any of this. Instead of using my own words, I think Dr. Martin Luther King Jr said it best,

Perhaps they are finally beginning to grasp this concept? They seem to be avoiding participating in this thread because @Dr_Manhattan essentially highlighted the hypocrisy of demanding the need for support and action without actually contributing anything to it. If there was ever a step on the proverbial rake moment, this was it.

@Tyfoon - please tell us how much is required to support the monthly expenses of this site. We will collectively cover it, but there will be some conditions associated with that level of support from us.

I second this. We pay the tab, we set the rules.

So in other words you really don’t believe in free speech only in a mechanism to control it? When you can’t defend your ideas just shut it down because it doesn’t agree with yours! Bravo!

I think it’s better to win the argument. With that being said…I don’t see conservatives ever getting to the point where they can compete with progressives ideologically or financially. It’s our world and you all are just living in it.

That is a bunch of nonsense! Just think about the food you eat! It’s not overwhelming produced by progressives! And ideologically speaking the majority of your side can’t defend your ideas when everything is based on hyperbole, lies, and flawed thinking! If your really want proof of this all one has to do is pull up the majority of your posts to see that as being true. Most of you live in an alternate universe and not in reality!

I guess that means the ads are not enough to cover expenses.

Looks like action is going to be taken! If the regressives want to advocate that it’s theirs then they should have no problem of not having anymore protections under Sec 230 and be declared a publisher. Only leftists want to make this a partisan issue! Fine! Live with the consequences!

Timing is everything… When NBC published their background conversation with Google yesterday the media outlet made a big legal mistake.  NBC not only outlined the mechanics of a racketeering …

Within hours of realizing the consequences of the publication, the legal offices of NBC and Google both activated and attempted damage control. The NBC article was completely rewritten and the communication between them and Google –as quoted– was removed. For its part Google published a statement saying no action had been taken, and later they professed no action would be taken. However, the damage was already done.

NBC’s hubris put both Google and NBC in the sunlight of their own admissions.

Google’s monopoly control of internet ad revenue made their agreement with NBC to target a competitor a transparent, and admitted, antitrust violation. Without question, that stark admission is what triggered the timing of the DOJ public statement today.

Screw these leftist clowns. I’ll donate. Just tell me how much and where.

I look forward to the day when right wingers stop “debating” left wingers who are simply unreasonable people. Nothing is gained by doing this and it’s a waste of time.

They’re hostile and uncooperative. They don’t deserve being treated like a good faith opponent. They’re not part of our same team with a different view. They are literally the enemy.

Also - all you cheap motherfucker need to donate. Anyone who posts from now on who doesn’t have a green symbol next to their name is a no good welfare leech that deserves no quarter.

No mention of Google aiding the Chinese military? Who is asking the tough questions here? Of course Americans are frustrated, because DC does nothing until its too late. Also - all you cheap motherfucker need to donate. Anyone who posts from now on who doesn’t have a green symbol next to their name is a no good welfare leech that deserves no quarter.

Not everyone who donates wants a green symbol next to their name.

If Congress doesn’t bring fairness to Big Tech, which they should have done years ago, I will do it myself with Executive Orders. In Washington, it has been ALL TALK and NO ACTION for years, and the people of our Country are sick and tired of it!
Dr_Manhattan July 31, 2020, 1:26pm #20