Gold-Digging Widow of Racist Maryland Rep. Elijah Cummings to Run for His Seat 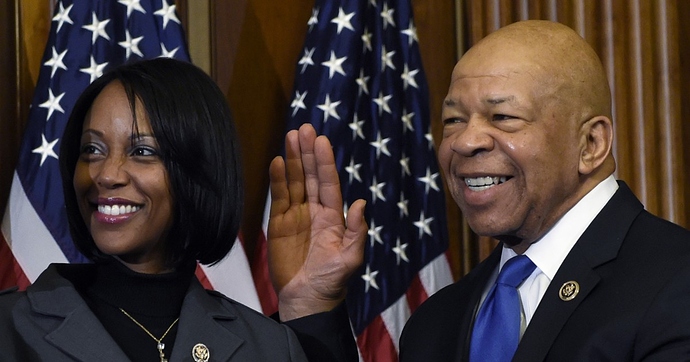 Expect her to take his seat quickly as “Orange Man Bad” and “Whitey Must Pay” are both very popular political positions in the shithole City of Baltimore.

The widow of late Maryland Rep. Elijah Cummings said Monday that she plans to run for his old seat in Congress.

Maya Rockeymoore Cummings said in an interview with the Baltimore Sun that she is still mourning the loss of her husband — but he wanted her to take the mantle.

“I am, of course, devastated at the loss of my spouse, but his spirit is with me,” the 48-year-old Rockeymoore Cummings told the paper.

Cummings, a Democrat and fierce critic of President Trump, died on Oct. 17 after serving more than two decades in Congress.

Rockeymoore Cummings, a former 2018 candidate for governor of Maryland, said that the two agreed that she should run.

“That was a discussion we had some months ago,” she said.

“In the end, he was conflicted about whether he should resign or stay in office. We thought there might be a turnaround. It didn’t happen.”

The candidate also told MSNBC’s Rachel Maddow that she “fought right alongside of Elijah.”

“I’ve been on this path for fighting for the soul of our democracy, for fighting for health care, education, for a better America for all,” she said. “And so he wanted me to continue this fight.”

A formal announcement is set for Tuesday. 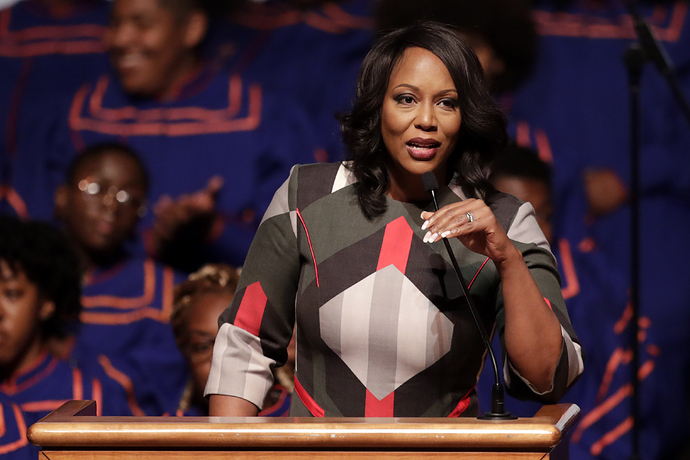 Widow of Maryland Rep. Elijah Cummings to run for his seat

Maya Rockeymoore Cummings, the widow of late Maryland Rep. Elijah Cummings, said Monday that she plans to run for his old seat in Congress.

She sounds as cringey as I would expect. I hope she loses that race in a landslide just like she lost the governor’s race.

Nothing but empty words and zero substance. Trump supporters have done more for Baltimore in the last 6 months than her or her dirtbag husband did in his entire career representing the city.

She will win because of the " High IQ" voters in the district.

Before this election takes place someone needs to take a hard look and see just how many dead people are on the voter rolls. The people of Baltimore need a Republican leading them back into prosperity. Baltimore is a beautiful old city with so much wonderful architecture, infrastructure, and potential. There’s no reason why it can’t be one of the greatest cities in America again. The people just need to decide to put Republicans in office.

But the Repubs won’t give them the freebies from taxpayers that they want .