Hot on the heels of the angry French motorists come the Krauts. Stuttgart has banned Euro-4 diesel engines (that’s an emissions class) from entering the city, and will extend that to residents not being allowed to use them from this April.

Worse… the ban will be extended to Euro-5 emissions class from this Fall. That is vehicles meeting emissions regulations that were in force for manufacture pre-2011.

Sit back and wait…

Interesting…I am now convinced that Yellow Vests are just controlled opposition set up by Merkel so as to cause chaos in France and now in Germany, in order for Merkel to use it as a big excuse to further destabilize both France and Germany, and to further advance the plans for the EU Army and EU Government.

It’s all just a setup from the beginning.

After all is done, Merkel will have her goals accomplished, Macron will act as the typical surrender monkey, and the EU Army will be set up, because Merkel will say “see, those Yellow Vests would have never risen if we had our Army!”

That’s a fun theory but remember, Europe has been under American occupation since WW2. Macron wants independence from both USA and Russia. The US would have a motive to remove him for saying this. Think about it - Macron’s attempt to put this topic in the main stream discussion was enough to create this proxy uprising. 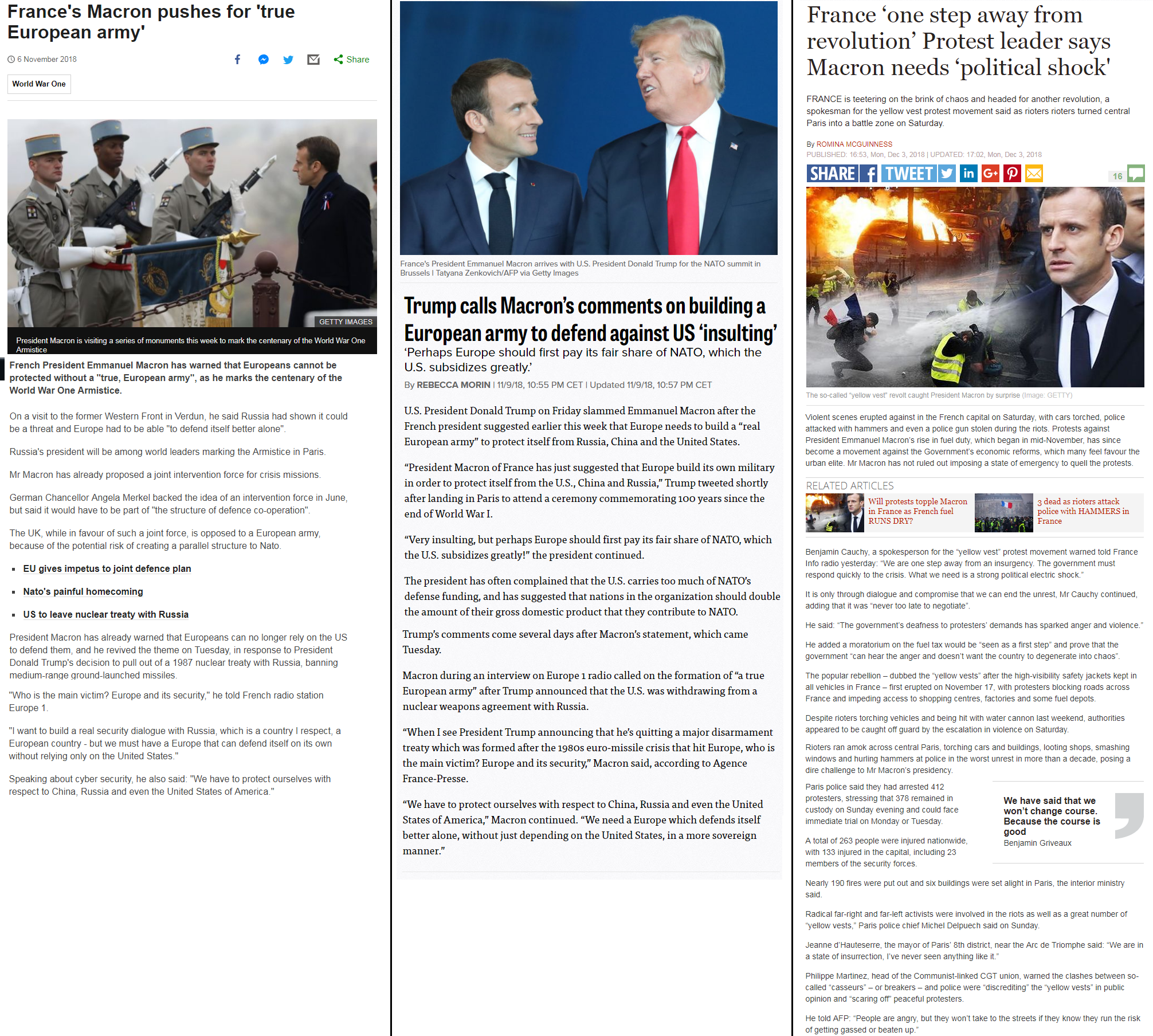 @Humongous The goal is a GLOBALIST “European” federation not a German reich my friend. If Mama Merkel wanted a GERMAN reich she would have kept her country clean and shilled everyone else into taking migrants — that didn’t happen though.

@BasedSlav if it were a true proxy uprising it would be reported everywhere. The opposite has happened - there was a Euro bank run nearly two weeks in a row and it has been extremely under reported.

Ok, why is it not the Burgers of Stuttgart doing a Macron and being totally out of touch with their electorate?

Now Macron is getting heavy!