I support this. Waves of American wealth and diversity will flush Ghana, making it a powerful nation-state rivaling that of the US and China. Please make this a reality. Please make Ghana diverse!

If Ghana is run by all black people, it HAS to be better and less racist than white-supremacist US for sure, 100%.

Ghana, considered a gateway of the brutal slave trade to the United States that began more than 400 years ago, is urging “unwanted” Americans of African heritage to resettle within its borders in the wake of the police killing of Minnesota resident George Floyd.

During a memorial and wreath-laying ceremony in honor of Floyd last Friday, Ghana’s Minister of Tourism, Arts, and Culture Barbara Oteng-Gyasi invited African Americans to “re-settle in Ghana if they feel unwanted” in the United States, the Independent Ghana news outlet reported.

Racism in America continues to be a deadly pandemic, for which for more than 400 years now, our brothers and sisters in the United States of America have yearned for a cure.

We continue to open our arms and invite all our brothers and sisters home. Ghana is your home. Africa is your home. We have our arms wide open ready to welcome you home. Please take advantage, come home build a life in Ghana, you do not have to stay where you are not wanted forever, you have a choice and Africa is waiting for you.

On Monday, NBC News reported that the African country had expanded its “Year of Return” initiative, an effort launched last year. As part of the initiative, Ghana called on the African diaspora across the world to “come home.”

“We know of the extraordinary achievements and contributions they [Africans in the diaspora] made to the lives of the Americans, and it is important that this symbolic year — 400 years later — we commemorate their existence and their sacrifices,” the Ghanaian president declared.

The Ghanaian government launched the 2019 effort to mark 400 years since the first documented slave ship left Africa to the U.S. state of Virginia.

Now, the [Ghana] government is expanding the idea with a new initiative, “Beyond the Return,” which invites black people to invest financially and socially in Ghana. According to officials, the country is making a pathway to citizenship easier for foreigners and reforming the visa process to make the country more accessible to travelers. It hopes to increase tourists’ visits from 1 million to 8 million by 2027.

Ghana’s 2019 initiative successfully attracted some black Americans, including some who resettled permanently and were granted citizenship in the country.

“When we start with the fun, they see that traveling to Africa is not that bad,” ■■■■■ Thompson, an Atlanta native living in Ghana, told NBC News. “It’s not all safaris and beaches. There’s more than just what you think you understand about the continent, and especially about Ghana.”

Some African Americans have said they moved to Ghana to escape racism.

As part of the “Year of Return” effort, Ghana hosted historic tours, parties, celebrations, and the Afrochella music festival that featured American hip-hop artist Cardi B. among other artists.

Ghana has been urging the African diaspora to at least travel to the African country for years. 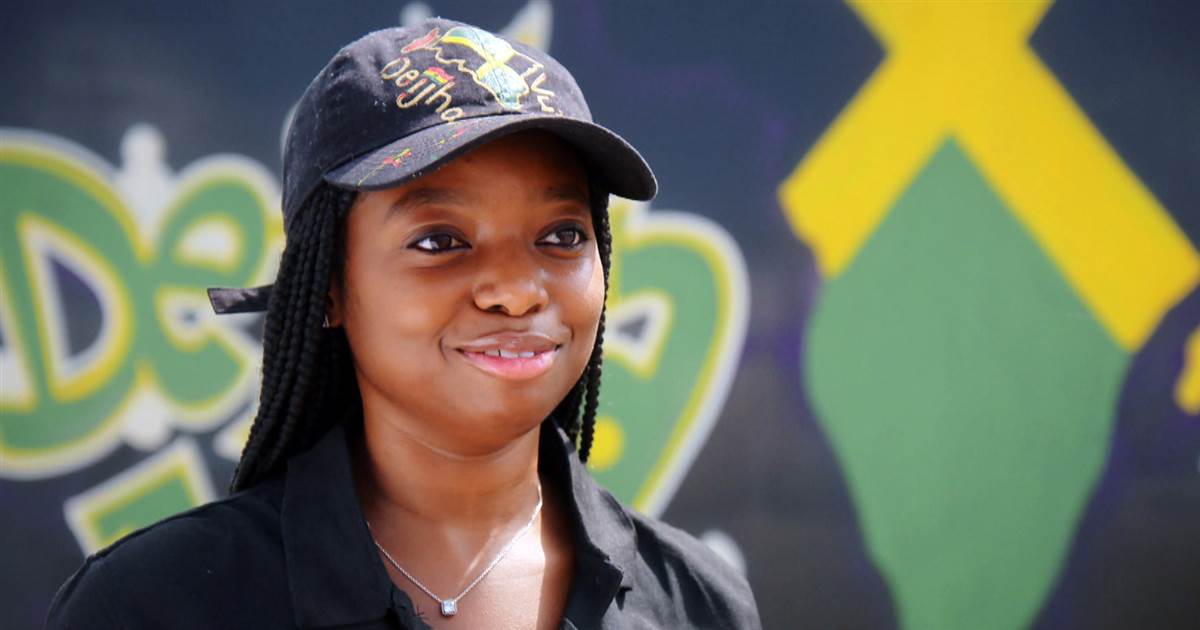 "It's not all safaris and beaches. There's more than just what you think you understand about the continent, and especially about Ghana." 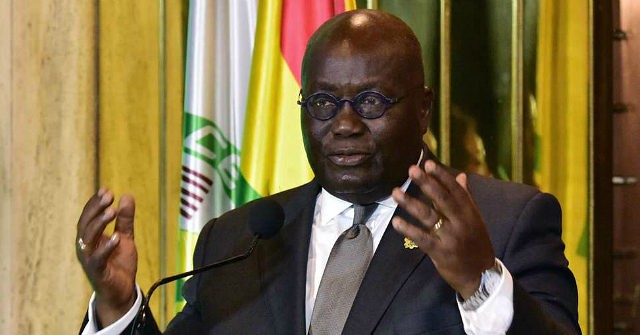 Ghana is urging "unwanted" Americans of African heritage to resettle within its borders in the wake of the police killing of George Floyd. 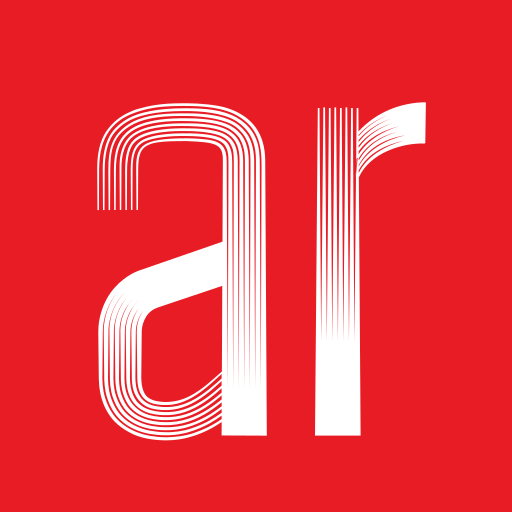 Ghana, a place for African-Americans to resettle

After passing the “Right of Abode” law, which grants African Americans an indefinite “right to stay,” Ghana became the first to open its doors to people of African descent to settle in the country.

Out of Africa: Ghana Invites Blacks Back to the Continent

A campaign in Ghana invites African Americans to come back home 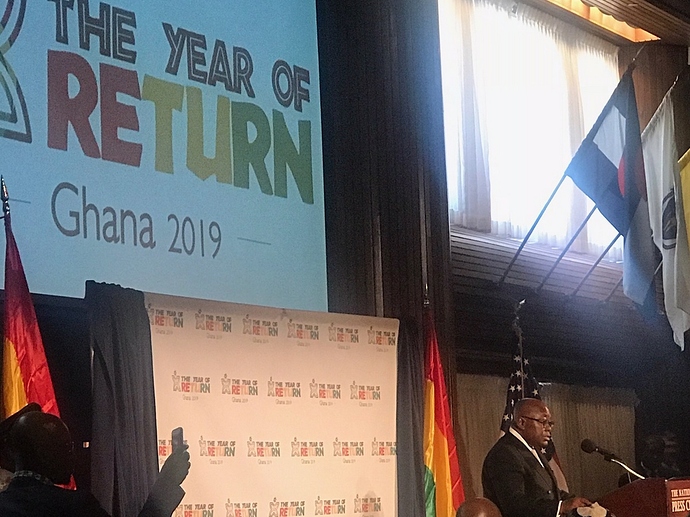 By Micha Green, AFRO Washington, D.C. Editor, mgreen@54.204.251.142 Four centuries ago Africans were taken from the Ghanaian coast and shipped to the Americas, and now 400 years later the country is calling her descendants back home. At a...

Blacks won’t leave America and move to any banana republic.
Just like Dems and rich liberals didn’t move to Canada after 2016 (despite the fact that Canada isn’t a banana republic)

I think this is a great idea! Let them build their own society and civilization for once, even though they have never been able to do it in the course of their history they at least deserve to try now.

Looks more like an opportunity for those who want to build careers and businesses.

The looter mentality would probably not be welcome.

They won’t ever leave. Remember, everyone who didn’t help build our society has a right to live in it but no obligation to maintain it.

In fact they have a right to destroy it while demanding we reconstruct it more to their liking.

They have a right to live in our society without us in it while we pay for it.

This isn’t serfdom because serfs at least were attached to land in order to produce so there would be something to tax.

They were not required to create bricks without straw or mud. 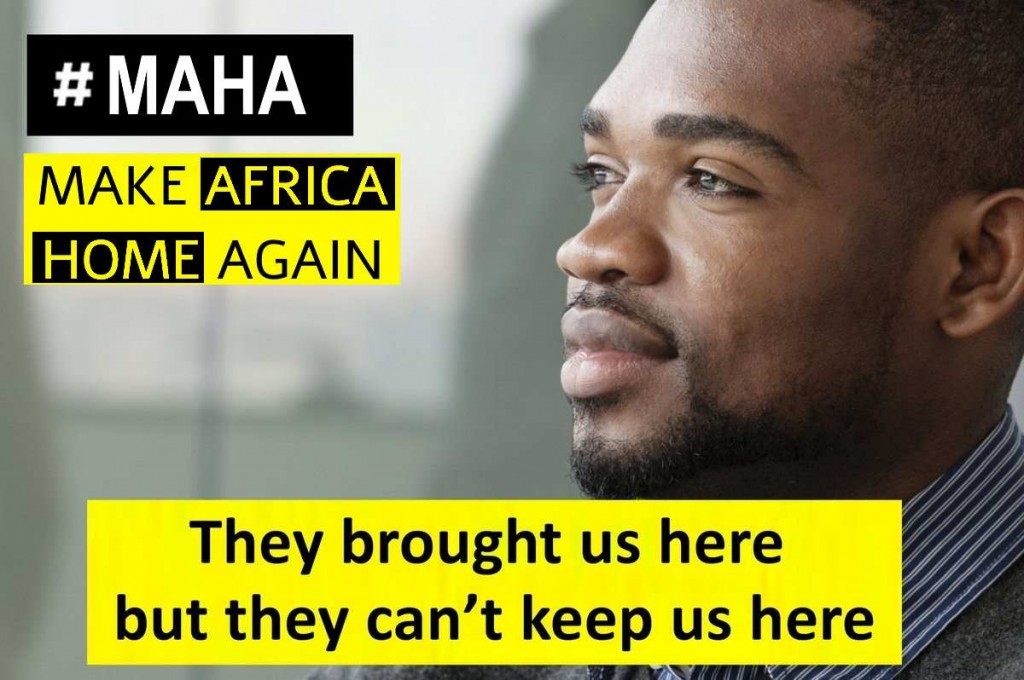 They won’t ever leave. Remember, everyone who didn’t help build our society has a right to live in it but no obligation to maintain it.

In fact they have a right to destroy it while demanding we reconstruct it more to their liking.

A defining point of racism… 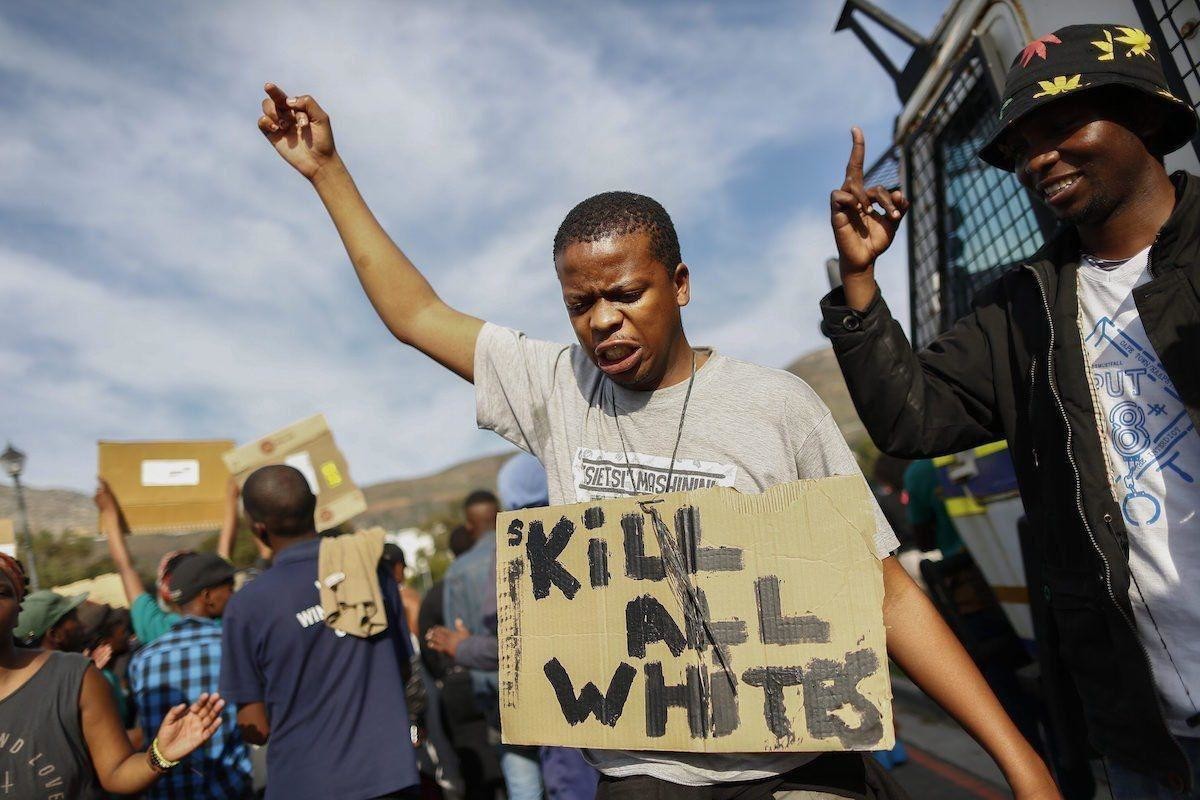 That’s racist TOO! Is that your defense for YOUR racism???

My defense for my racism? Me just existing or wearing a god damn Hawaiian shirt is racist now. Might as well run with it since no matter what I do I’m a racist. They want to bitch about racism? They are quickly pushing the whole country in that direction. They bit the hand that feeds. Let’s see how well that works out in the long run. 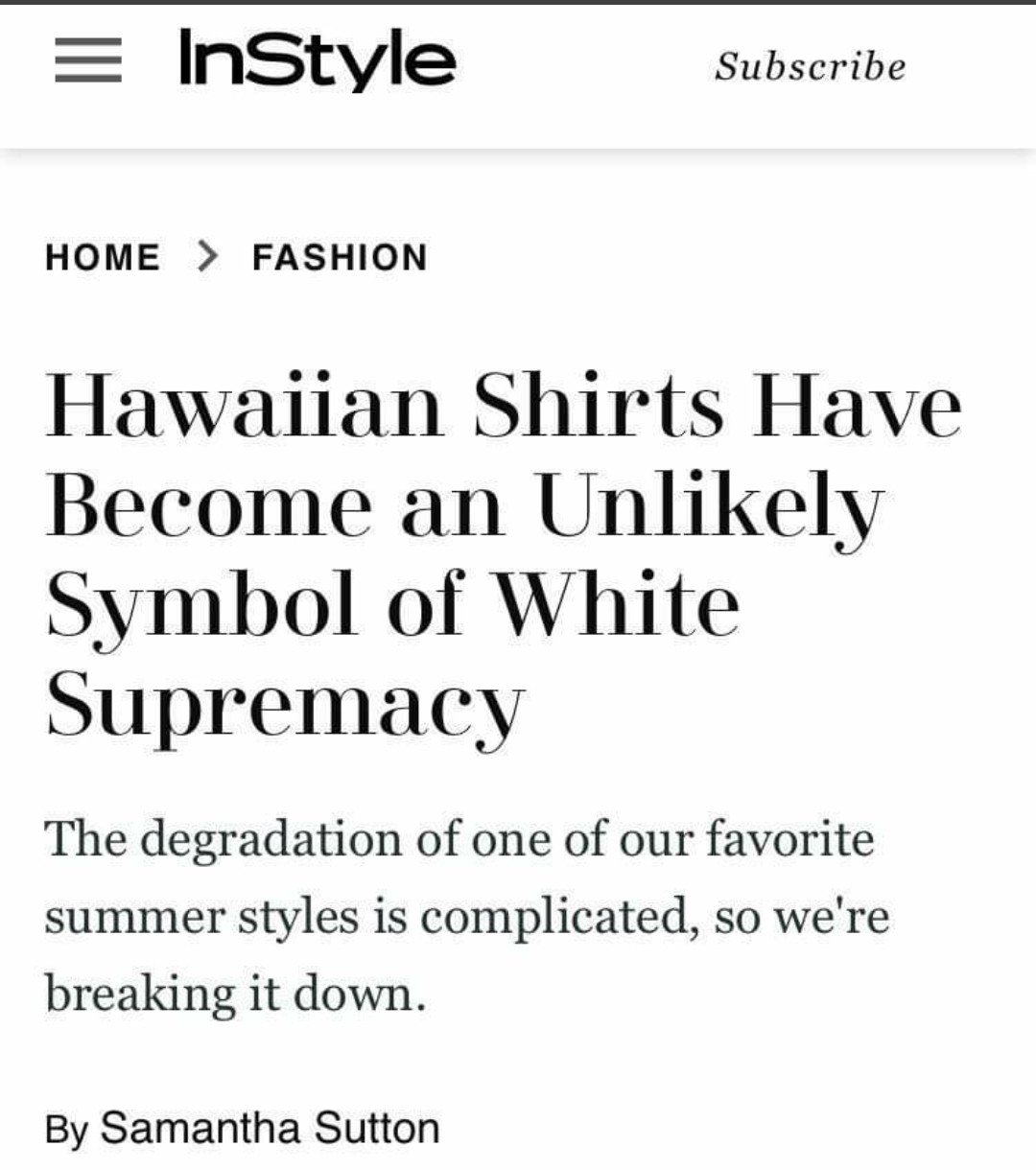 Me just existing or wearing a god damn Hawaiian shirt is racist now.

Who in the hell has made that case…

Liberia began as a settlement of the American Colonization Society (ACS), who believed black people would face better chances for freedom and prosperity in Africa than in the United States.[6]

Between January 7, 1822, and the American Civil War, more than 15,000 freed and free-born black people who faced legislated limits in the U.S., and 3,198 Afro-Caribbeans, relocated to the settlement.[7]

In Slaves to Racism: An Unbroken Chain from America to Liberia , Benjamin Dennis and Anita Dennis argue that the Americo-Liberians replicated the only society most of them knew: the racist culture of the American South. Believing themselves different from and culturally and educationally superior to the indigenous peoples, the Americo-Liberians developed as an elite minority that held on to political power.

Corruption is endemic at every level of the Liberian government.[74]

Rape and sexual assault are frequent in the post-conflict era in Liberia. Liberia has one of the highest incidences of sexual violence against women in the world. Rape is the most frequently reported crime, accounting for more than one-third of sexual violence cases.

What do you expect from these people, whatever their nationality? 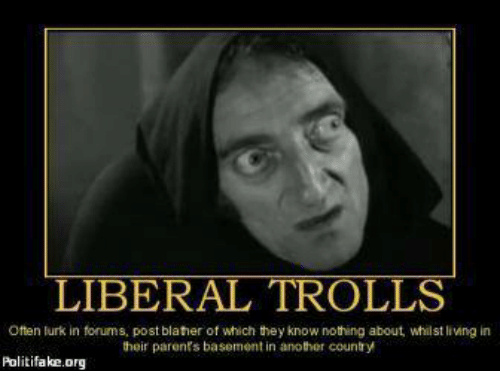 Oh please, they will not leave as this is paradise compared to the countries their ancestors came from.

The journey on ■■■■■■■■■■■■ slave ships was certainly rough, but African Americans today should thank their ancestors for having made that journey, instead of bitching about it.

Oh please, they will not leave as this is paradise compared to the countries their ancestors came from.

From the article it seems like a pretty good and friendly place.

More geared toward the educated and entrepreneurs.

I doubt they want to import the looting class mentality and rightly so.

All I can say is; bon voyage.

Why don’t you go back to whatever ancestral homeland that you have? Do you think all people of African American descent originated from Ghana? also, they were brought here against their will and have every right to remain here. Racist whites can pack and leave…but sorry…no European country in their right mind would take you.

Nor would any country take a person like yourself after talking briefly with you. 2 minute rejection at best.