Imagine “fleeing” for refuge and then taking vacation in your shithole home country. Just nuke Germany, they are too cucked to go through with these “threats” anyway.

“If somebody, a Syrian refugee, regularly takes holidays in Syria, he cannot honestly claim to be persecuted in Syria,” Seehofer told Bild am Sonntag weekly.

“We would have to strip him of his refugee status,” he added.

As soon as German officials learn of such trips, they will launch a probe into the migrants’ refugee status, Seehofer added.

The Bavarian conservative did not say how many people would be affected by this policy.

German officials are currently unable to deport people to Syria as the Middle Eastern country is considered unsafe. The ban is set to expire at the end of 2019, although there is an option to prolong it.

Talking to the Sunday edition of the mass-circulation Bild newspaper, Seehofer said German authorities were closely monitoring the situation in Syria.

“When the conditions allow, we will conduct deportations,” he said.

Seehofer has repeatedly clashed with Chancellor Angela Merkel over her refugee policy, which he believes is too liberal.

Some 780,000 Syrians have migrated to Germany in recent years, fleeing the civil war, which started in 2011. The Syrian regime, led by President Bashar Assad, now controls most of Syria. The fighting and airstrikes continue in the nation’s northwest, mostly in the Idlib province, which is still controlled by the rebels. Hundreds of thousands of people have lost their lives in the conflict. 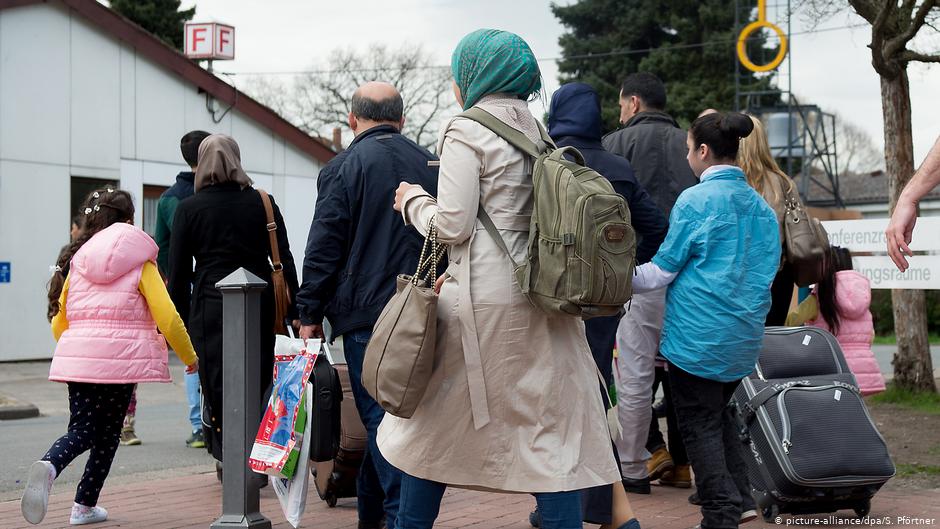 Refugees who return to Syria for holidays might lose their refugee status in Germany, German Interior Minister Horst Seehofer told the Bild newspaper. Some newcomers simultaneously claim to be fleeing persecution there.

They aren’t refugees. They are economic migrants who only want to steal the resources of the German taxpayer and the EU system. It’s probably one of the largest welfare scams in history.

Wait - I thought that Syria was so terrible that Germany had to open their borders and take limitless amounts of “refugees” because things were so bad! Sounds like it’s time for them to go back!

German officials are currently unable to deport people to Syria as the Middle Eastern country is considered unsafe.

This is what it looks like to destroy a once great country and an economic juggernaut. Stupid policies like this. Most of the world is “unsafe” by Western standards.

Germans made these policies and Germans can unmake these policies. If the globalists want to keep open borders then they better be prepared for riots in the streets because eventually the people will take their countries back.

Hausfrau Merkle is largely responsible for the flood of immigrants into Deutscheland. The CDU and SDU coalition has ruined the country.

This is beyond idiotic. Germany is being openly MOCKED by the Syrian usurpers.

EVERY nation needs to rethink accepting any Syrian “refugees.”

How would anybody know they were Syrians? They could be bloody Timbucktooans for all anyone knows because they somehow manage to 'lose ’ their ID en route. I can’t believe the Germans are so breathtakingly gullible. Nor the rest of northern Europe either, including GB.

A perfectly reasonable policy that I’m sure is going to inflame the hell out of the liberal left all over Europe.

Who takes a vacation to a Country you claim will harm you ? SMH