Germany says it will abandon its NATO spending commitments

Is this what winning looks like? How much do you guys want to bet that Trump isn’t going to do anything other than get pissed off on Twitter about this. Trump isn’t going to end NATO. He isn’t going to make Germany pay up. Germany now gets to humiliate the United States without repercussion. Just wait, other countries are going to jump on the bandwagon. This will be Trump’s red line.

Germany says it will abandon its NATO spending commitments and invest even less than promised. Germany has been paying far less than agreed upon for years now. Meanwhile Germany pays Russia billions of dollars for gas, despite Russia being Germany and EU’s main reason for NATO.

Then it is time to kick them out

What are you guys not understanding. Trump is going to get smashed on by Mama Merkel and he isn’t going to do a damn thing about it. NATO isn’t going anywhere by the way @ProudAmerican - Trump is talking about moving Brazil into NATO (which is retarded)

At least Brazil will pay their dues. Germany shoild be kicked out we don’t need their tired ol ass

Here’s an idea: We close our military bases in Germany, downsize and move what we need to into Poland, then watch the Germans freak out that their free ride is over as their economy tanks.

We should just shut NATO down. It’s stupid. All we’re doing is giving military personnel and DOD bureaucrats an all expenses paid vacation in Europe on our tax dollars. Time for the Europeans to stand on their own two feet. We should shut everything down and pull all of our troops and civilian bureaucrats out.

Just wait, other countries are going to jump on the bandwagon. This will be Trump’s red line.

If we are being completely honest, you are correct. President Trump must not allow this to stand. After seeing this I started searching through the news and saw that the Germans are ready to kick our ambassador out of the country for publicly calling them out for not contributing what they owe to NATO.

This is getting ugly and the Germans are seeing how far they can push the envelope. 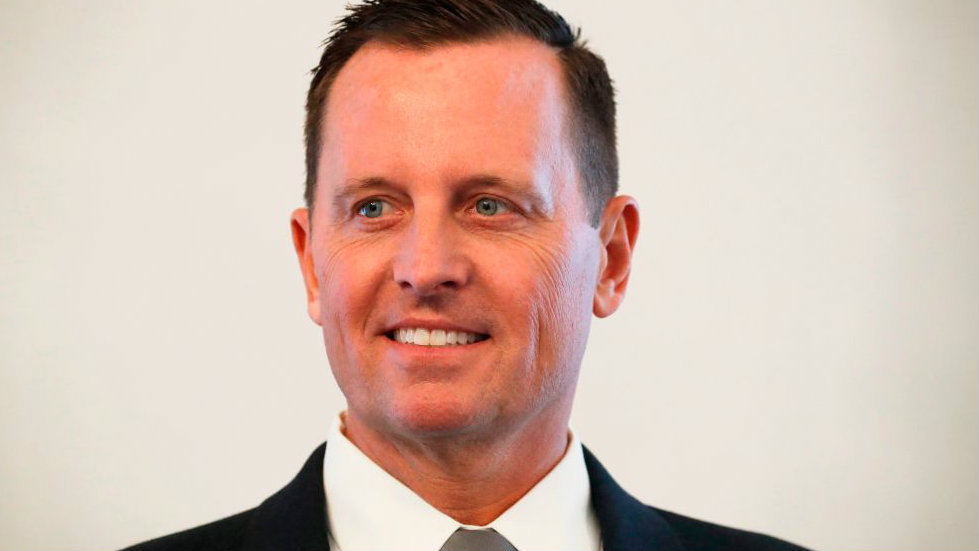 German opposition politician calls for US ambassador to be expelled

A top politician in one of Germany's opposition parties on Tuesday called for U.S. Ambassador Richard Grenell to be expelled from the country.

Here’s an idea: We close our military bases in Germany, downsize and move what we need to into Poland, then watch the Germans freak out that their free ride is over as their economy tanks.

I remember back during the days of the so-called peace dividend that some German high mucky muck said we shouldn’t close our bases in Germany because it would hurt their local economies.

I’ve been in favor of hurting their local economies by doing just that ever since.

Boot em out and slap a tariffs on em. If other European nations want to follow let em. But I think most of them would remain under United State umbrella, specially those from former Soviet block.

UK might have mixed feeling about it but I think they well support us…French not so much.

Last year we racked up nearly 70 billion trade deficit with Germans. Let the Germans and Russian unite…that will drive other European countries closer to United States.

Someone have a link that has Merkel saying Germany is going to reduce its payments to NATO? She has been questioning Trumps commitment to NATO but it’s unlikely either one would walk away.

Germany is uncomfortable with Trumps attempt at easing relations with Russia. They have always considered American Presidents cowboys liable to push the US to go it alone at anytime.

Germany’s problem is it is carrying the EU’s move to socialist policies on its shoulders.

So our policy should be whether we are more secure as Member of NATO or not and craft a policy with that in mind.

Who the hell do these Germans think they are! We have been protecting them for decades now! We are the only reason they don’t have a wall running through the middle of their country. This is how they thank us? Screw pulling out of NATO - let’s declare war on Germany and take out money back!

Does anyone found a creditable source other then this stupid tweet?

Because only thing I’ve found is this…and half of it is old news.

The Germans refuse to pay their fair share, again.

End NATO.
Join forces with Russia.
Watch Turkey burn Germany to the ground.
Point and laugh.
Kill Turkey.
Resettle Germany with real men and women.
Dare Europe to complain.
Mock them as they burn to the ground under Turkish attack.
Then wipe out Turkey again.
Repopulate Europe with buffalo herds.

Go on massive annual buffalo hunt across the plains of France.

Laugh about how France died.

Remember we had the German problem before Trump was elected.

I think it’s time to just let Germany leave and join Russian sphere of influence. They don’t want Americans there and we don’t want to be there.

As I said…that will drive other European countries closer to United States…that will weaken EU.

Like to hear what our friends across the pond has to say concerning this.

Gotta say considering the history of Russian and German alliances …I can’t help but chuckle at the thought.