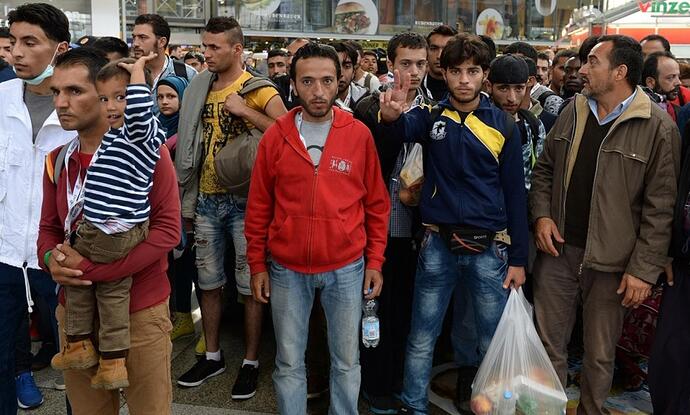 Police in the German capital of Berlin will no longer be reporting the migration background of criminal suspects under the age of 21 after the Berlin Senate scrapped the policy, claiming it had no relevance.

The Senate Administration confirmed that the police will no longer be recording and publishing the migrant background of criminals under 21 after the policy had been in place for over a decade, since 2011.

“The registration of the migration background of suspects under the age of 21 for crimes such as murder, manslaughter, rape, sexual assault or brutality, which was introduced in 2011, has been discontinued,” the Senate Administration said in a statement and noted that the policy had been discontinued on August 3rd, RBB24 reports.

According to the Senate Administration, the ability to record the migration background of young suspects was done in order to provide data to shape future policy but stated, “In police practice, however, this unique criterion has not developed any relevance for Berlin.”

RBB24 also notes that Berlin has a significant population of young people from migrant backgrounds and that recording their backgrounds simply may no longer be useful due to the large number of people the category represents.

The ending of the policy comes after years of reports of the disproportionate level of crime perpetrated by people of migrant backgrounds in the city, with a 2017 report claiming that as many as half of the crimes committed were done by people who did not hold a German passport.

Germany’s migrant-background population overall represents around a quarter of the entire population of the country and is especially high among younger generations in certain areas.

In the region of North-Rhine Westphalia, migrant-background pupils are the majority in nearly 1,000 of the region’s 2,787 primary schools, with 54 of the schools having between 90 to 100 per cent of their students from migrant backgrounds.

“Anyone who still speaks of ‘integration’ as a solution to mass immigration wants to deceive,” populist Alternative for Germany (AfD) MP Carlo Clemens stated and added, “If the current demographic developments continue, it will be the children without a migration background who will have to integrate.” 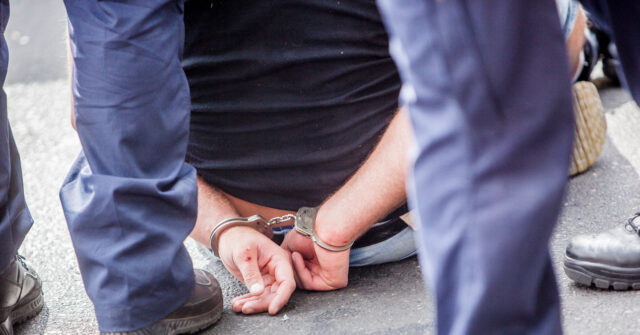 Police in Berlin will no longer report the background of criminal suspects under the age of 21 because it is not 'relevant' information.

I wonder if all those stupid German women are still holding up their “refugees welcome” signs?

In recent years, Europe has seen a dramatic increase in the number of migrants and refugees entering the continent. This influx of people has put a strain on European resources and has led to an increase in violent crimes, particularly those committed by migrants.

As a result of this violence, there has been a growing movement among Europeans to document these crimes. This documentation takes many forms, including social media posts, news articles, and even government reports. The goal of this documentation is to raise awareness of the violence being perpetrated by migrants and to call for stricter immigration policies.

There is no question that the influx of migrants into Europe has had an impact on crime rates. In 2015, Germany saw a 42% increase in violent crime, with much of that increase attributed to migrant criminals. Sweden, which has also taken in large numbers of migrants, has seen similar increases in crime. In fact, a report from the Swedish government found that migrants were responsible for 77% of all rapes committed in the country between 2012 and 2017. Those numbers continue to climb.

These increases in crime have led to a rise in anti-migrant sentiment among Europeans. This sentiment is exacerbated by the fact that many of these crimes are not being reported by the mainstream media. Instead, they are being widely shared on social media and other online platforms. For example, the hashtags #rapefugees and #migrantcrime are popular among anti-migrant groups because they allow people to share stories and statistics about migrant-committed crimes without having to worry about them being censored or removed.

Now that Germany has taken this latest step to censor reality, I suspect that we will find reports made by individual on social media, and other online platforms, increasing.

What about the complications of documenting violence against migrants in Europe? First and foremost amongst these is the fact that many victims are reluctant to come forward for fear of reprisals from their assailants or deportation by authorities. Additionally, language barriers can make it difficult for victims to communicate their experiences to authorities or service providers. Furthermore, undocumented migrants may be hesitant to interact with police or other state officials for fear of being detained or deported.

Another organization working to document migrant violence in Europe is the Refugee Rights Data Project which was set up in 2016 in response to the lack of reliable data on abuses against refugees and migrants in transit through Europe. The project collects testimonies from refugees and migrants about their experiences of violence and abuse using an online platform called documenting-abuse.org. Testimonies are collected in English, French, Farsi, Arabic, and Kurdish.

Oh give me a fucking break! They are called “rapefugees” for a reason. They deserve whatever they get from anyone in the native population unwilling to tolerate their unwelcome presence. 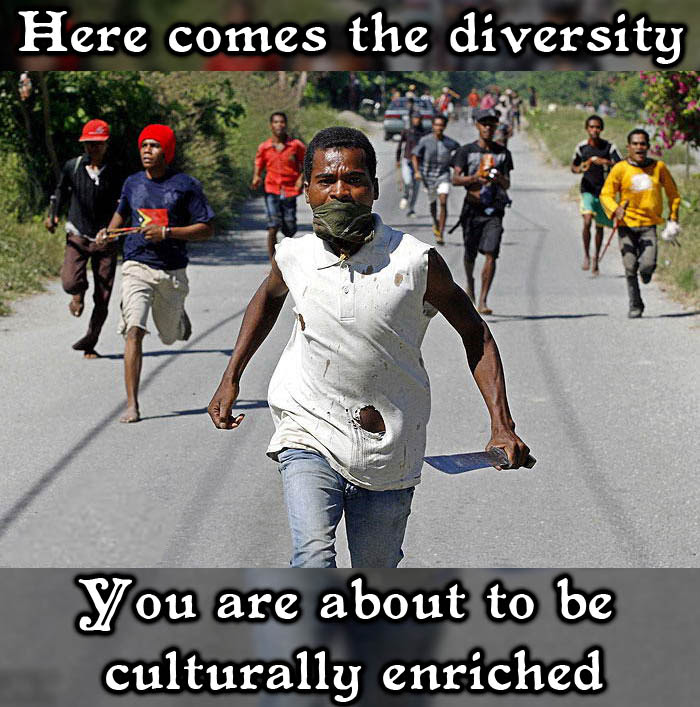 When large numbers of people migrate from a Third World country, they often take their culture with them. This is a form of cultural genocide, as it erase the unique traditions and customs that make each European culture special and imposes customs of a culture not native to the region.

Makes you wonder how many of these illegals sneaking into our Country with NO resistance are wanted for major crimes . I hope these sanctuary cities see a 50,000 % increase in rapes , murders , and assaults !!!