No diversity of thoughts here!

A state lawmaker in Georgia drew backlash from fellow Democrats on Tuesday after endorsing President Trump for reelection.

State Rep. Vernon Jones, whose Atlanta-area district includes parts of DeKalb and Rockdale counties, argued that the president’s policies have helped him and other African-Americans.

“It’s very simple to me,” Jones said, according to the Atlanta Journal-Constitution. “President Trump’s handling of the economy, his support for historically black colleges and his criminal justice initiatives drew me to endorse his campaign.

“There are a lot of African-Americans who clearly see and appreciate he’s doing something that’s never been done before,” Jones added. “When you look at the unemployment rates among black Americans before the pandemic, they were at historic lows. That’s just a fact.”

But other Georgia Democrats quickly attacked Jones for his decision.

State Sen. Nikema Williams, chairwoman of the state Democratic Party, issued a statement calling Jones an “embarrassment,” adding he “does not stand for our values.”

Republicans, meanwhile, hailed the decision by Jones, who represents one of Georgia’s most populous and left-leaning districts, according to the Journal-Constitution.

“Vernon has been a Trump fan for a while,” Brandon Phillips, who headed Trump’s 2016 campaign in the state, told the newspaper. “Glad to see him putting Georgia first over party.”

Jones is facing a Democratic primary challenge from community activist Rhonda Taylor in the election scheduled for June 9.

Great to see you back Superhey! You’ve been sorely missed here. Hope you are keeping safe during these trouble times!

Thank you, and to you as well. I’ve been very busy juggling grad school and full-time work since the start of the year, so I’ve not been able to frequent the site. This shut down actually gave me some breathing room. Hope you all stay safe during the Wu Flu pandemic.

Thanks bro! Appreciate that.

OP is a startling development and its showing the chinks and cracks in the Democratic party machine. People are waking up to their Marxist ways!

The luciferian Deep State cult does not approve leaving the plantation. 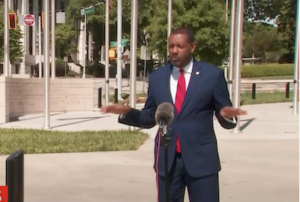 Democrat Who Endorsed President Trump Is Forced To Resign After Being...

Last week, we reported that Georgia Democrat Vernon Jones had endorsed Donald Trump for president going into the November election. Just days later, however, he has unfortunately been forced to step down after being harassed by his fellow Democrats... 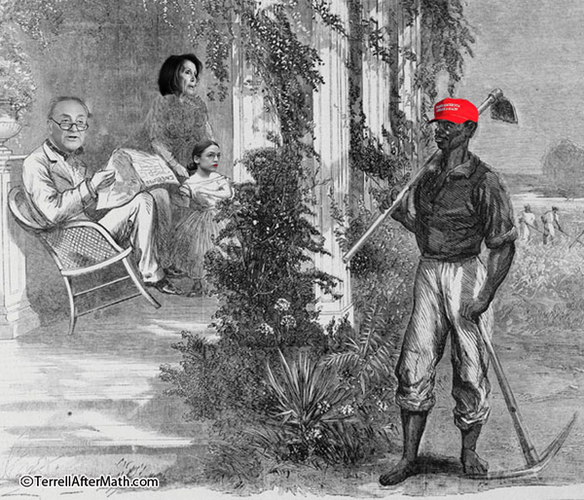 This is what happens when the left pushes people too hard to adopt their insane worldview that vilifies normal hard working people. I hope we see more of this.

“I’m sick and tired of me and my family being attacked and harassed by the Democratic Party for putting my country before my party,” Jones said in a statement released to the The Atlanta Journal-Constitution as he resigned as the representative for Georgia’s 91st House District.

“I take pride in being an independent thinker,” Jones added. “I intend to help the Democratic Party get rid of its bigotry against Black people that are independent and conservative.”

The democrats call Trump supporters a cult when in fact that is what they are.

He has since reversed his resignation calling the democrats out for being bigots. Good for him. No reason to be bullied for the right to endorse who you believe is the best candidate to lead the country and as a result, those whom you represent.