Golden busts of George Floyd, John Lewis, and Breonna Taylor are being displayed in New York City just three months after the Public Design Commission voted unanimously to remove a statue of Teddy Roosevelt from the American Museum of Natural History.

The trio of statues was on display after being unveiled in Union Square Park in New York on Wednesday.

The Belmont Star reports that the statues are “inspired by the events of 2020 and has empowered many to take a stand in demanding justice.”

“The series aims to honor the lives and ongoing messages through art, tying together three iconic people,” they explain.

Aside from the removal of American President Theodore Roosevelt, this is also the same city where members of the city council demanded that a statue of President Thomas Jefferson – author of the Declaration of Independence – be removed from City Hall.

Floyd died a little over one year ago in an arrest involving excessive force by former Minneapolis police officer Derek Chauvin, sparking nationwide protests and riots.

Floyd spent many of his adult years in and out of prison.

The statue of George Floyd was originally unveiled in Flatbush, Brooklyn this past June for the Juneteenth celebration. It was vandalized less than a week later.

Five days after the Juneteenth reveal, the NYPD announced that “officers discovered graffiti on a George Floyd bust statue and pedestal” in Brooklyn.

“An unknown individual spray-painted the statue’s face black and covered the words on the pedestal with the black spray paint,” the police reported.

The bust of George Floyd, John Lewis, Breonna Taylor appear just months after the American Museum of Natural History announced an iconic statue of President Teddy Roosevelt was being removed.

Roosevelt is a man of such historic importance that he is memorialized on Mount Rushmore with George Washington, Thomas Jefferson, and Abraham Lincoln – widely considered some of America’s most revered presidents.

“Though historical circumstances demonstrate that this sculpture was not erected with malice of intent, the compositional hierarchy … visually supports the thematic framework of colonization and racism,” he said.

And Teddy isn’t the only figure from Mount Rushmore to be cancelled, as mentioned earlier.

Just over a year ago, New York City council members were arguing for the removal of a statue of Thomas Jefferson, one of the nation’s founding fathers.

“The statue of Thomas Jefferson in the City Council Chambers is inappropriate and serves as a constant reminder of the injustices that have plagued communities of color since the inception of our country,” Council members wrote in a letter to the mayor. “It must be removed.”

They described Jefferson’s statue as one of several “disturbing images of divisiveness and racism in our City.”

They described Jefferson’s statue as one of several “disturbing images of divisiveness and racism in our City.”

Hmmmm… I wonder what the George Floyd bust represents???

I wonder what the George Floyd bust represents???

A FAILED State and an utter embarrassment of a Nation !

Why no statute or bust of Al Sharpton???

They would run out of material . 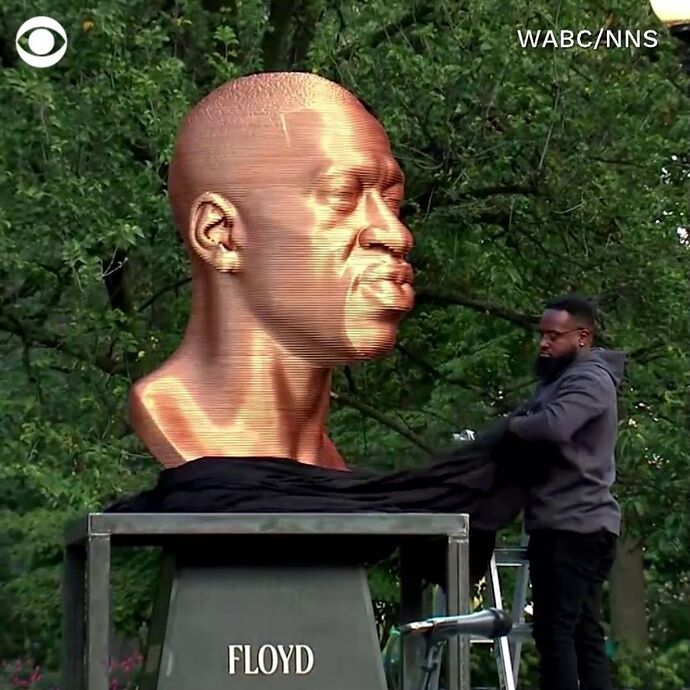 Clown world when a violent felon who shows himself to be a recidivist is a hero.

Blacks are America’s gods. Americans fear blacks like a mortal would fear God. They’re not allowed to curse or speak ill of blacks, like how you mustn’t blaspheme God or take His name in vain. They devote entire institutions in academia and media to remind themselves of their sins against blacks and beg for mercy, like you’d beg God for forgiveness for your sins. The only landmarks and monuments they’re allowed to revere are parks, schools and statues dedicated to famous blacks, immortalized in marble like gods. While their ancestors expressed devotion to gods through offerings of food and drink, present-day Americans created food stamps for blacks for this very purpose. Jesus gets two annual days of reverence, while blacks get an entire month plus MLK’s birthday and now Juneteenth. Americans prostrate themselves in the streets to appease blacks. This is because black worship is the official religion of America. 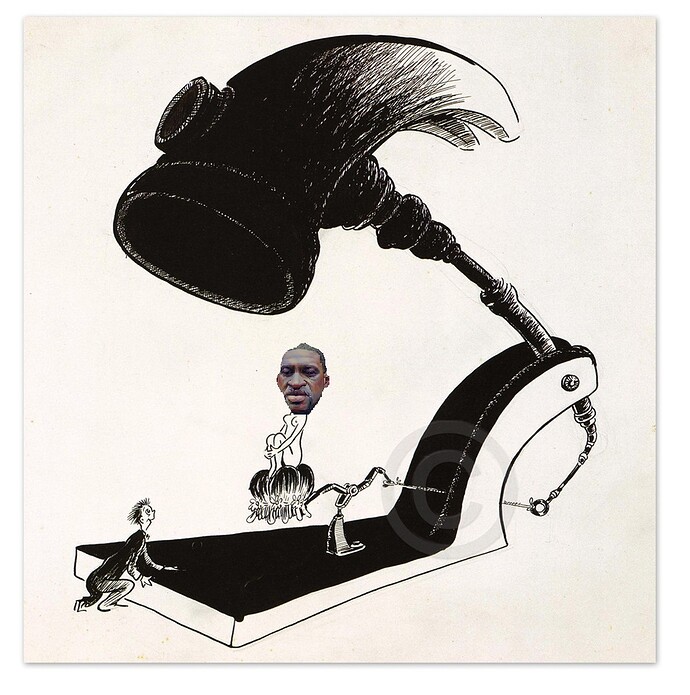 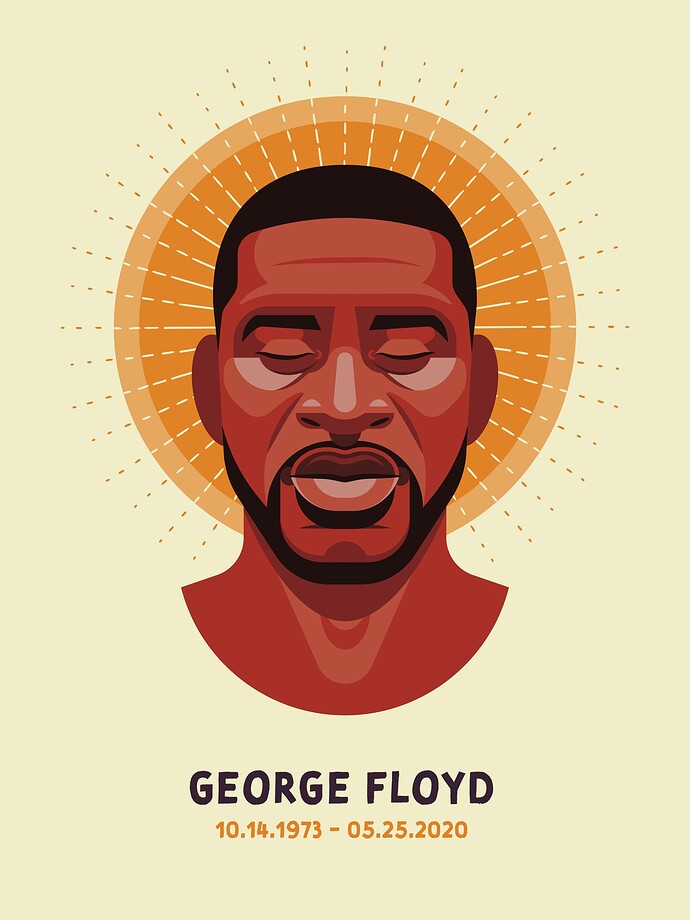 George was also linked to two convictions in the 1990s for possession and theft of a controlled substance (cocaine). However, it is not clear whether or not Floyd served his time in prison for this felony.

George was accused of a firearm robbery in August 1998 for which he served 10 months at Harris County Jail. In April 2002, Floyd was condemned to 30 days of prison for trespassing private property.

George Floyd was involved in two more cocaine offenses, in October 2002 and in 2004, for which he did eight-months and ten-months sentence in prison respectively.

Another cocaine possession conviction in Dec 2005, Floyd was arrested for having cocaine on him and served 10 months in state jail.

After a few months, Floyd’s charge was upgraded, amending the cocaine amount he possessed to be about 4 grams.

So Biden and the dems could take a knee for 6 minutes of silence !! Too fu@king bad that asswipe cartel could stay silent for the rest of their terms , what a F-ing disgrace for our Nation !!! In the words of the race baiters " THE WORLD IS WATCHING " !!!

Some had enough sense to deface it! I hope more do because this is a total disgrace!