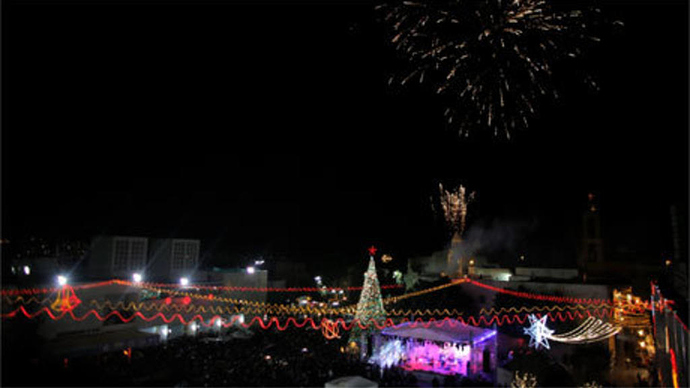 This is bullshit. I am sick and tired of the terrible of treatment of Christians by ■■■■ then having to listen to ■■■■ whine about how they are constantly persecuted - and they need more money.

JERUSALEM/GAZA - Christians in the Gaza Strip will not be allowed to visit holy cities such as Bethlehem and Jerusalem to celebrate Christmas this year, Israeli authorities said on Thursday.

Gazan Christians will be granted permits to travel abroad but none will be allowed to go to Israel and the occupied West Bank, home to many sites holy to Christians, a spokeswoman for Israel’s military liaison to the Palestinians said.

Israel tightly restricts movements out of the Gaza Strip, territory controlled by Hamas, an Islamist group that it considers a terrorist organization.

The spokeswoman said that following “security orders”, Gazans would be allowed to travel abroad via Israel’s Allenby Bridge border crossing with Jordan but not to visit cities in Israel or the West Bank.
Gaza has only around 1,000 Christians - most of them Greek Orthodox - among a population of 2 million in the narrow coastal strip.

This year’s decision is a break with usual policy. Last year, Israel granted permits for close to 700 Gazan Christians to travel to Jerusalem, Bethlehem, Nazareth and other holy cities that draw thousands of pilgrims each holiday season.

Gisha, an Israeli rights group, said the ban points “to the intensifying of access restrictions between the two parts of the Palestinian territory,” calling it “a deepening of Israel’s separation policy” for the West Bank and Gaza.

The Palestinians seek to set up a state in the West Bank and Gaza, territory Israel captured in the 1967 Middle East war.

Israel in the past has defended its restrictions on Gazans traveling to the West Bank, saying many Palestinians from Gaza stay on illegally when granted short-term permits.

In Gaza, one Christian woman voiced hope Israel would reverse its policy so she could visit her family in the West Bank city of Ramallah.

“Every year I pray they will give me a permit so I can celebrate Christmas and see my family,” Randa El-Amash, 50, said, adding: “It will be more joyful to celebrate in Bethlehem and in Jerusalem.”
Christian leaders in Jerusalem condemned the move, but added that they are appealing to Israeli authorities to reverse the decision.

“Other people around the world are allowed to travel to Bethlehem. We think Gaza’s Christians should have that right, too,” said Wadie Abu Nassar, an adviser to local church leaders. 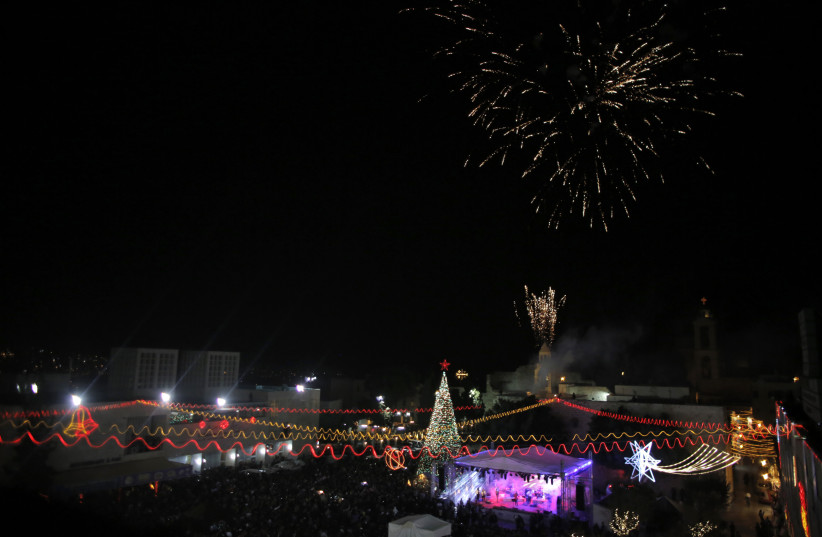 Israel in the past has defended its restrictions on Gazans traveling to the West Bank, saying many Palestinians from Gaza stay on illegally when granted short-term permits.

And now that it’s becoming illegal globally to criticize Israel…so these Christians will just have to shut up and eat it.

Maybe the US should withhold all foreign aid until Christians are no longer persecuted in Israel (I know that will never happen because of the dual citizens in Congress, and in the WH, but that’s what should happen).

Although a supporter of Israel, I believe this decision is wrong. During most conflicts (WW2) there was a brief cessation of combat for Christmas. With Netanyahu unable to form a government,he should reverse this decision for some good PR.

Yeah I have to agree with you. This is just a stupid move that is completely unnecessary. Strikes me is just downright vicious. They know this is one of the most important Christian holidays that there is. I hope they make this right but I don’t have much confidence.

If any government, anywhere, did anything to inconvenience a ■■■■■■ person during Hanukkah it would be the end of the world and reparations would be sought. They can do whatever they want to anybody else though. That’s fine.

I’ll support the opposite of the prevailing sentiments in this thread.

The point of the ban is not to ban Christians, but rather Gazans. How can Israel know who is whom? Anyone can say he’s Christian.

It’s the same sort of reason we separate children from adults at our southern border. We can’t tell who is really whom. (DNA testing shows that upward of a third of all claims that accompanying kids are children of adults turn out to be false.)

These are tough times, with a lot of dishonesty masking pernicious intentions. The amount of threat oozing out of Gaza warrants extreme caution. Gaza terrorism has ruined life for the rest of the inhabitants. Even as a fellow Christian, I give Israel a pass on this.

Glad to see you’re in lockstep with the ■■■■ in Israel persecuting Christians. Jesus would be proud.

When times are hard it’s just better to do the easier thing…because reasons.

If you claim to be a Christian you might want to crack that book open once in awhile.

Glad to see you’re in lockstep with the ■■■■ in Israel persecuting Christians.

I would be saying the same if Gaza were on our border.

If you claim to be a Christian you might want to crack that book open once in awhile.

You can pretend that I take my position because I want to side with ■■■■■ which apparently makes your blood boil. In return I can claim that you want to abet jihadist terrorism by letting terrorists claim to be Christian and infiltrate a neighboring country. Fair enough?

Going into the Holy Land is not a requisite act for being Christian.

I’m not buying the security argument. The Israelis have enough top-of-the-line security and military troops that they can let in Christians to worship as they choose. Screening them appropriately shouldn’t be too hard. They even have a nice big wall to make sure everyone comes through one place. The American taxpayer is the one who pays for all of that fancy stuff anyway so if they’re doing something that’s inconsistent with American values we need to reign them in - or they can stop taking our checks and return the billions of dollars that we just gave them.

Although a supporter of Israel, I believe this decision is wrong. During most conflicts (WW2) there was a brief cessation of combat for Christmas. With Netanyahu unable to form a government,he should reverse this decision for some good PR.

You have to wonder why that was…

The ■■■■ and the Muslims don’t exactly follow the word of Jesus.

No sir, not really. But did you bother to read the post I quoted and responded to???

Perhaps we should stop them?

I’d be all for it if their intent was to wreak havoc and terrorism in their intended destinations.

I’m not buying the security argument.

I gave my opinion too. 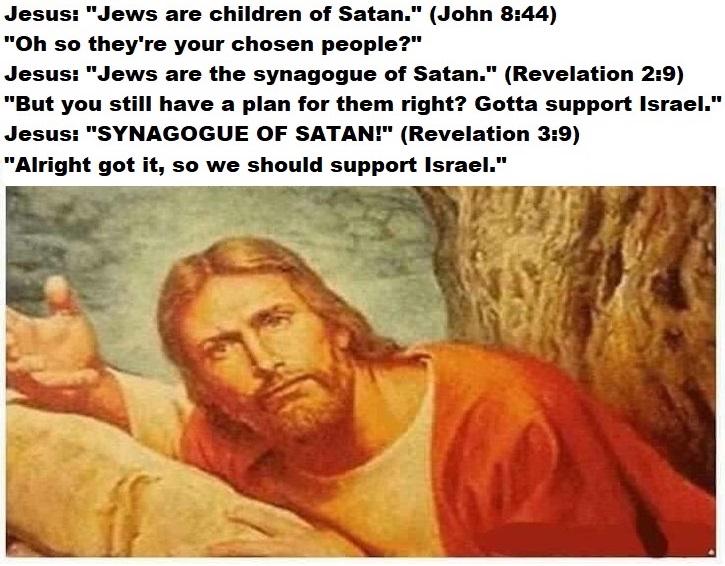