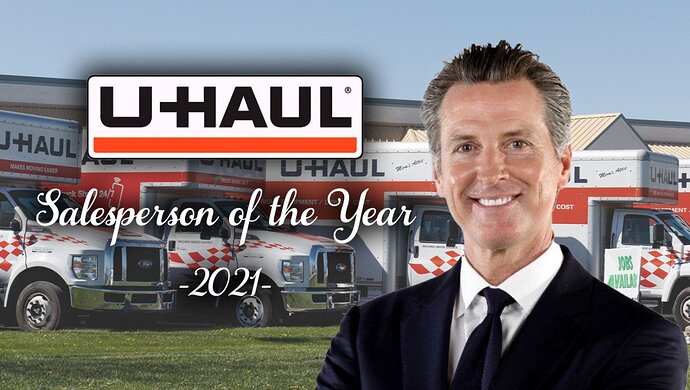 SACRAMENTO, CA—U-Haul has named Governor Gavin Newsom its Salesperson of the Year for the third year in a row after a record-setting sales quarter.

“We are astounded by the growth we’ve seen in California,” said U-Haul’s Western Regional Director Fennick Buggstein. “Thanks to Gavin Newsom, literally every middle-class family has moved out of the state! It’s been impossible to keep up with demand! Also, most of our workers left the state too, which kind of stinks.”

In their second-quarter earnings statement, U-Haul revealed their sales on the West Coast have increased over 37,000% as every human with a pulse and marginal desire for a better life has packed up all their worldly belongings and chosen to leave for greener pastures in a giant U-Haul truck.

“We are deeply grateful to Gavin for our success in 2021,” said Buggstein. “The only problem now is that we’re all out of trucks. And no one is willing to drive a U-Haul back to California. And I’m leaving with my family as well. So I guess this is it! Bye everyone!” Buggstein then jumped in the last U-Haul with his family and took off for Texas.

Homeless Spell Out ‘Congrats, Gavin Newsom’ In Poo On The Streets Of California 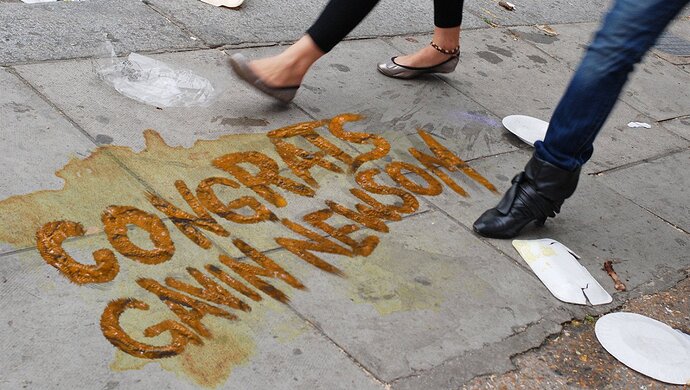 SAN FRANCISCO, CA—Gavin Newsom is smelling victory after his blowout win in the California recall election.

In celebration of Gavin Newsom’s win, homeless people in San Francisco scrawled “Congratulations, Gavin!” in their own poop on the street. Some of the excrement was produced fresh for the message while most had been lying on the sidewalk unused for months.

Local sources say many people so far seem to be avoiding the area where the words were written. A few onlookers were critical of the message, calling it “disgusting,” “crappy,” and “corny.” But they were probably racist Larry Elder supporters.

The homeless population, however, was unequivocal in their support for the Governor. When asked what they love most about Newsom, every homeless person had the same answer. “Change,” they replied. Then they kept repeating it. “Change, please. Change?” It seems the homeless are big fans of all the change that has taken place under Newsom’s leadership.

Businesses fleeing the state, a rise in violent crime, and thousands of prisoners granted early release have all provided the homeless with a growing community of friends joining them under the bridges where they live. With a track record like that, who wouldn’t be begging for more change?

Scattered around the smeared poop, the streets of San Francisco were also littered with used hypodermic needles, presumably a result of California’s high vaccination rate thanks to Gavin Newsom.

Nation Cheers As Democrats Will Remain In California 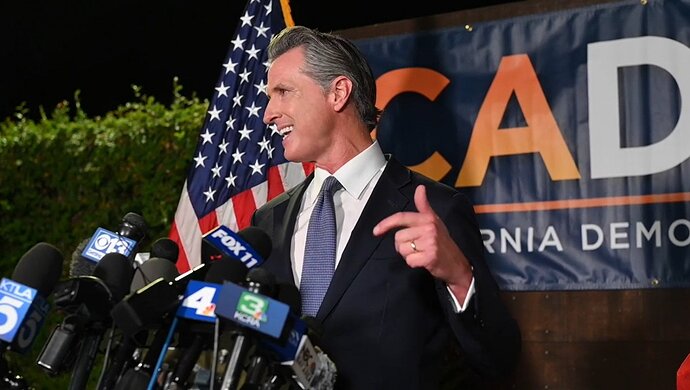 SACRAMENTO, CA—The nation is cheering this morning after Gavin Newsom defeated a recall election, ensuring that the Democrat Newsom fans who live there will stay put.

“We were getting ready to escape the state if a black man had been elected governor,” said one local insane Communist Democrat Newsom fan while taking his morning poop on the sidewalk. “But now that our favorite progressive governor is safe, we know we can stay!”

Experts are warning that some Democrats may still leave the state in spite of having a progressive governor, in search of things like food, water, electricity, shelter, and jobs. Several states are preparing for the potential onslaught of California refugees by building tall border walls to keep escaping Democrats out.

Still, many believe that keeping Gavin Newsom as governor will result in many Democrats staying in California where they belong.

“This is sad news for California, but wonderful news for the rest of us!” said Texas Governor Greg Abbot. “Stay put in California, Libs! Say ‘hi’ to Newsom for me! Yee Haw!”

OMG, thank you for the belly laugh.

In their second-quarter earnings statement, U-Haul revealed their sales on the West Coast have increased over 37,000%

Not long that commie State will be declared a turd world Country !