Mohammed would wonder why this guy wanted an older woman.

A 30-year-old Islamic convert who was arrested after brandishing a machete over the weekend is said to have quarrelled with a neighbouring family whose 11-year-old daughter he wanted to marry.

Quentin B. was arrested on Saturday evening in the commune of Agde in southern France after he had brandished a machete and threatened to kill a local family and their children.

The family called the police and officers arrived at the address of the Islamic convert who had locked himself in his mother’s home.

When the officers attempted to enter the home, they were showered with insults, and the 30-year-old began reciting a prayer in Arabic. The man’s mother also pleaded with him to put down his weapons and allow the police to enter but to no avail, Metropolitain reports.

Eventually, the man opened the door but continued to threaten officers and, as a result, was hit with a taser stun-gun but the weapon had no effect. Then officers drew their firearms, which led to the man putting down his machete.

According to investigators, the 30-year-old had recently converted to Islam and become radicalised. The dispute with his neighbours came after he expressed that he wanted to marry their 11-year-old daughter according to Islamic law, which the neighbours refused.

The incident comes after another French radicalised Islamic convert was tried last week for attempting a terrorist attack on a French airbase in 2017.

Convert Alain Feuillerat, a former soldier, had worn a uniform featuring the Islamic State flag and carried several weapons, including a pump-action shotgun. He had converted to Islam following the death of a fellow soldier in 2011.

Another radicalised convert, IT worker Michael Harpon, successfully carried out an act of terror last year, killing four people at the police headquarters in Paris and raising fears of radicalisation among the police force. 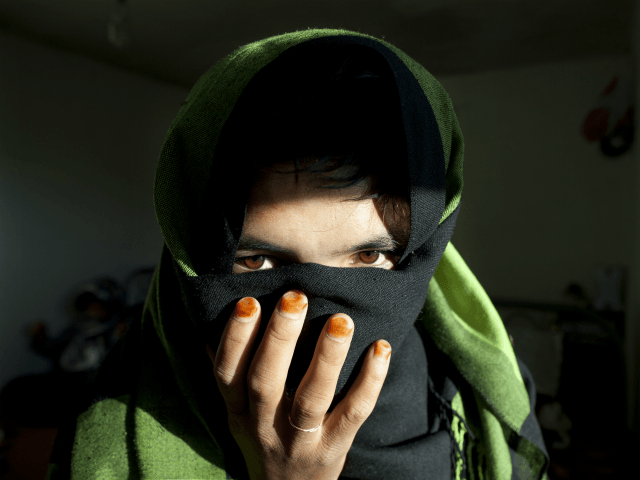 A Muslim convert brandished a machete after allegedly having argued with a neighbouring family whose 11-year-old daughter he wanted to marry.

All of these wackos are ‘radical’. For politicians to believe they can be de-radicalized is wishful thinking and naivety in the extreme; blood lust is in their DNA.

It’s not very nice of her