For those of you that might have tuned in and did not see Justice with Judge Jeanine Pirro on Saturday night, sources told Newsmax the show was suspended over a spat on the network’s coverage of President Trump.

Sources close to the network tell Newsmax, because she made a very staunch defense of President Trump and wanted to expose the vote fraud that took place in the election, Fox News decided not to air her show.**

It had extended coverage of Democrat Joe Biden’s acceptance speech of a contested election.

The sources gave no inclination of whether the network is going to keep the show going, but we hear she was suspended at least for this weekend.

Fox News is not the only news organization scrambling to go decisively critical of President Trump.

The New York Times reported Rupert Murdoch’s tabloid, the New York Post, has shifted its tone on Trump as a top editor has planned his own exit from the reputed oldest newspaper in American history.

Fox News critically was the first, and for a longtime on Election Day, the only news organization to call the state of Arizona for Biden. Arizona’s 11 electoral votes, still in dispute in the state’s ongoing election count and with the Trump campaign, are pivotal to decide the presidential electoral college victor.

I’m not surprised by this at all. After the election night coverage on Fox News I knew that the network was gone for good. Tucker Carlson was the only redeeming quality during election night and the Fox News talking heads were completely non-responsive to the points that he was making.

Any network that hires that fat sow Marie Harf - who cooked up that Benghazi bullshit when she was at the State Department…and Donna Brazille - who helped Hillary Clinton cheat at the debates…isn’t worth a shit in my book.

OANN and Newsmax are where it’s at.

I am with you on OAN and Newsmax! I don’t even think I will be watching anymore Tucker either. He should move over to one of those networks if he wants to keep his viewers and add to his integrity!

With the retirement of Rupert Murdock the network is run by the kids.

I will keep giving my ratings to Tucker but I won’t watch anything else on Fox News.

From what I’ve read Tucker is under a pretty significant contract but he’s been working to set up his own studio in New Hampshire. That’s why the British guy is always broadcasting from New Hampshire. He’s working out of the Tucker Carlson studio. There are just millions of dollars at stake and Tucker Carlson can’t just walk away.

Regardless, Tucker Carlson’s show will be the only show that I watch on Fox News. I am not going to go to that particular network for anything else.

My company dropped Fox on Saturday so we will no longer be plugging their add dollars through our News feeds. In fact, I see this as an opportunity for other networks as well as alternative news sites to eat into the market share of the Alphabet networks.

I get it that Tucker has a massive contract, however, its not like he needs money and so he can easily walk away. Dave Chappelle did it, and so too can Tucker. (I know easy for me to say right?) That being said, I haven’t been watching him lately as he seems to be on a leash of sorts and I am starting to lose interest. Funny I haven’t seen much on election fraud from him, and I am starting to wonder if he is on notice, where Jeanine refused to acquiesce to the network demands to stay silent. The only one I really like at this point is Maria Bartiroma who seems to always be on point and always ask the questions that need to be asked without the biased Bullshit we have been accustomed to seeing.

Anyway, maybe a Youtube segment every now and then is about it for me. Time to focus on more positive things in life then allowing networks like Fox to induce negativity from me.

I turned off the cable and network news years ago.

Welcome to the quest for knowledge and thinking for yourself an unusual quality today.

At one time the news was structured as a toll for reporting events, today they report the events they chose to cover, interpret it for you and tell you how to think.

This election is a perfect example, in 2016 they all demanded a recount stating inconsistencies in th election, today they chant throw in the towel you lost and ignore the inconsistencies.

my ratings to Tucker but I won’t watch anything else on Fox News.

Hannity and Laura Ingraham and Tucker…Greg Gutfield and maybe a few others need to move together.

Fox News cut the balls off all there commentators… you can tell Pete Hegseth looked like he was muzzled yesterday, Mark Levine barely brought up what happen but focused on the constitution.

I bet Juan Williams will be laughing today 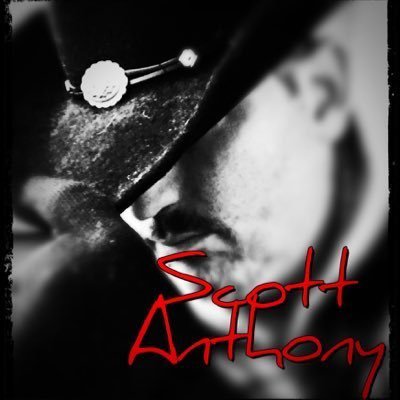 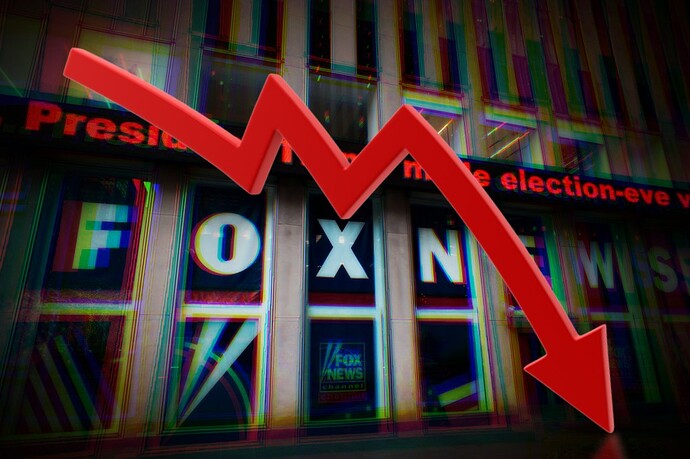 Following Fox News prematurely calling the presidential election in favor of Joe Biden, the network’s ratings have plummeted to never before seen levels below CNN and MSNBC. Last Friday’s ratings…

This will be the last time I post anything from Tucker Carlson! The reason I am posting this monologue of his because its fairly obvious he is offering platitudes while trying to sell his viewers that Biden won. Watch the full interview! Tucker stays at Fox as well as Hannity means they don’t have any principles and only love the paycheck. Judge Jeanine has principles which is why she left! Other people are catching on as well! Glad I am not the only one to sour on Tucker! Should we–as conservatives–really want Fox News to act as a counterpoint to the center-left CNN and MSNBC?

Personally, I would much prefer that it would play it straight–right down the middle. (Just the news, with no discernible spin–either to the right or to the left.)

This is a great read as to why Fox has fallen and continues to do so!

I can almost remember the moment I gave up on Fox News.It was in 2015, and they had just had another “expert” panel on of ultra neverTrumpers—people like Jonah Goldberg or Guy Benson who sneered in the face of evidence. It was one thing, I thought,...

Fox News as an organization — for the exception of a few regulars and commentators — is another media enemy of the people.

Controlled opposition and have been for quite some time. This was bound to happen at some point, better now than later.

So much for freedom of the press. More ASSAULT on the 1st Ammendment. 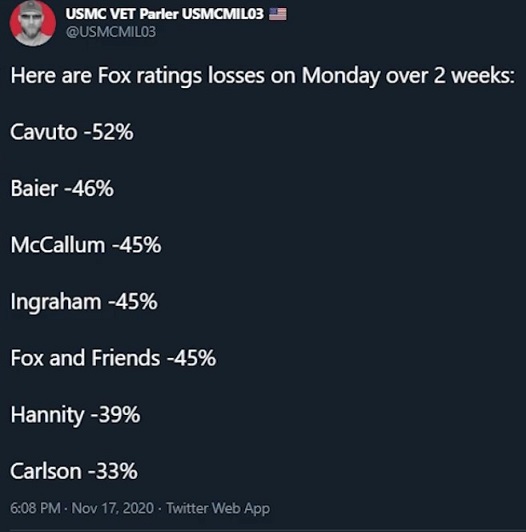