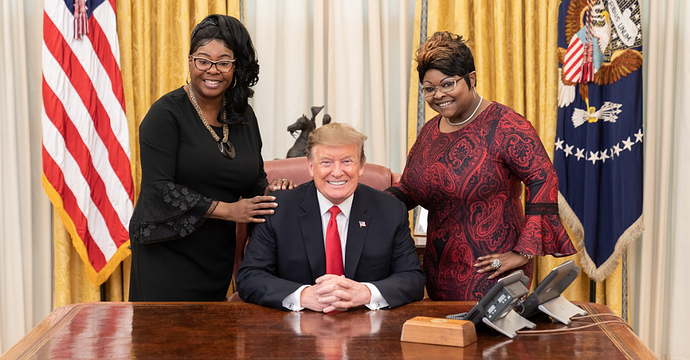 Lynnette Hardaway and Rochelle Richardson, two women respectively known as Diamond and Silk, will no longer appear on Fox News or its online streaming service Fox Nation, following their tweets and videos pushing coronavirus conspiracy theories, according to The Daily Beast .

The duo—who first rose to prominence during the 2016 election as pro-Trump YouTubers, hosts of “Women United for Trump” events and occasional on-stage speakers at his rallies—have since made appearances on Fox News’s Fox and Friends , Watters’ World and contributed original weekly content to Fox Nation.

Though the duo has regularly contributed five- to seven-minute-long videos to Fox Nation each week since December 18, CNN senior media reporter Oliver Darcy noted that they haven’t added any new videos since April 7, one day after the duo was briefly locked out of Twitter for a tweet telling their 1.4 million followers to defy quarantine stay-at-home orders, thus violating the microblogging platform’s policy against COVID-19 misinformation.

During a March 30 livestream, the duo said that the media and health officials had exaggerated the number of coronavirus deaths to tarnish President Donald Trump.

“Is this being deliberately spread?” she continued. “Look, I’m not being a conspiracy theorist, this is real, but I’m asking my own questions. What the hell is going on?”

Richardson called coronavirus “man-made” and “engineered,” and asked if there was a “little deep-state action going on behind the scenes,” with the World Health Organization having a “switch [to] turn this virus on and off.”

On April 10, the duo said they would refuse a coronavirus vaccine developed by Microsoft founder and philanthropist Bill Gates because he “pushed for population control.”

In the same video, the duo speculated whether “deep state snakes” were building 5G technology to deliberately infect people with coronavirus to “turn things on and off to make sure that certain things go down so those hospital beds can be filled.” Their speculation pushed an increasingly popular right-wing conspiracy theory blaming 5G technology for coronavirus.

On their April 19 YouTube livestream, the duo again asked questioned the coronavirus statistics, “Why did they have to inflate the numbers?”

Newsweek has reached out to Fox News, Hardaway and Richardson for comment.

The duo’s coronavirus postings on social media follow controversial statements they made during their appearances on Fox News.

In April 2018, the women compared Democrats to slave owners during an interview on Fox News’s Fox and Friends . That same month, they also testified to Congress about their belief that Facebook was suppressing their pro-Trump videos.

On June 30, 2018, the women appeared on an episode of Fox News’ Watters’ World and said that Democratic congressional members Maxine Waters and Kamala Harris support “illegal aliens” more than their poor American constituents. 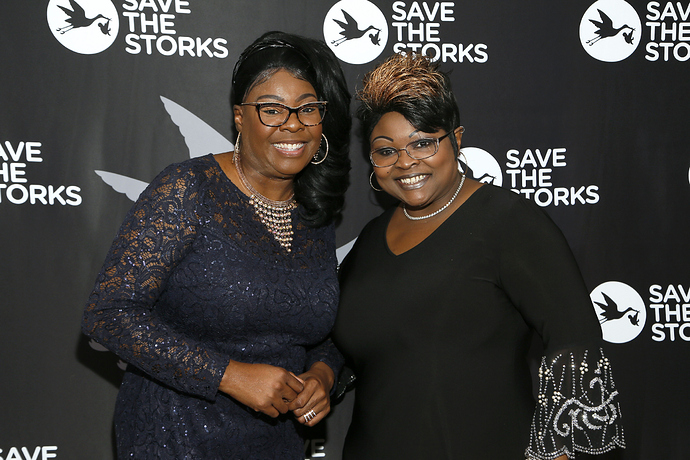 Rochelle "Silk" Richardson called the novel coronavirus "man-made" and "engineered," and asked if there was a "little deep-state action going on behind the scenes," with the World Health Organization having a "switch [to] turn this virus on and off."

Fox Nation is utterly worthless and Fox News is heading straight into the toilet. I never cared for these two. They were gimmicky and useless.

Who cares? They had their obnoxious 15 minutes of fame. Now some other bottom of the barrel retards will get trotted out to do the same thing. Have they put those gay black twins on yet? This is Fox after all. If those two don’t have a show yet, they will.

Richardson called coronavirus “man-made” and “engineered,” and asked if there was a “little deep-state action going on behind the scenes,” with the World Health Organization having a “switch [to] turn this virus on and off.”

Of course, it was “man-made” and “engineered” by some human from a foreign country. Any virus is man-made, because it was made in some lab. And whether it was for some stupid “science” purpose or what-have-you, it is clearly was engineered to “see what happens if someone unleashed into the human population”.
Animals cannot do it on their own. They don’t have the tools or capability to do so. Unless., some monkey was somehow in some lab creating these viruses. Which I highly doubt.

Let’s see if any Fox news people defend them.

Fox Nation is utterly worthless and Fox News is heading straight into the toilet. I never cared for these two. They were gimmicky and useless.

Totally agree! If it weren’t for Tucker, I would have no use for Fox whatsoever.