Foreign Intervention/ Money-Laundering? Data shows that half of 2019 donations to ActBlue came from untraceable 'unemployed' donors

Less than two months ahead of the presidential election – with concerns of foreign interference again at the forefront – a conservative political group is raising “serious concerns” about millions of donations reported by a major Democratic fundraising platform.

A preliminary computer analysis by the Take Back Action Fund, obtained exclusively by Fox News, has found that nearly half of all 2019 donations to ActBlue were made by people claiming to be unemployed.

Action Fund President John Pudner questioned the veracity of those donations and called it a loophole that must be closed for the sake of election integrity.

“After downloading hundreds of millions of [dollars in] donations to the Take Back Action Fund servers, we were shocked to see that almost half of the donations to ActBlue in 2019 claimed to be unemployed individuals,” he said. “The name of employers must be disclosed when making political donations, but more than 4.7 million donations came from people who claimed they did not have an employer. Those 4.7 million donations totaled $346 million ActBlue raised and sent to liberal causes.”

The trend is continuing this year: An Action Fund examination of 2020 data from January through August showed an uptick in “unemployed” donations through ActBlue, to 50.1% this year.

ActBlue defends the integrity of its donations and said many come from retirees and people who aren’t counted as employed, such as homemakers.

According to the findings of the Action Fund – a nonprofit that aims to “educate the public on conservative solutions for political reform” – 48.4% of ActBlue donations last year, prior to the massive loss of jobs that came with the onslaught of the coronavirus pandemic, came from those who did not list an employer or who claimed to be unemployed.

Pudner said the large number is a red flag that some donations may be illicit contributions from foreign interests attempting to impact U.S. elections.

“It is hard to believe that at a time when the U.S. unemployment rate was less than 4 percent, that unemployed people had $346 million dollars to send to ActBlue for liberal causes,” Pudner said, adding that “4.7 million donations from people without a job … raised serious concerns.”

ActBlue, created in 2004, bills itself as a “powerful online fundraising platform available to Democratic candidates and committees, progressive organizations, and nonprofits that share our values for no cost besides a 3.95% processing fee on donations.”

“And we operate as a conduit, which means donations made through ActBlue to a campaign or organization are considered individual donations,” its website explains.

But critics, including the Action Fund, contend that the website allows credit card donations that are not verified, so anyone from any country in the world can donate without a paper trail.

“ActBlue’s insistence on refusing to allow banks to verify their donations is an invitation to foreign programmers or others to send money through them using fake American names, and we encourage them to start letting banks verify the identity of donors to stop the potential for millions of dollars to influence our election,” Pudner said.

According to the Action Fund, an analysis of WinRed’s 4.9 million donations totalling $302 million found that only 4% came from people who did not list an employer or were unemployed. This year, the rate is 5.6%, according to the data. 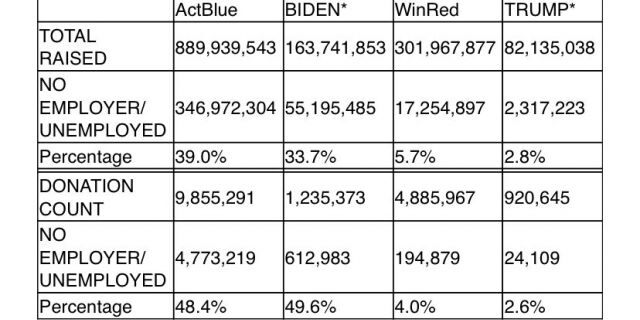 “We purposely wanted to examine 2019 first, because, before COVID-19, the unemployment rate was at 4 percent or below. It’s hard to believe that millions of Americans who were out of work had $346 million to spare to give to ActBlue for liberal causes,” Pudner said.

Precisely determining if the donations were authentic and genuinely from those who were unemployed requires further time and resources, he said.

“Auditing these suspect donations to determine if millions lied by indicating they were unemployed when in fact they were not, or if their names were just being used by a foreign programmer or someone else to move money without their knowledge, will take time,” Pudner said. “We’ve planned a series of forensic procedures to identify whether or not these donors of record exist or not, if they made the contributions themselves, and whether they were legally able, and whether or not they are potential ‘straw’ donors, making the contributions after being given the money and direction by someone else.” 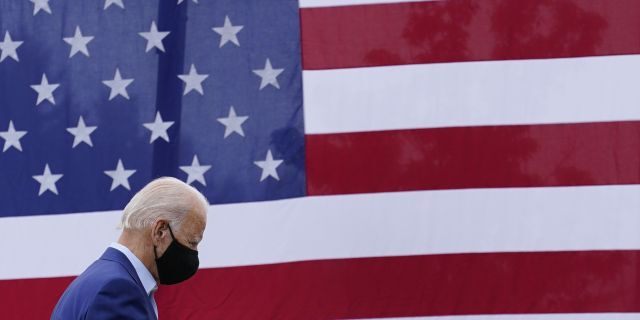 In response to questions by Fox News, a representative for ActBlue said “it is best security practice to refrain from publicly sharing any detailed information about how we analyze contributions.”

“But we use an array of data sources, internal validation and third-party services to verify the validity of transactions. We take the security of our platform and integrity of donations very seriously,” the spokesperson said. “We report every contribution to federal candidates that comes through our platform, and you can look those up on the FEC. We report the information donors enter about their occupation and employer, and we do see a significant portion of donors who report their status as not employed, such as retired donors or full-time parents.”

The issue of unauthenticated political donations was also brought to light by The Washington Post in 2008, which was at the time “allowing donors to use largely untraceable prepaid credit cards that could potentially be used to evade limits on how much an individual is legally allowed to give or to mask a contributor’s identity.”

In 2015, the Action Fund said millions of dollars “could be moved by allowing unverified credit card contributions,” and Pudner said that even today, ActBlue continues to use such an “unverified system.”

“We found it took other vendors only a matter of hours to switch their system to allow verification of donations and thus prevent the possibility of illegal foreign money being moved into campaigns,” Pudner said. “Choosing to use an untraceable system has a higher cost in terms of the risk of credit card fraud and also tends to incur higher bank fees. And this untraceable system allows someone with a gift card to make donations in anyone’s name, even if that person never actually made that donation, or even if that person doesn’t exist at all.”

Despite such claims, ActBlue currently holds the highest level of certification as a service provider.

Both WinRed and ActBlue note on their donation pages that law requires donors to list their employer and occupation.

“The problem,” Pudner said, “is on the back end where ActBlue does not allow banks to verify the identity of the cardholder, meaning someone could buy endless gift cards and list any name they wanted and leave the employer line blank or type in words like ‘not employed,’ ‘unemployed.’” 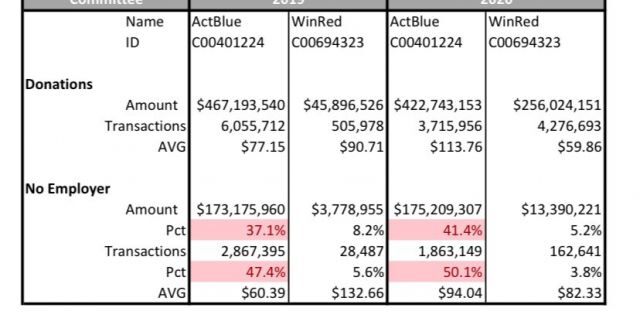 “With half of ActBlue donors indicating they do not have an employer, we recommend they start letting their payment processors verify donations to stop any foreign or other illicit donations by simply listing themselves as an unemployed American,” Pudner added. 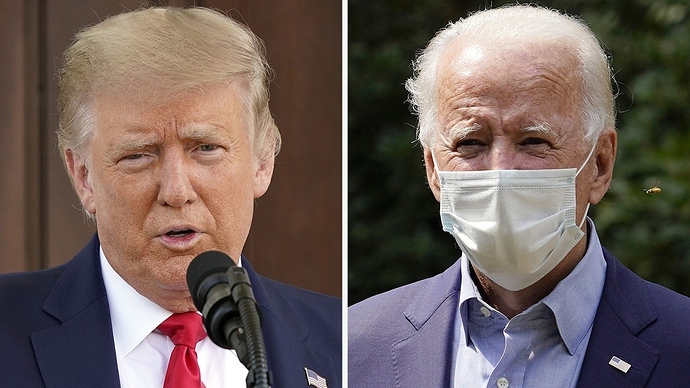 Exclusive: Data shows that half of 2019 donations to ActBlue came from...

Less than two months ahead of the 2020 Presidential election – with concerns of foreign interference at the forefront following the calamity of 2016 – data harvested by the Take Back Action Fund and obtained exclusively by Fox News has...

Meanwhile, if you happen to donate $1 too much to a Republican candidate in a calendar year they will hunt you down and throw you in prison…

throw you in prison

It’s an understatement. Expect something worse.

This is the connected truth! 30 secs of it! 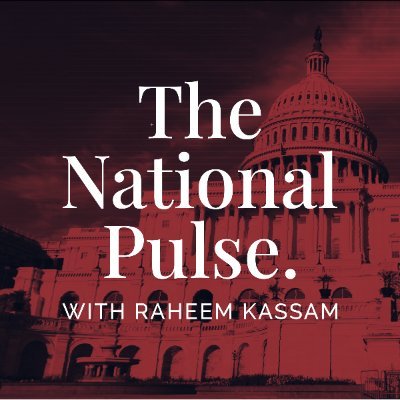 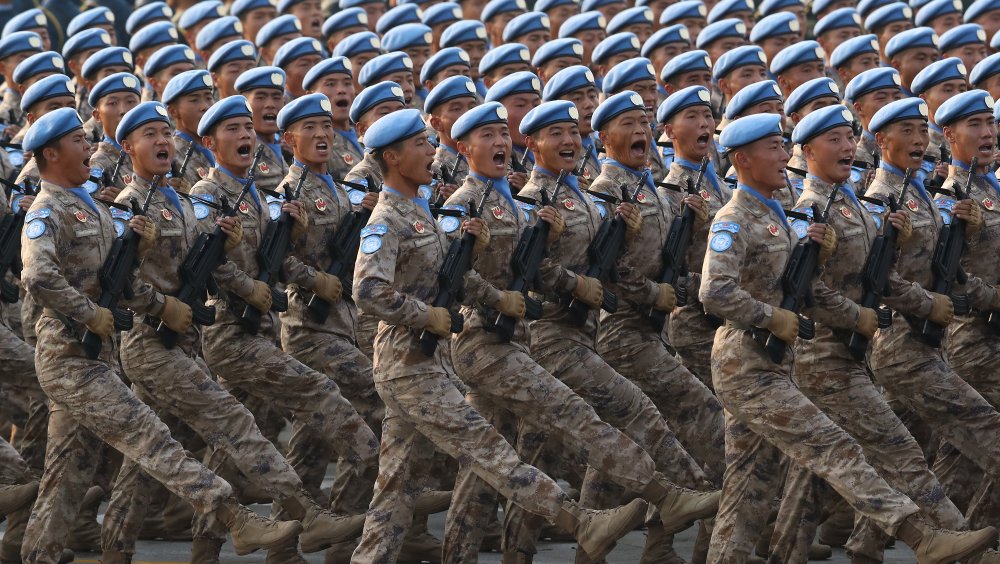 Chinese state-run media argues it is “necessary” for the U.S. to “defund” its military due to its contributions to global pollution. The commentary, appearing in Chinese Communist Party-run media outlet…

Really? It was not too long ago you were entertaining and creating threads here pretending to know everything about banking and finance and how the banks are so evil. What is even funnier is you use the same system to pay your rent and your bills but complain about them in your conspiracy threads!

Unless you’re a yogi of some sort, you have to eat.
It’s the debt-based, interest-bearing Babylonian banking system that is the problem. Not the people who live in it.

However, it will be a problem if you accept and support such a system, calling wake people conspiracy theorists.

However, it will be a problem if you accept and support such a system, calling wake people conspiracy theorists.

Unless you actually practice what you preach you just full of shit most of the time! Apparently you missed the point by contradicting yourself! Thanks now its you who has proven my point yet once again!

So they want us to defund our military but they can build theirs up. But the useful idiots on the left will eat it up 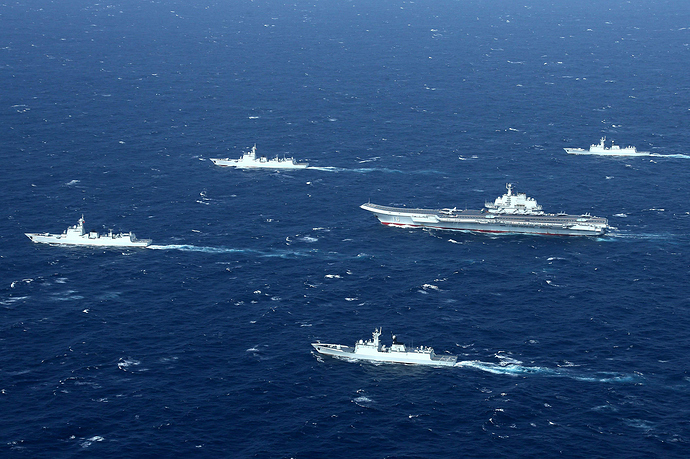 Pentagon says China has ‘largest navy in the world’ after buildup

The Defense Department says in a new report to Congress that China now has the world’s largest navy, at least in number of battle-ready ships. “[China] has the largest navy in the world…

So they want us to defund our military but they can build theirs up. But the useful idiots on the left will eat it up

Of Course! Lets not forget an even scarier prospect of the non-nuclear proliferation treaty to which China is not a part of and are currently doubling their cache while also arming Iran by supplying them with the cake. Will you ever hear the leftists here talk about that? Hmm? I wonder why not?

Will you ever hear the leftists here talk about that? Hmm? I

An enemy of my enemy … or so the saying goes. Trump inspires the strangest of woke alliance, for example the one between LGBT + Muslim.

You have no point in anything, except to satisfy your big ego.

Coming from you that means projection on your part which is true and proves my point even moreThanks! You keep proving me right, that you are talentless hack desperately seeking attention again.