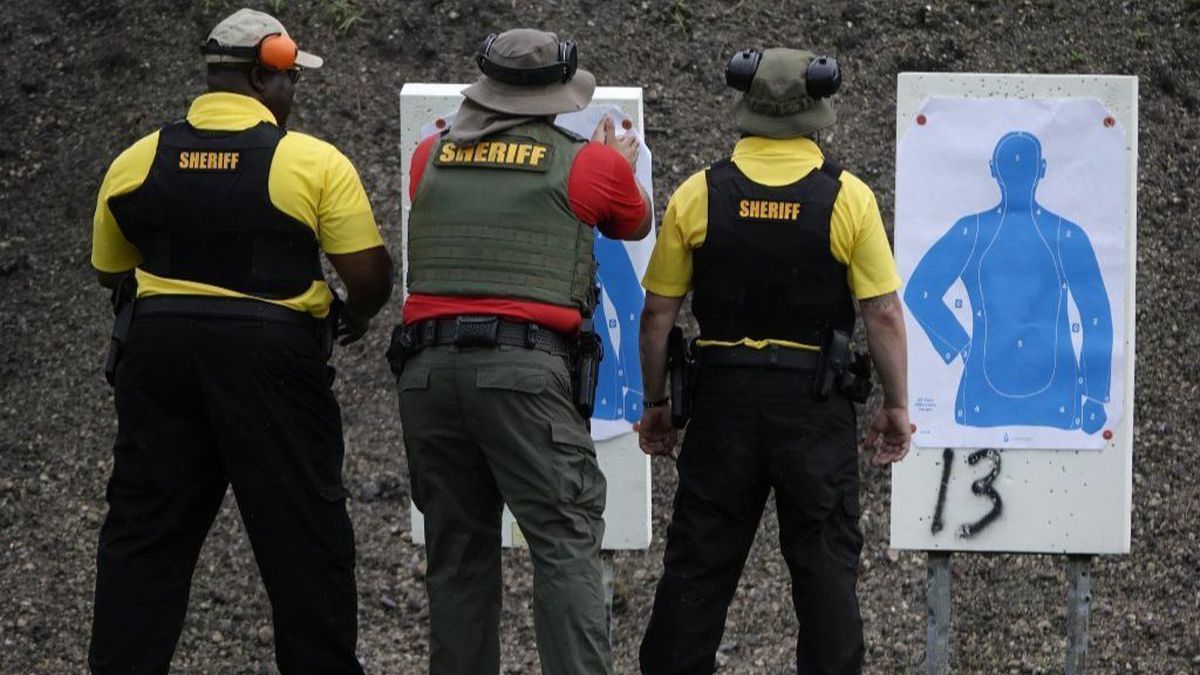 The Florida Senate approved a school safety bill on Tuesday that would allow teachers to voluntarily carry guns on campus if local school boards agree. It still faces a vote in the House, which is solidly behind the measure. Gov. Ron DeSantis has...

The bill now heads to the House, which is solidly supportive. Republican Gov. Ron DeSantis has indicated he will sign it into law if it passes.

The proposal has prompted fierce partisan debate. Students, including some from Parkland, traveled to Tallahassee to urge state lawmakers to defeat the bill.

Teachers would not automatically be authorized to carry guns. School boards would have to authorize it. South Florida school officials have resisted arming school employees.

In districts that choose to participate, educators who want to be armed would be required to pass a psychological evaluation and complete at least 144 hours of training.

Democrats tried repeatedly, but failed, to remove the language that would allow teachers to carry guns.

Arm everybody, with mandatory gun ownership courses in highschool and state assigned rifles at graduation. Refusal to own a gun requires qualifying for the same type of exemption the conscription exemption has.

Bring conscription back for every able bodied adult while you’re at it.

Please don’t drink the bong water before you post.

What’s wrong with the suggestion? I’m all for maximum gun ownership. If the state wants to take money out if my paycheck without asking for it they could at least spend that money on something I support, like arming every proud, law-abiding American to the teeth.

Im not sure how this is “controversial” beside that fact that guns are involved. School districts can opt out, and teachers (beside PE ones) can volunteer, go through pscy evaluation, and 144 hrs of training.

In districts that choose to participate, educators who want to be armed would be required to pass a psychological evaluation and complete at least 144 hours of training.

Naw - they would rather spend your money handing out needles to drug addicts.

I like the bill, but while we’re also on the subject of mandatory firearms ownership, I’d love to have a sub 9mm again.

I wouldn’t arm everyone and I wouldn’t arm teachers as they are lazy unionized leftists. I would arm the school administrators. I don’t think that there should be cops or other state sanctioned armed guards in the schools, everyone knows where that shit goes. But if there is someone who received their CCW, possibly a custom, more intense background check would be feasible. I think that is the only practical solution.

Sidenote: Gun free zones are the pinnacle of retardation.

A marksman doesn’t need automatic. Semi will do fine.

Yeah - it’s a lot “safer” for the ruling class to have a brain-dead and drug-addicted populace. They don’t want too many pissed off red-pilled people carrying. We did that before in 1776 and they don’t want to see that happen again.

Who said I only wanna hit my target though? 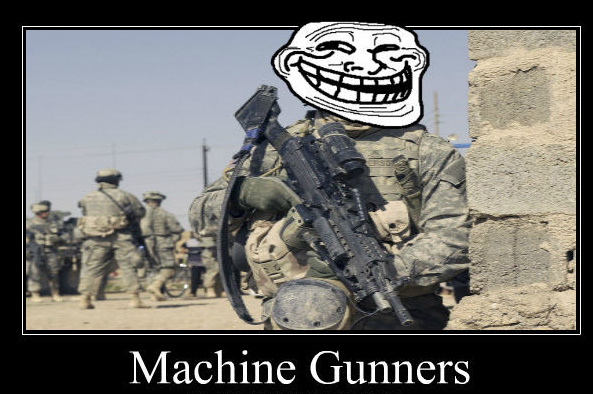 Gun free zones are the pinnacle of retardation indeed. As a matter of fact, all gun laws and regulation could be binned in that category as the Constitution is clear. 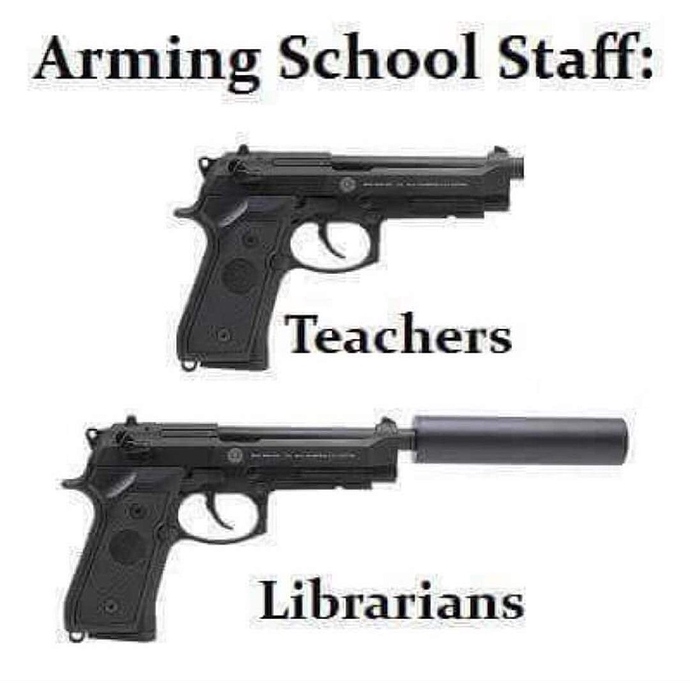 Most teachers will opt out and the states two largest school districts will NOT be participating. This law just insures that the teacher will be the first target in the future.