The LGBTQRSTUVWXYZ mob of fascists has gone after several types of businesses that apparently hurt their wittle feewings by refusing to join the mob in publicly condoning and promoting their attempts to normalize their eccentricities.

They are attempting to blackmail their way to a position of universal respect. 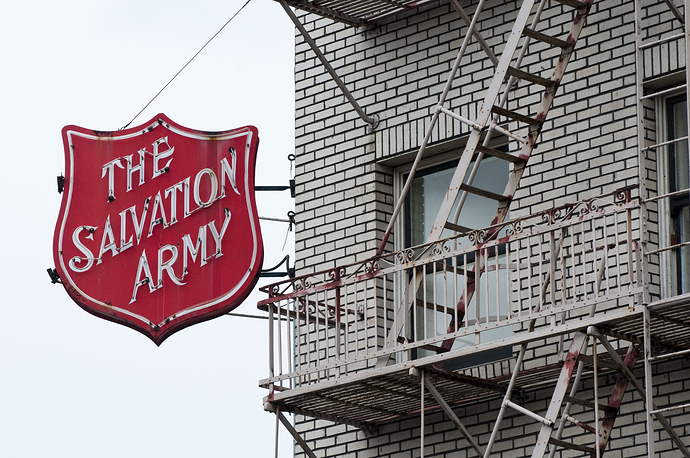 This year as I settled in to watch my annual 33 seconds of “Dick Clark’s New Years Rockin’ Eve with Ryan Seacrest” – that’s the amount of time it takes for me to realize that it’s only fair to the coming year not to make it start with the procession...

The short answer is that they will come for anyone and anything that they view as a threat to their agenda. That’s a fairly long list that is unfortunately getting shorter and shorter. The reason that list is getting shorter is simple - they complain and the other side caves. We need to stop caving.

Since their support in these efforts to diminish the profit margins of those they attack goes beyond the bounds of their own membership, they have a significant effect on the behavior of their targets.

Suggesting the “we” stop caving affects the targets much more than it does the consumers.

It’s more than just profit margins. They want conservatives to worry about opening businesses that align to conservative thoughts and principles.

…which in effect opposes the conservative’s desires to make a profit in the considered business. It’s nothing more than financial bludgeoning.

And they get support from sympathetic liberals who simply hate conservatives and want them punished for existing.

And they get support from sympathetic liberals who simply hate conservatives

They also get support from large corporations who want to cross small businesses. It’s strange how the extreme left has aligned with big corporate.

Anything for the liberal agenda. Useful idiots can be quite effective when acting as a mob.

This is why we need to start protesting them the same way that they protest us. I always hear the same old excuse that conservatives work and liberals don’t. I used to be one of the people that would say that as an excuse to not get out there and protest something. Times have changed and we need to make time. I firmly believe that there are more of us than there are of them. When we start showing up in force with big numbers then these leftist cowards and their enablers will be running scared.

This is why we need to start protesting them the same way that they protest us.

Their protests against small businesses (and corporations) are implemented by way of organized boycotts of the businesses. There is little we can do regarding small businesses that are hundreds of miles away (such as the Christian bakery guy) unless we can order something we need online and have it shipped to us.

Regarding the larger businesses, I have never bought and likely am never to need anything from Nordstrom so I am essentially boycotting them anyway.

Chick-fil-A is another story. Though I eat out very seldom these days, I frequent CFA as often as possible. Their cuisine is limited though, so I go to a Truett’s Grill (same thing) and get vegetables and salads.

You can't have your rainbow cake and eat it, too. That's the message that a group of LGBTQ rights advocates want to convey to some Pride flag-waving corporations in the U.S., with the creation of a new initiative. The Zero for Zeros campaign, which...

Get out and vote AGAINST all liberal candidates for any public offices!

I understand why you’re complaining but why hasn’t Trump done anything about it?

Seems like you are focused on the wrong things @asaratis

Remember when Trump was going to be too busy as president to go golfing.

Remember when Trump was going to lock her up.

Remember when Trump was going to pay off the national debt.

Remember when Trump was going to run balanced budgets.

His bullshit promisss have no end.

You too dummies blame Trump for the lunacy of the LGBTQ mob?

How fucking idiotic can you get?

This thread has nothing whatsoever to do with President Trump.

I understand why you’re complaining…

I seriously doubt that you understand anything at all…certainly nothing regarding my focus.

Maybe you should let your YingYang boy squirt some whipped cream down your throat. He likes that kind of shit.

This is why we need to start protesting them the same way that they protest us.

I doubt you’ll be getting out.

Thread derailing as these posts have nothing to do with the thread topic!

The corporations with the worst corporate policies, the ones progressives would complain about most, treating their workers like crap, and causing environmental problems, are also the ones giving in most to these radical progressive social policies.