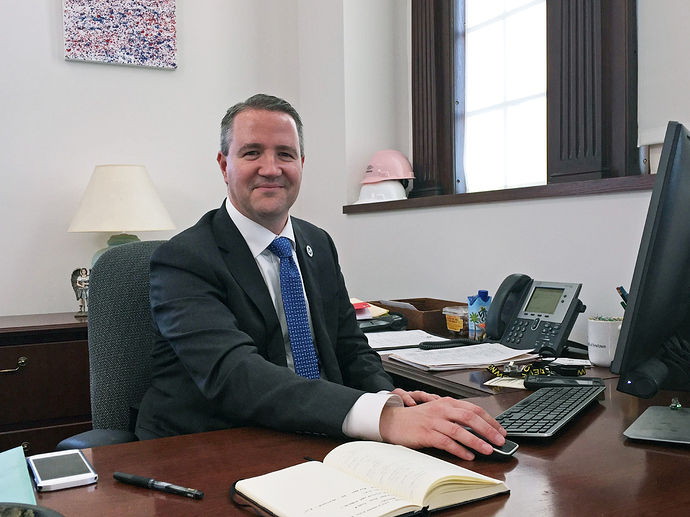 This is the smug face Newtown First Selectman Daniel Rosenthal, a traitor to the people of Connecticut and the United States of America.

Against the wishes of local residents, Rosenthal is actively working to flood Newtown, CT with hordes of illegal aliens from the urban areas of CT and economic refugees from around the world.

Rosenthal’s plan is to turn the old Fairfield Hills psychiatric hospital campus into a sprawling wasteland of “affordable housing” apartment units, which will permanently shift demographics, overload the schools with non-English speaking students, increase crime and drugs, decrease property values, and overall make a beautiful town in surburban Connecticut into an inhospitable and uninhabitable hellscape of forced diversity and multiculturalism.

Local news outlets have barely covered this because they are all sympathetic to Rosenthal’s far-left cause. Newtown residents, many of whom are centrist Democrats, have clearly and repeatedly stated that they don’t want the old Fairfield Hills hospital campus being turned into affordable housing (i.e., welfare) apartments.

Unfortunately, despite the pleas from local residents who were not consulted sufficiently about this initiative, Rosenthal is forging ahead with his plans behind closed doors — largely in secret. A lifelong friend who works in the Connecticut State House has been keeping tabs on this as Rosenthal has made this his top development priority for Newtown.

Here is the latest article that was posted on the subject. While the article did illustrate dissent among the residents news coverage of this has completely dropped off while Rosenthal pushes forward. 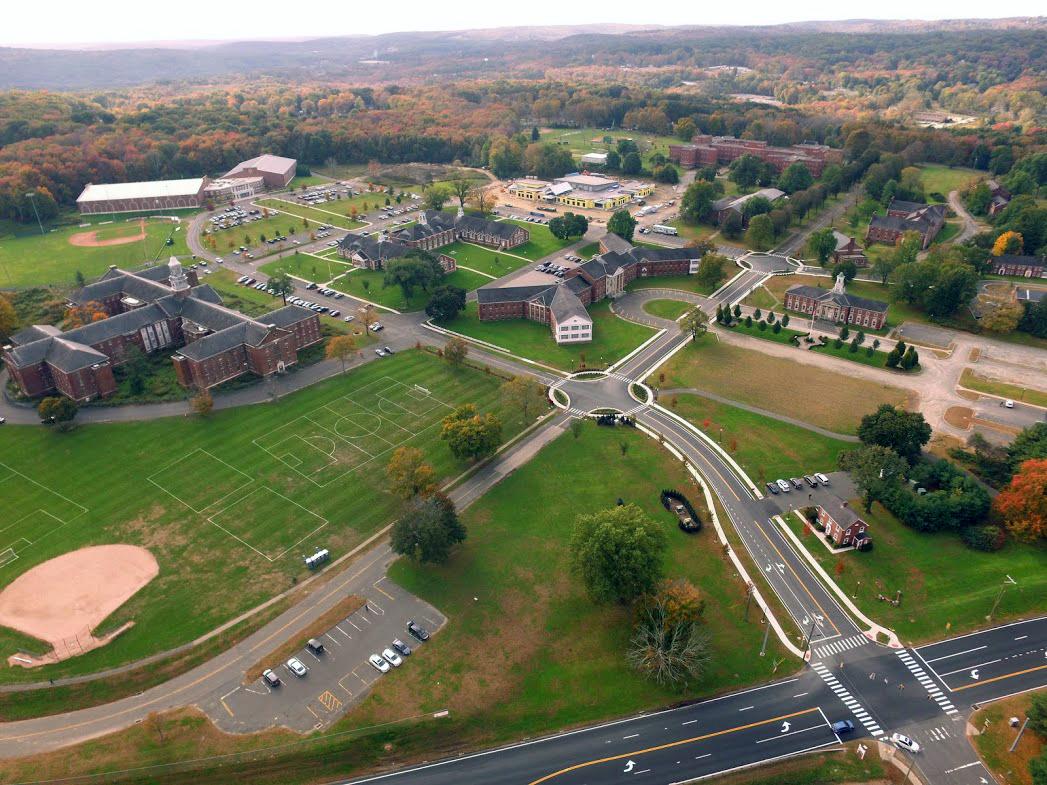 NEWTOWN — They’ve become their own characters — these red brick hulks of colonial charm — standing in quiet testimony to their heyday, when 4,000 psychiatric patients and 3,000 hospital staff lived here. But these old timers that populate the...

I’m so sorry to hear that this is happening. I will never understand why fellow Americans will so willingly take part in leading the destruction of their own communities.

Politicians don’t care about their own communities. They only care about getting elected and keeping their comfy political jobs. In order to do that they will whore themselves out for pennies on the dollar. They will never have to face any consequences for their actions which only further emboldens them to push the envelope. Until we decide to let them know that this won’t be tolerated, it will persist.

Diversity will be celebrated and you WILL like it. Want to voice concern? That makes you a racist nazi who deserves to die. Welcome to America in 2020.

This will lead to dems rebelling besides who cares what happens to dumbazz liberals . Tax them to death !!!

Real shame what’s happening in Connecticut. Being from NYC, alot of my friends and extended family ended up moving to CT. I also spent roughly 3 years living in CT on and off when I was in the USCG. It’s a beautiful state that is controlled by the shitholes of New Haven, Bridgeport, Hartford, Stamford, Norwalk, and Greenwich. With the exception of Greenwich, those places are all crime-ridden shitholes. The rest of the state is peaceful and rural. When I lived there and was stationed at USCGS New Haven, I lived over an hour away close to the border of Massachusetts. If it weren’t for the snow and the shitty laws, I would move back.

I’m so sorry to hear that this is happening. I will never understand why fellow Americans will so willingly take part in leading the destruction of their own communities.

I know this might be difficult to hear @Alexis but people like Dan Rosenthal are not your fellow Americans. When he sufficiently destroys the community he is currently residing in he will scoop up his family and head back home to greener pastures using the the passport of the country to which he truly shows allegiance to. People like Rosenthal are rootless and they are prevalent in politics, media, and academia. I’ll let you put the pieces together and do your own research on this.

Keep in mind that it’s not just Democrats doing this sort of thing. Republicans are doing it too. Big paydays involved.

There are many ways to sell out a country; but when the smoke clears & irreparable damage is done, it all boils down to treason. Not always the means; but the end.

The problem is the elites from those areas of Connecticut are spreading out further and further into the smaller towns and villages throughout the state. What we see happening with Californians and New Yorkers moving to red states is exactly what’s happening on a smaller scale with Connecticut — urban liberals are moving to generally conservative areas to escape the hell that they have unleashed. We also have the influx of liberals from New York, New Jersey, and Massachusetts coming to Connecticut for our lower property taxes and scenic beauty.

At the state level, Connecticut still has a lot of red pockets but at the federal level Connecticut is deep blue and it is only getting worse.

I think all states in the Northeast are in competition with one another to see who can force as many residents out of the state as fast as possible. The entire Northeast is dying because of idiots like this.

I find some irony in the fact that all this is going to be put into a psychiatric hospital.

Maybe they should bring back the abandoned psychiatric hospital and reopen it for business?

They should. That’s where we used to keep all of the homeless crazy people that are going ape shit on our streets.

Now they want to update them and make them nicer than the homes the most working people live in and hand them over to illegals, refugees, and welfare recipients.

Remember the “Hartford Whalers”? They had the coolest logo out of any team in the league. When they left, it was a microcosm of things to come for the state in general. Economics of the state, much like New York started going downhill fast, and when that happens it’s stuff like this that eventually fills the vacuous situation created by asshat Democrats whose fear of losing their grip on power motivates such decisions! The same is true in other states with failed economies led by democrap failed policies. There is a pattern that is easy to identify and it’s justified by ideology driven mantras of the progressives!

Spot on @Dr_Manhattan - and do you know where the Whalers went? North Carolina, like the majority of their state