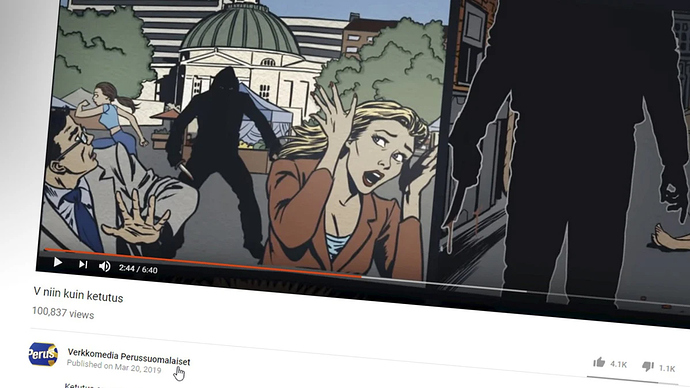 The Finnish nationalist party has released a movie about the traitor politicians letting in rapefugees and terrorists.

It has caused some panic among the leftists and they are overreacting.

In the video a dark monster rises from the earth, fueled by the anger of the citizens. The monster goes after the corrupt politicians. Now the libtard media is saying that the nationalists are coming to kill them and the traitor politicians.

The film is below and has English subtitles.