Film Studios Have Learned to Fight Back Against the Incel Hordes 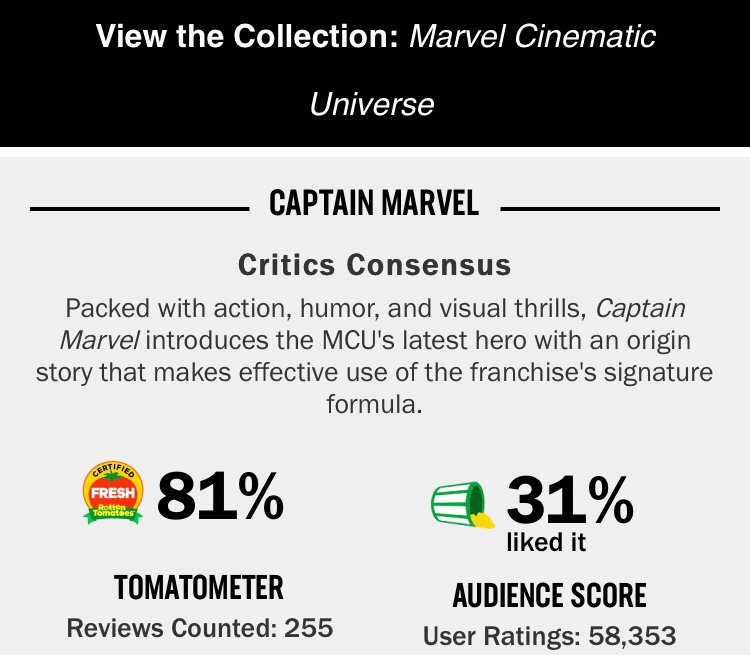 They’re a relatively recent phenomenon, a loose organization of men dedicated to policing the culture. Having achieved success using social media to hound female gamers and journalists during the so-called Gamergate of the earlier 2010s, they moved on to politics and now cinema.

The attacks have gotten so bad that Rotten Tomatoes took the step last week of prohibiting user reviews before a movie’s release, an attempt to prevent trolls from torpedoing a film. (Actual film critics have responded favorably to “Captain Marvel”: It currently has an 83 percent rating on the site and is “certified fresh.)

Besieged movie studios have learned how to deal with online turmoil. The number of teams at the major Hollywood studios dedicated to countering online trolling has swollen from just a handful to as many as 40, said Marc Karzen, lead strategist at RelishMix, which tracks online activity and advises studios on tactics. Some digital-marketing specialists recommend leaving it to the fans of the movies to correct any negative discourse, rather than having the companies intervene. But studios have made countering online barrages a priority. In 2019, digital ad spending in the entertainment industry will be an estimated $6.64 billion, up from $3.45 billion in 2016, according to researcher EMarketer.

Disney has plenty of experience dealing with the onslaught. Executives and strategists try to keep their tactics under the radar, and Disney declined to provide an executive to comment on its tactics. But the studio’s answer to the online hate is there for all to see on the internet.

Trolls eternally btfo’d once again. You thought you could get away with leaving a negative review?

Brie Larson is a fat, ugly bitch who has foot fungus because she is a disgusting dumpster diving hobo tatted up skank.

But Disney was ready for them

So they confirm that Disney owns, blackmails, and hire shills in, the media to push their films and give them as much positive publicity as they can even enough to twist Rotten Tomatoes’ arms and make them remove the “want to watch” percentage.

Even Chinese party officials aren’t this worried about public opinion. 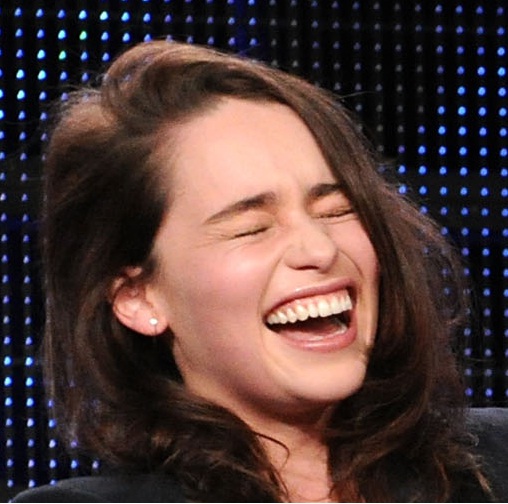 My daughter is a big time lefty Bernie supporter feminist. She went and saw this movie with her girlfriends last night for International Women’s Day. They came home and said it sucked. 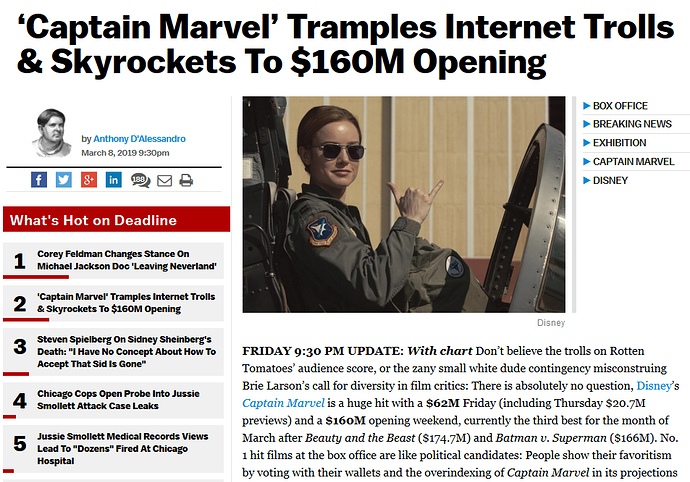 magically gets 160 million when it opens

Every film’s gross revenue in the last 60 years has been a lie, hasn’t it?

Disney shilling is getting annoying, it’s like stepping on virtual shit everywhere you go. During Infinity War hysteria on reddit even DC subs got bombarded by completely unrelated shillposts getting 2000+ upvotes instantly. Fuck Hollywood ■■■■■■■ and their propaganda trash.

Marxists have infiltrated every level of media and educational institutions.

Homosexuality and transgenderism is taught to children as young as five.

Free speech is no longer legal.

Guns are no longer legal.

The neckbeard sits on his chair typing “The marxists are pushing propaganda in our movies! This has to stop”

He gently wipes the sweat from his brow and changes tabs to exhentai.

“Yeah, any day now, someone will show marvel by leaving negative reviews on meta critic”.

Every film’s gross revenue in the last 60 years has been a lie, hasn’t it?

Of course, in this case they bought out millions of their own tickets to make it look like all the hype was real. No one gives a shit about seeing a female superhero movie with a boring and ugly lead, a pointless plot, and all white men displayed as the villians. 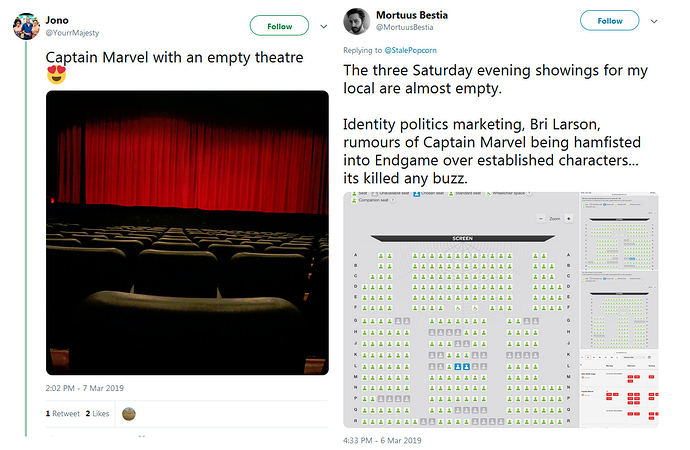 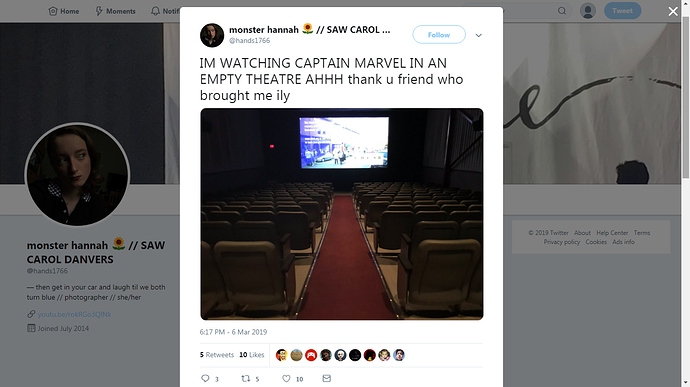 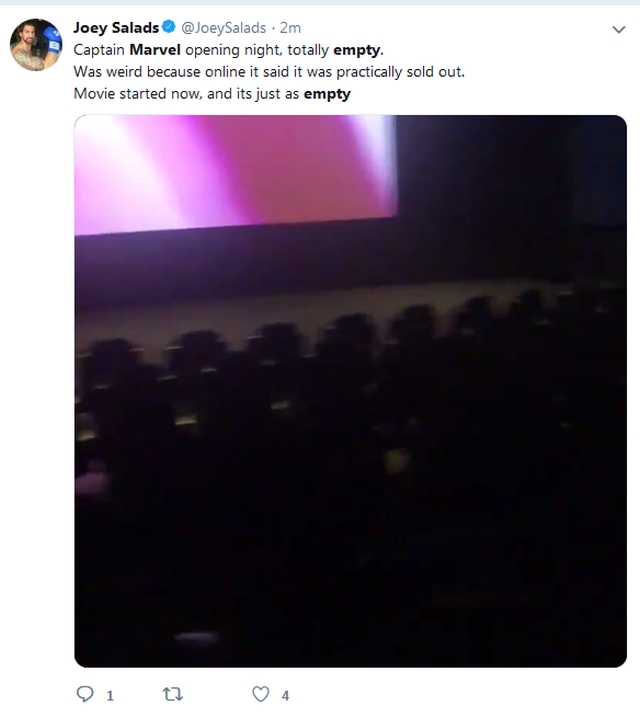 This movie was so bad people aren’t “review bombing” it they just hated it. 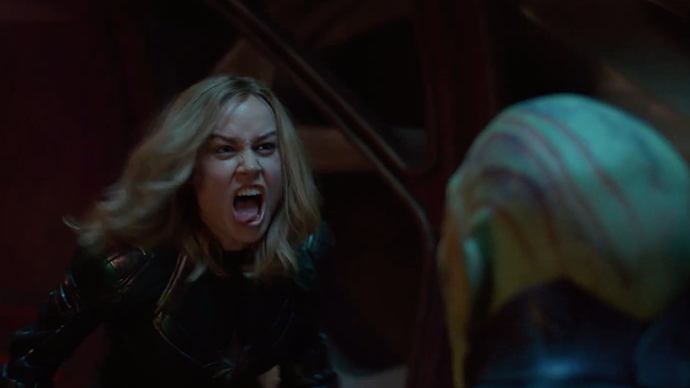 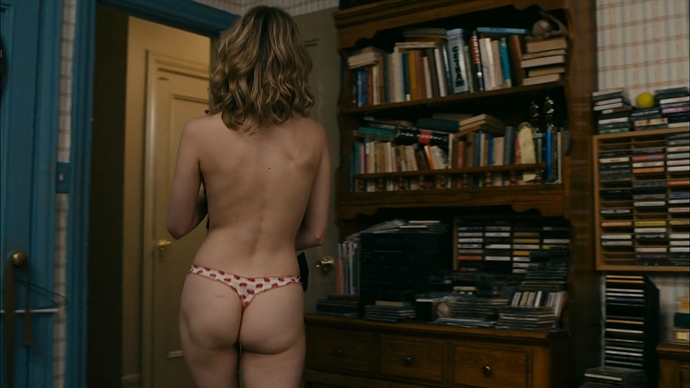 who has foot fungus because she is a disgusting dumpster diving hobo tatted up skank. 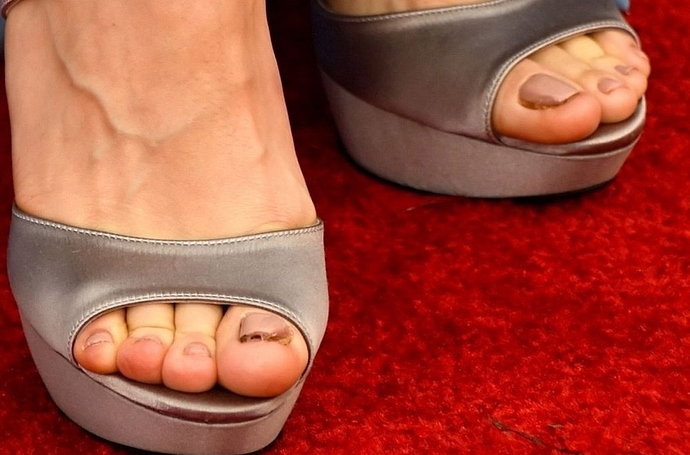 They should have hired a butt double for her. Nobody wants to see that nasty thing. Looks like somebody let the air out of those tires 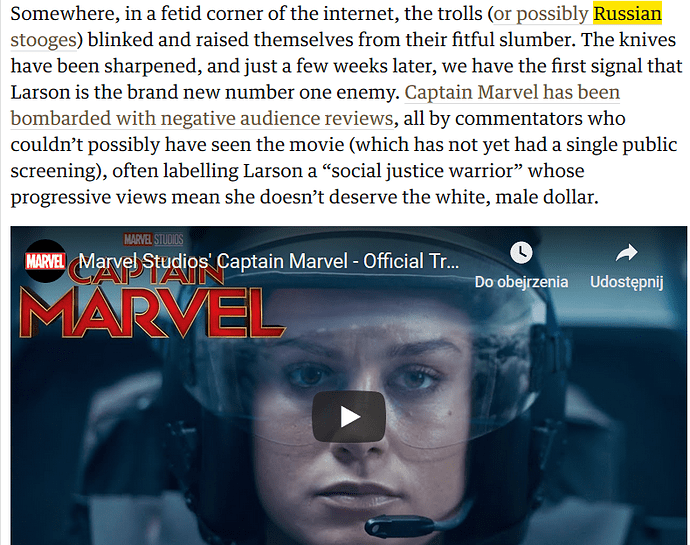 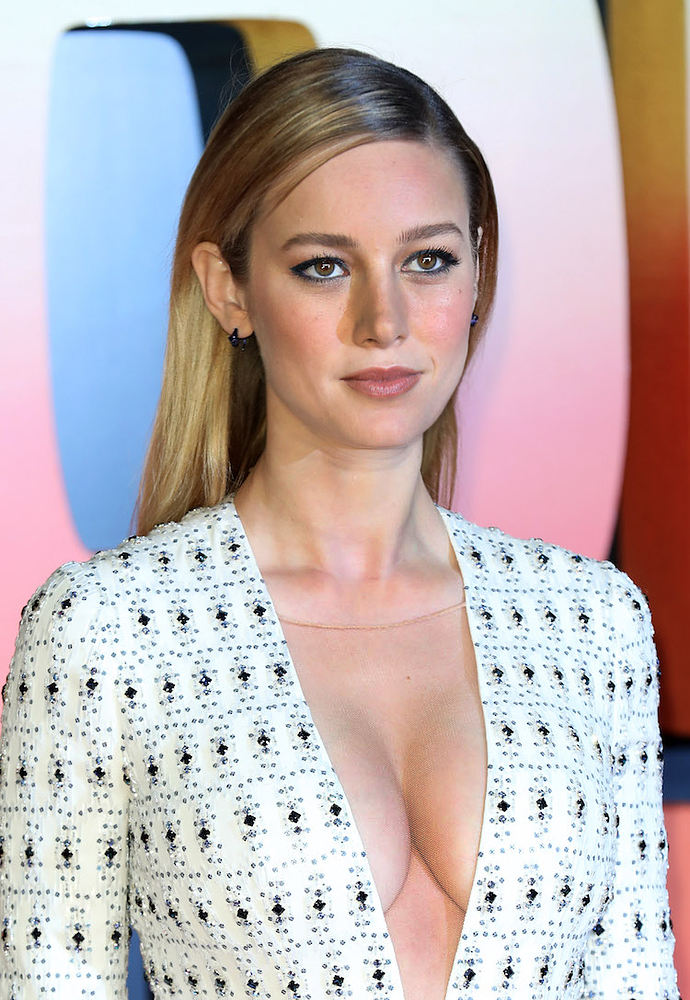 Expect to hear this stupid excuse for the next few years, that is until the left finds their next boogeyman to blame for all of their failures and shortcomings. 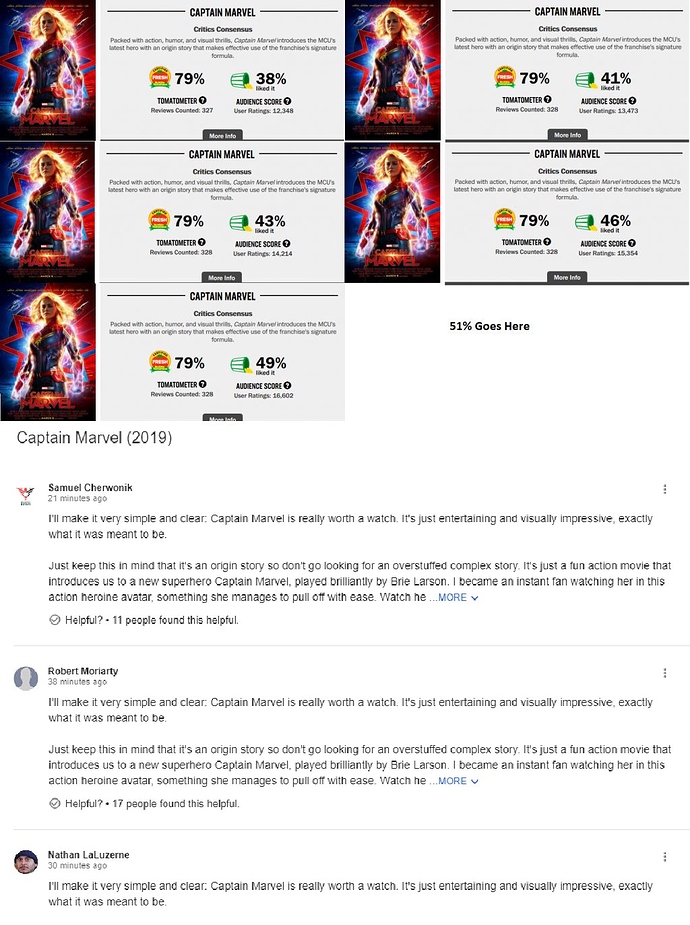 If Putin is ordering his army of trolls to shit on Soylywood he must have some good taste.

But why would Russians want old style KGB cultural subversion stuff to get bad ratings on Rotten Tomatoes?