Related to the other Islamic terrorist compound in New Mexico. 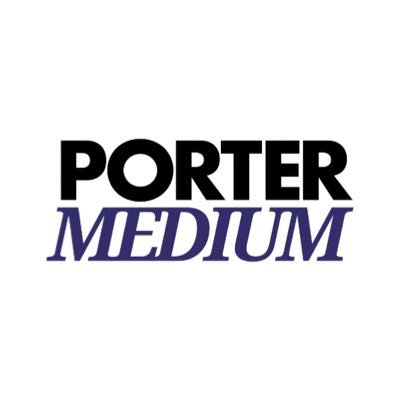 Breaking: The FBI has uncovered a terror training camp in Macon County, Alabama. The group responsible for the camp was led by Siraj Wahhaj. Wahhaj managed a New Mexico terror compound uncovered last year, which trained children to carry out attacks. https://t.co/fGhArw02yU

FBI investigators have found a training compound in Alabama linked to a group of suspected homegrown terrorists.

According to a report by the Sinclair Broadcast Group, an FBI search warrant described the property in Macon County, Alabama, as a “makeshift military-style obstacle course.”

Identified in reports as a “homegrown Islamic terror compound,” it allegedly belongs to a group led by 40-year-old Siraj Wahhaj, an imam indicted on federal charges related to firearms violations and terrorism.

Wahhaj and four other suspects Jany Leveille, 36, Hujrah Wahhaj, 38, Subhanah Wahhaj, 36, and Lucas Morton, 41, face a range of firearms and terrorism-related charges amid accusations they conspired to support planned attacks on U.S. law enforcement officers and other government employees.

Federal prosecutors commented in March on the charges against Wahhaj and others in a new indictment that brought fresh terror-related allegations.

“These allegations remind us of the dangers of terrorism that continue to confront our nation,” Anderson said.

Charging documents allege Wahhaj and others were conducting weapons training with assault rifles at the ramshackle compound in New Mexico, where children were being trained to commit school shootings.

“He poses a great danger to the children found on the property as well as a threat to the community as a whole due to the presence of firearms and his intent to use these firearms in a violent and illegal manner,” prosecutor Timothy Hasson wrote in court documents.

The New Mexico compound, located on the outskirts of Amalia, a tiny town near the Colorado border, is reportedly similar to one FBI agents found in Alabama.

In an interview with Sinclair Broadcast Group, former FBI agent Tim Fuhrman warned of the increasing threat of domestic terror that “exists in every region of the United States and affects all walks of life.”

“Just because you’re in a small town or a small state does not mean you might not potentially have individuals engaged in the types of activities that would call into question threats to national security,” Fuhrman told the outlet.

The FBI is currently pursuing 850 domestic terrorism investigations, Assistant Director for Counterterrorism Michael McGarrity said earlier in the week while speaking to the House Homeland Security Committee, according to CNN.

“The FBI assesses domestic terrorists collectively pose a persistent and evolving threat of violence and economic harm to the United States,” McGarrity said.

The FBI encourages citizens to protect themselves against terrorism by remaining aware of their surroundings, refraining from oversharing personal information, and reporting suspicious activity.

The remains of 3-year-old Abdul-Ghani Wahhaj were found at the New Mexico compound, where authorities found 11 malnourished children, guns and ammunition, and a firing range.

The search of the compound was sparked by an investigation into the whereabouts of the missing 3-year-old, who was Siraj Wahhaj’s son and suffered seizures.

The boy stopped breathing and soon died during a ceremony, prosecutors said. Wahhaj had placed his hand on the boy’s head and was reciting verses from the Quran just before the boy began suffering seizures and foaming at the mouth. He was soon dead.

Wahhaj’s 15-year-old son recounted to officials that one of the adults told him the spirit of the dead boy would return as “Jesus” to direct the group on where to carry out the violent attacks they were allegedly training for.

Prosecutors said Jany Leveille, Wahhaj’s wife, led the group and was the one who spread the belief that the boy would be reincarnated to attack banks, schools, and government agencies, reported USA Today, citing an FBI agent’s testimony.

“Jany had a message from God that they needed to leave and head to New Mexico and that Abdul Wahhaj, once the demons were expelled from his body through religious rituals, that he would become Jesus and once he became Jesus he would instruct the others on the property, the family, what corrupt institutions to get rid of,” testified FBI agent Travis Taylor, who interviewed two of the oldest children.

Kidnapping charges were brought against Leveille, Hujrah Wahhaj, Subhana Wahhaj, and Lucas Morton in connection with the child’s abduction and subsequent death.

They potentially could have faced the death penalty if convicted of abducting the child because authorities said it resulted in the boy dying.

Prosecutors said in a filing ahead of a court hearing in April that they would not seek capital punishment against the four suspects. 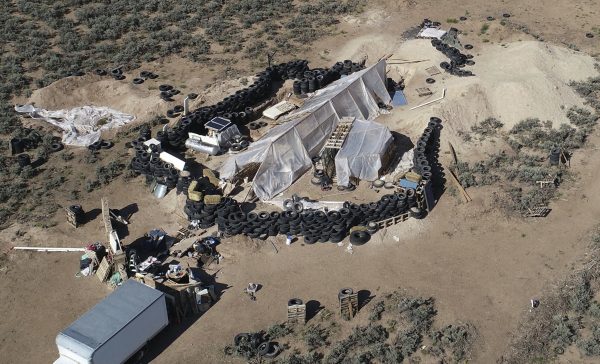 FBI investigators have found a training compound in Alabama linked to a group of suspected homegrown terrorists.

Are they going to cover it up like they did the one in New Mexico?

Didn’t they bulldoze that one a couple days after they found it without any serious investigation? There was the body of a child found there too. The media went silent.

Are we redefining “homegrown” now? Or are they saying these terrorists were born and raised in Alabama? Doesn’t sound like that’s the case to me.

Multiculturalism can’t work when the people you allow into the country don’t like actually like you, your culture, or your country, don’t want to integrate, and just want to live on benefits!

I guess the stupid bastard thought nobody would be watching him.

Obama and US State Dept imported these terrorists, and now I suppose they want us to be grateful for catching them? LOL.

All this PC crap is detrimental to our safety and general welfare. We need to cut off the flow of third world idiots into our midst.

Being a nation of immigrants…and continuing to accept merit rated immigrants does not include acceptance of criminals.

Freedom of religion does not translate to allowing government overthrow by an intolerant theocracy.

Muslims that want to practice their own theocracy should be deported to Muslim countries.

I can bet that Alabama isn’t the only state in the US, that has (or had) homegrown terrorist compounds.
Ever since after 9/11/2001, there have beena record 22 Jihad Camps scattered about inside the U.S. They have been secretly training young kids, and others to take out as many major cities as possible. Some have been obviously foiled through the years leading up to 2019. But Alabama is the latest state to have exposed what they have been working on all along. And I am sure there will be plenty of more that will be exposed. 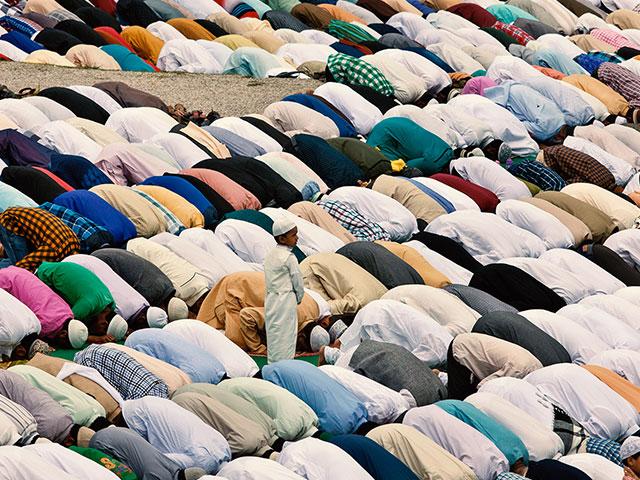 22 Jihad Camps Inside the US? Here's the Disturbing Islamic Prophecy Behind Them

When authorities raided a makeshift compound in New Mexico, they were searching for a missing boy. Instead, officials say they uncovered a jihadist camp training children to carry out attacks. Now they're concerned there could be more camps like it...

I am sure we all remember the suicide bombers that were going into cities and blowing themselves up. They were trained in advance in some camp inside the United States.
I can almost guarantee that this won’t be the last time, we will read or see some camp somewhere in America either being foiled or exposed.

Islam has been forever and will continue to plot and attempt the conquering of the world through threats, terrorism, murder, subjugation and control of people…all of which was seeded and nourished by blind belief in the words of a goddamned, perverted pedophile, Muhammad, a despicable pieces of feces from the 15th century.

This will not end until all of radical Islam is DEAD!

We should abandon our PC approach and kill them all.

No they just don’t want to talk about it.

The media and left don’t want to talk about it as it demonstrates that undesirables are entering the country everyday.

It will become a minor problem when the terrorists being their campaign of terror in the US much like Europe as the media and left downplay the terrorism coming our way.

The religion of body pieces

There is no moderate Islam. At least according to the Turkish president. Then there’s the guy in Canada, a professor, who is quoted as saying that they’ll use violent jihad if their subversive efforts are ever stopped.