Might explain a few things as to why we are seeing all the degeneracy being promoted by the left and their Democratic leadership on so many levels. This is pretty staggering if any of this is really true, and no this really isn’t in the conspiracy section which was my first reaction when reading this story.

Here are some the linked article highlights:

"Last month, the FBI released over 300 pages relating to decades-old investigations into the “Finders.” Analysis of the eye-opening documents, which include police reports and correspondence between various agencies, reveals that the group was a satanic cult and suggests deliberate obstruction of justice by feds and the CIA, which is all the more relevant in light of the recent attention to sexual and child abuse scandals connected with the rich and powerful, and the shady history of US Deep State intelligence agencies.

The story began in 1987 in Tallahassee, Florida, with the arrest of two men traveling with six children aged 2-11, who stated they were on their way to a school for “brilliant” children in Mexico. The men were uncooperative with police, and the children were dirty, very hungry, without underwear, had bug bites, and seemed unused to modern technology like plumbing.

After picking up the men and children, law enforcement determined that they were connected with a cult called the “Finders,” which is known to have been led by a man named Marion Pettie who called himself the “Game Caller,” and would give missions to the members that could be anything from taking an odd job to traveling internationally.

Local police and FBI carried out search warrants on both of the Finders’ locations, a farm and a warehouse near DC. What was found there appears to be a subject of controversy. A USCS agent reported “a substantial amount of computer equipment” and “documents purportedly containing instructions for obtaining children,” allegedly including “purchasing,” “trading,” and “kidnaping” children.

The warehouse was also the subject of an “inquiry” involving “classified maps of underground tunnel/sewer system” in DC. At the farm, police found evidence of a “satanic/cult ritual.” Contemporary stories report that photos recovered included children dismembering goats while watched by white-robed men; a child in chains; and naked children.

However, the investigation appears to have been quickly taken over by the FBI. Despite everything found, the search warrant was “shut down on first day,” and a subsequent FBI walk through examined no evidence.

There are also numerous redactions involving what was found and the people and agencies involved, meaning it is possible there was further physical evidence originally recovered which remains wholly unknown."

For further reading on this story go here: 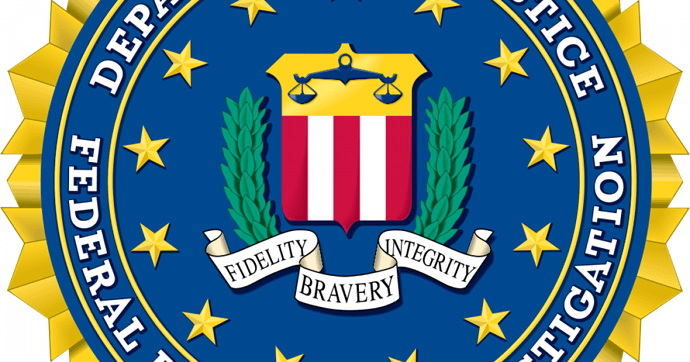 Analysis of the eye-opening documents, which include police reports and correspondence between various agencies, reveals that the group was a satanic cult and suggests deliberate obstruction of justice by feds and the CIA, which is all the more...

In the same vein of this story is also the issue of Twitter allowing pedophiles free reign on their platform! is there a connection? 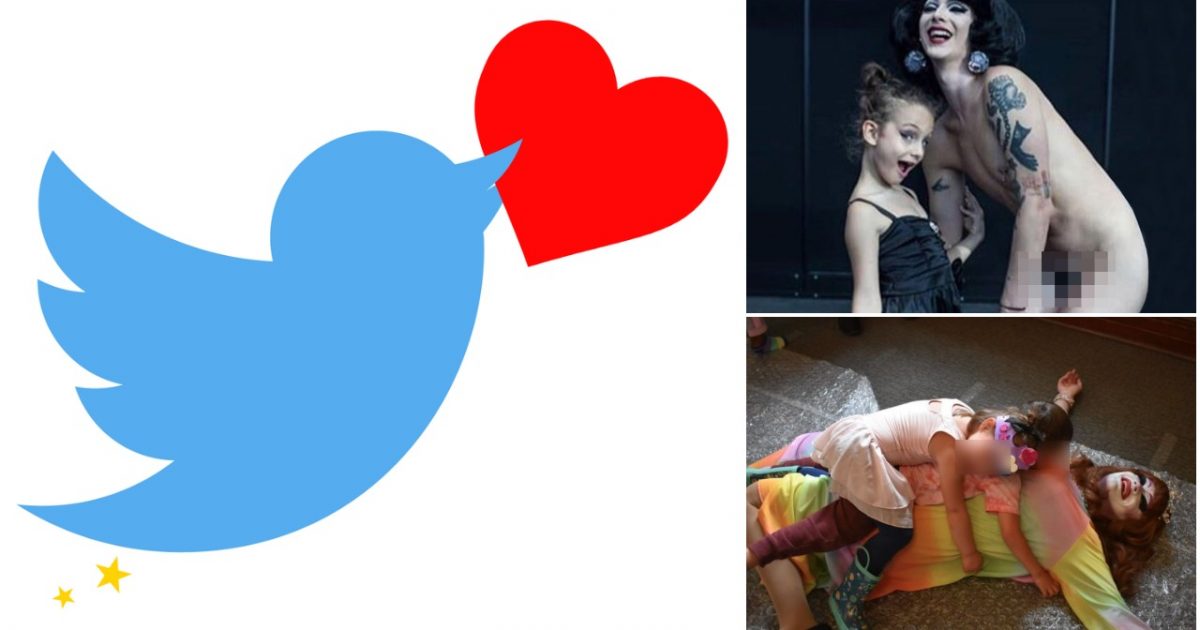 Finders Keepers (Wikispooks)
Police follow up on a child sex abuse case & discover the criminals involved were connected to “the Finders”. Further investigation into the group by polices officers was prevented on the ground that the group had CIA connections.
https://archive.is/HJuAF

The Finders’ Keeper: An Interview with Marion Pettie
https://archive.is/kcaCq

I can search some of our old servers. A former member from back in the day used to post about the Finders and Pizzagate a lot.

Here’s an article from back in the day. Funny how this stuff gets buried for decades but the same people keep causing the same problems. 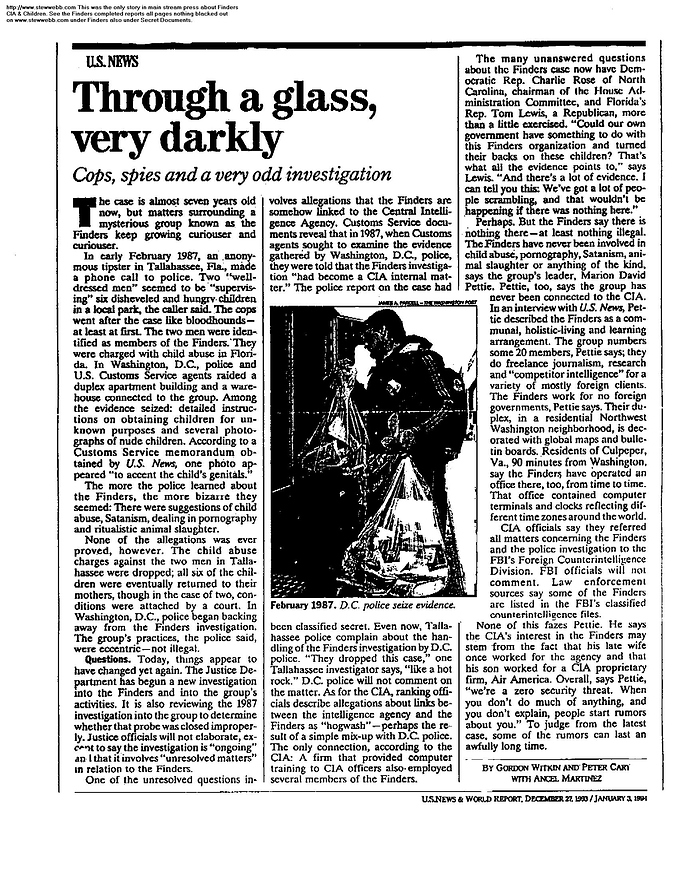 OMG! This is pretty amazing!

Whatever happened to Pizzagate? Why don’t we hear about that anymore?

What I find most interesting is the children involved are now adults, and wonder if their silence was bought or threatened?

Mister Metokur did an extensive video about this… 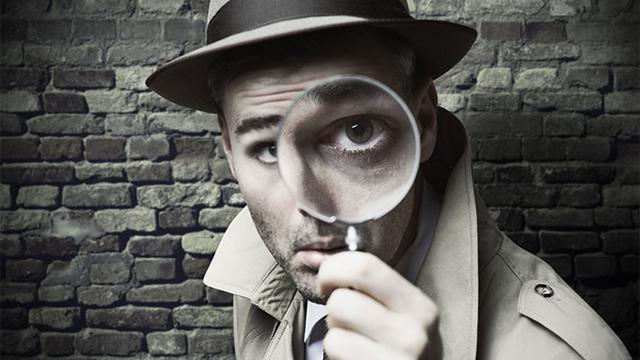 This is some spooky stuff and I have been following it for a long time. If anyone its interested in learning more, take a look at the FBI vault release on twitter. It’s absolutely sickening. Gut wrenching. Vomit inducing stuff. All the things we suspected about Pizzagate and worse. It is about the Finders, which is basically, we are coming to find out, a sex cult that preys on children that was originally started as a CIA counter intelligence operation.

In the MPD write up summary of their investigation, they write that "It is the writers belief that the Finders organization is and has been utilized by the Central Intelligence Agency as a disinformation service spreading non essential, non critical information to various organizations throughout the United States and overseas. "

If stories like this don’t bring you closer to God, I don’t know what will. This is PROOF that Satan exists and demons crawl this earth. We should all be thankful, that by the grace of almighty God, no matter how shit your parents were, AT LEAST THEY DIDN’T MOLEST YOU. At least they didn’t sell you into slavery, or sodomize you when you were a child. Holy fuck. This is the stuff that nightmares are made of.

Some of it was mass child rape for psychological research purposes. A lot of kids disappeared every year for a number of years in there.

Check out the Franklin Credit Union scandal there’s a documentary called Conspiracy of Silence. The perpetrator lived with a major donor in DC at the time after being released from prison. Several kids won multi-million dollar lawsuits. Almost the entire upper class in Omaha purportedly raped those boys, according to a judge.

Nice rundown. So how is this connected to Pizzagate?

You must be young, this predates pizzagate. This is the satanic panic from the 80s, everyone was afraid of child abducting vans and schools with satanic ritual tunnels underneath, it was pretty widespread. It was real, obviously, but we were told it was “a conspiracy theory”. Sure, it’s tied to pizzagate, but it’s more accurately described as the satanic panic.

I was mainly referring to the corroboration of a vast array of tunnels under Washington DC that are used for the purpose of child trafficking. And all the worst suspicions behind pizzagate basically being corroborated by these earlier scandals. i.e small children, less than 5 years old, being pimped out, sodomized, raped, sold into sexual slavery, used for blackmailing purposes on politicians. Basically all of our worst suspicions coming true.

Oh I get it, and I don’t disagree, but satanic panic is EXACTLY this story. This document dump is about satanic panic. Is it related to pizzagate? Yes. I get that younger folks have no context for this, but “my school/preschool had tunnels where we are raped and sacrifice animals to satan” is what satanic panic was. This specifically is about that.

That is pretty crazy. Speaking of more crazy, I wonder if most celebrities are crazy due to being raped and molested by the ones who gave them their opportunities? The reason I ask according to this account this network is like eyes wide shut. I wouldn’t have believed until I saw it in a Hollywood movie somewhere! Of course not speaking of Weinstein but this network that has been going on for a very Long time.