Evidence is beginning to mount that marijuana may cause lasting brain damage, even when used by people in their mid-20s.

At a time when politics and culture appear to be increasingly pro-pot—two-thirdsof Americans now support legalization—scientists have provided yet another reason to exercise caution. A piecepublished by the New York Times on Sunday, written by two physicians, warns that repeat use of the popular drug causes measurable IQ declines in young people. Another articlepublished around the same time by the Washington Post raises similar alarms and also links marijuana usage to misuse of nicotine and even opioids.

These warnings come at a time when it seems that the United States is barrelling toward total pot legalization. Recreational use of marijuana is already legal in ten states, D.C., and multiple U.S. territories, and medical-only use is permitted in a further 23 states. The Washington Post article suggests that state legalization is exacerbating already-dire drug problems in public high schools. Colleges students, who are old enough to purchase pot but young enough to be hurt by it, have it even worse. Every major candidaterunning for the Democratic nomination in 2020, with the possible exception of Joe Biden, has endorsed federal legalization at least implicitly — and even Biden is likely to fold once he begins feeling the heat from progressive activists.

That is not to say that the right should necessarily double down and oppose legalization. Whether legalization should be permitted on a state level or even enforced on a federal level is a debate worth having between those on the right with socially conservative sensibilities and those that consider themselves libertarian. For one, the argument that being dangerous to adolescents warrants banning a substance for all adults has relatively few legs to stand on. Furthermore, it appears that leniency has the advantage even among Republicans, with President Trump endorsing bipartisan measurestoward clemency for low-level drug offenders. Jeff Sessions, who was for two years the most anti-drug cabinet member in the Trump administration, resigned from his position as Attorney General in late 2018 having mostly failed to impede the momentum toward legalization.

If nationwide legalization is inevitable, however, social conservatives still have a role to play in correcting the excesses of progressive thinking. Through internet cultureand Hollywood, toking is marketed as an integral aspect of youth culture. Bragging about getting highis now a political strategy for appealing to young voters. Binge drinking is portrayed as antisocial, chain-smoking as unspeakably dangerous, but being a college stoner is often cast as harmless, fun, even profound. Never mind the risk of reduced quality of life and hidden economic damage due to permanently decreased intelligence, poorer memory, and hindered ability to concentrate. Never mind the risk of escalation into opioid use. Using weed is cool , damn the consequences.

Whether conservatives should endorse the suggestion advanced in the New York Times piece and push for a legal minimum age of 25 for purchasing marijuana is up for debate. Perhaps the solution is more fundamental, part of the long-running conservative effort to restore stable families with responsible parental guidance, insulated from drug-fueled escapism. In any case, the science now confirms that marijuana is more dangerous to more people than is popularly believed. Armed with these facts, conservatives must redouble their efforts to reintroduce much-needed moderation into the national dialogue on drugs.

I think the evidence is overwhelming but too many Americans would rather get high and then expect the rest of us to pay for their brain damage in the future to care.

All you have to do is look at the generations of heavy users as youth that are now sitting around no better than barely functional halfwits.

Living in Colorado is the perfect example of what you describe.

Homeless n the streets in Denver are no longer older people with mental issues but younger people in their 20’s all sitting around with their hands out your leftovers then asking for money. As one young pan handler said to the guy that gave him a buck, what do you want me to do with this, “I can’t even buy papers with this”.

Imagine how bad it will be in another 20 years with 2-3 generations of brain damaged heavy users laying around demanding we provide for them.

My youngest brother is a pothead. I can attest to this. He had a bright future when he was a young student. He started taking high school math in 6th grade…then he discovered pot his freshman year of high school. He lives at home in the basement. No job. He just “chills” and designs hats on the computer.

I saw this in highschool in the 70’s. Two of my friends who were also on the Honor-roll, gave in to the “cool kids” and started down doper road. One flunked out, and the other ended up moving furniture as the best and only job he could get.

They literally ruined thier lives in an attempt to be cool.

I never saw the attraction, but after watching my (ex)friends, no way in hell I was ever going to stick my hand in that wood chipper.

Like with most degenerative substances, alcohols and weeds included, regular uses harm both psychological and physiological health, especially with the young developing brains, i.e. people under 25 years of age.

Funny thing is, the most liberal city in the Union legalizes this brain-mushing degeneracy, yet ban vaping juice. Its clown world for ya 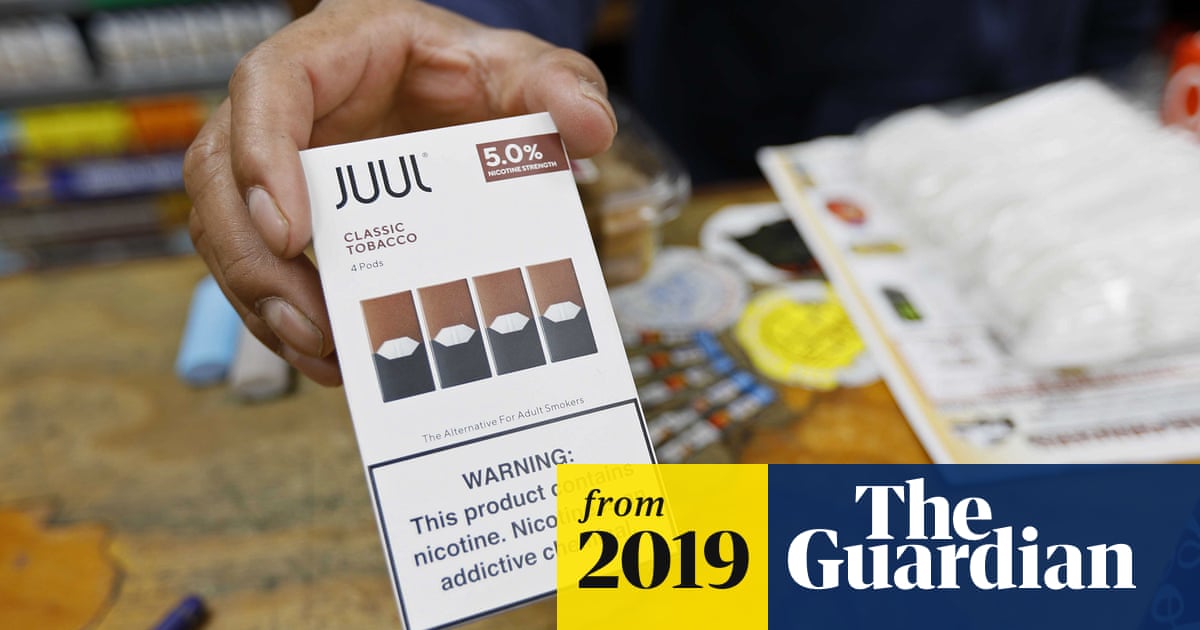 In a preliminary vote, city supervisors unanimously approve the ban amid concerns over youth vaping

I watched one of the brightest and most Beautiful girls I’ve ever seen go from top of the class, most popular, most likely to be successful, yada, yada to sullen, permamently depressed, and barely able to hold down an entry level job as a CADD operator in just three years once she started smoking dope to impress the “cool guy” she wanted to date.

Wasted, means more than high, it’s a state of being.

The most beautiful girl in my 8th grade class fell to that. I almost forgot about that one.

She was the #1 kid in the class in grades and just fell off the map.

She was stunning… An incredible waste.

This gal was truly beautiful in every way, not just sexy but tender, warm, loving, kind, and a real lady to her core as well as exceptionally bright.

I saw her occasionally when I was home on leave and so the decline was staggering to me unlike it would have been if I saw her regularly over the course of those years on a daily or weekly basis.

By the time I got out and went back to settle there for a few years she was a completely different woman in every way. The only way she kept a job was that her employer, a mutual friend of her parents and mine felt sorry for her.

Somewhere along the way in a haze of dope and alcohol she made herself available for use at a party one weekend, got chlamydia and antibiotic resistant syphilis and that was the end of her hopes of ever becoming a mother or marrying a decent guy.

To my knowledge she remains alone, pretty well destitute and will die that way but she’s still living in a daily fog of dope smoke so she doesn’t even care.

Now you know why I was so hostile to the Libertarian horde, all those years ago, who would fall on a sword for Dope and Gay. Oddly it was always both.

I honestly hate it.

I never had any doubt nor did I think you.

Yet today the left and media tout the medicinal value of POT. States love it with the tax it grates as well as dumbing down the population.

The latest ad greatest is the non enforcement of magic mushrooms and the medicinal value.

Why not? It will just create a whole generation or more of brain damaged gov’t dependents to grow the welfare state.

The more broken and damaged people we have living in squalor and misery the more the welfare state has to grow to “take care of them”.

I smoked blond hash when in my late teens and gave it up when I started college. Shit, I barely had enough money to live on let alone waste it on hash. Later I enlisted in the Air Force and the rest is history. I have never had the desire to try it again.

I had a lot of friends that smoked pot like it was going out of style. Some of them their whole life revolved around pot. These were the ones that never amounted to much.

The pot today is not the same pot as it was back in the 70’s. The stuff they sell today is much stronger.

But, it’s like anything. As long as it’s done in moderation I don’t see a big issue. But that’s the problem. These kids today have very little self control.

Yes it is more potent.

THC levels in Colorado legal weed can reach as high as 24%. Average is over 18%. There is a plan to lower the THC levels to a max of 16%.

Cartel pot is less than half the average.

I’m sure somewhere you can find a paper published in a respected journal relating that dumb people are happier.

The happiest people I’ve ever met are Down’s kids. They rarely have a care in the world.

And from something I read about 90% (or at least a very high percentage) of THC is destroyed during smoking,