Eventually, The Truth Will Be Written In History Books

However our the final results of our 2020 election turn out, eventually, the truth will be written. COVID 19 was a political tool. Joe Biden was a fictitious candidate. The Democrat Party is communism in disguise.

If you don't know who  Carlo Maria Viganò is, you can read about him at Wikipedia. The United States Conference of Catholic Bishops has joi...

Barr has moved on. He is working at Mens Warehouse selling suits. And Durham is now handling divorce cases at Dewey, Cheatum, and Howe.

I agree… you are.

Why do I need to do it every day? God knows my life is in his hands. I thank him every day for the things I have, and that I am still making my way, and still above ground… despite not being at my “real” job.

What are you trying to discern from your questions about God, from me?

Really??? When did I say that?

Suit your self. I really don’t care.

This sites most loathed and biggest loser troll dajackoff and his nasty posts
LouMan January 28, 2021, 2:26pm #14

As much as you would like to try and reason with it, there is no reasoning with hate,

Putting it on mute takes away the hate and when no one responds to the hate it may move on to another place willing to acknowledge its hate.

There is something to be said about little angry trolls! 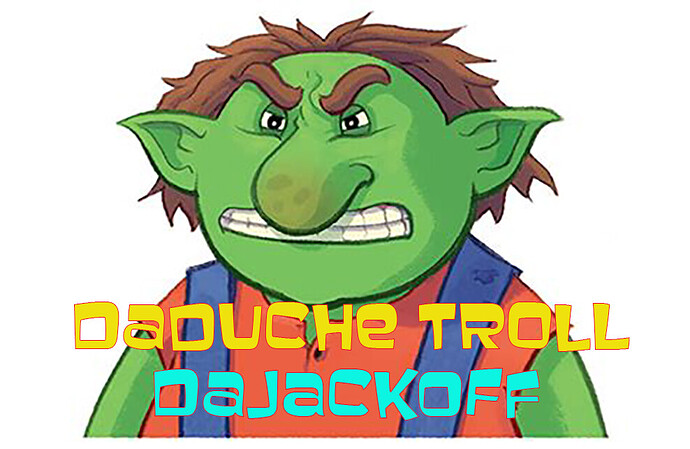 Putting it on mute takes away the hate and when no one responds to the hate it may move on to another place willing to acknowledge its hate.

Hard to ignore this POS when he is putting my name in his Thread titles.

I also put his topics ignore.

Open the topic go to the bottom, tracking and move down to muted. Gone.

A lot of equation between god and Trump with retrumplicans. And that, despite his being ran out of Washington in shame and dishonor…

…and you are too fucking stupid to know the difference between a ferry and a fairy.