The parents of the shooter Ethan Crumbley in the Michigan Oxford High school shooting incident that has left 4 dead appear in court after being arrested. What makes this an interesting case is that the parents are being held responsible and charged with the shooting that their son committed with guns they owned. To make matters worse at the time of their arrest they were within 500 yards of the Canadian border leaving many to speculate that they were on their way to fleeing the state at the time when police caught up to them.

"what about the kids who get drunk and use parent’s car to kill someone?

Please cite the law that was broken. You can’t because it doesn’t exist. Not in Michigan. Remember the wife and parents of the Pulse Nightclub terrorist getting charged? Given all the evidence that they helped him? I didn’t think so. 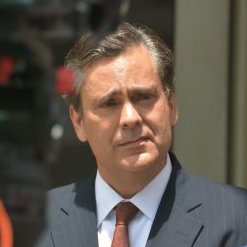 @JonathanTurley
...There is a risk to improvisational element in charging such a case. The question is whether there is actual knowledge or complicity by the parents as opposed to negligence. Otherwise, charges in this case could present strong grounds for challenge.

Andrew McCarthy — “I really think it’s outrageous, I mean I understand it because people are very hot, emotions are very raw, this was a heinous heinous act.”

It’s going to be the subject of a prosecution where the kid who did the shooting who’s going to be treated as an adult which the prosecutors have the discretion to do is appropriately looking at multiple life counts and attempted murder counts, you know he can’t live long enough to serve the number of years that are going to be imposed in this case but we’re not supposed to make criminal law on the fly ,” he said.

And you can argue that that’s a good thing or a bad thing but the fact is it’s a thing and it’s up to the legislature to make the criminal law so what happened here is they don’t have a law to prosecute what the parents did even though the legislature’s considered it and not enacted it.”

So at a time when everybody’s hot and emotions are raw, prosecutors are creating a crime on the fly to attach to these parents. And if you think about it, it doesn’t make much more sense to accuse them of complicity in murder, any more than it makes sense to accuse the school officials of murder .”

Makes sense they are white and therefore GUILTY .