Eric Ciaramella, Victoria Nuland Received Regular Updates from Top Official at Soros’ Open Society Foundations. These emails were obtained in 2018 by Citizens United as part of an investigation into Victoria Nuland. Lo and behold, it turns out the alleged whistleblower, Eric Ciaramella, was included in the communications loop between Soros’ organization and the State Department. Hmm. 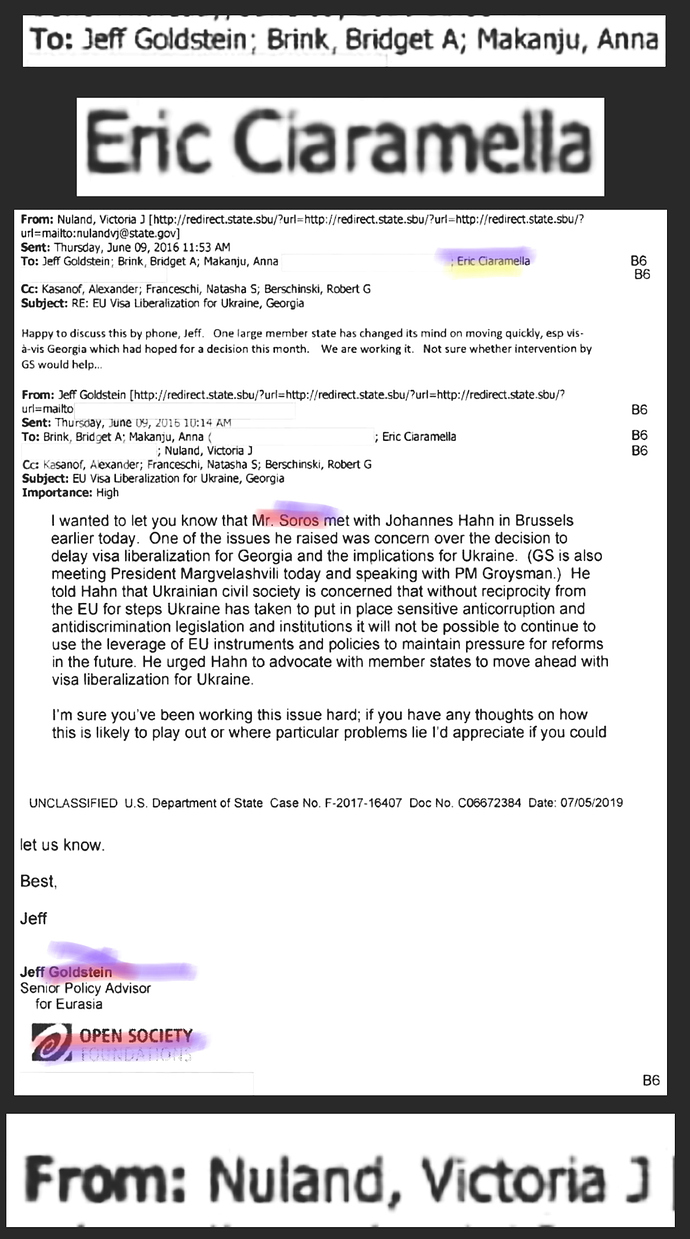 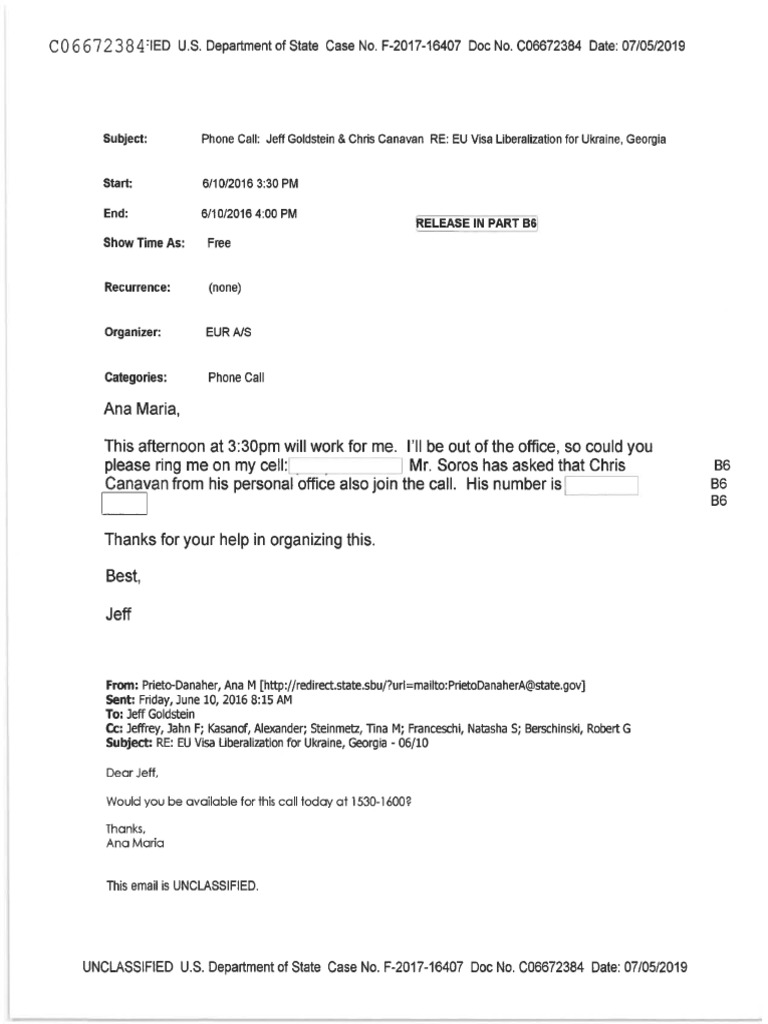 “Visa Liberalization” aka let as many undesirables into the US as possible from one country as a way to negotiate with another country. Straight up giving away access and residency in our country to the lowest bidders. Fuck these people. Find the tallest tree.

There is a ton of evidence that supports this “whistleblower” being a partisan Obama devotee who will work against the interests of the administration while abusing and degrading the whistleblower process. I think the reason why they won’t officially divulge his name is that if they do they know he will go to jail.

So the accusations that George Soros is running the State Department is actually true.

On both emails (Nuland to Goldstein and his reply back to Nuland), it appears that two names have been redacted from the “To” list of recipients.

I’m sure they link back right to Hillary Clinton’s email server.

If that’s true then the FOIA office shouldn’t be redacting it to protect her. We all know that she had a private email server that she wasn’t supposed to have. Just because this would look really bad for her doesn’t mean it warrants the government withholding information. I hope they get sued over this.

I’m wondering if it was George Soros’s son. You know when that old prick dies we are going to have to deal with him next.

On both emails (Nuland to Goldstein and his reply back to Nuland), it appears that two names have been redacted from the “To” list of recipients.

That IS interesting, isn’t it?

Shocking! The State Department received correspondence from a humanitarian organization that works with other countries all around the world.

This should probably go in the conspiracy theory category. Or better yet, the nothingburger category. Do we have one of those yet? Because if we don’t we need one.

So the accusations that George Soros is running the State Department is actually true.

Well what a MORON Trump is if that’s true…

This was covered in another thread. The foreign career service as DeGenova suggested is doing the bidding of George Soros! The proof is there, and if we had a honest media this would be getting more attention! Soros needs to be arrested along with all others who are trying to subvert this admin’s foreign policy! Its treasonous in what they are doing!