Blood on the bed is the result of child rape 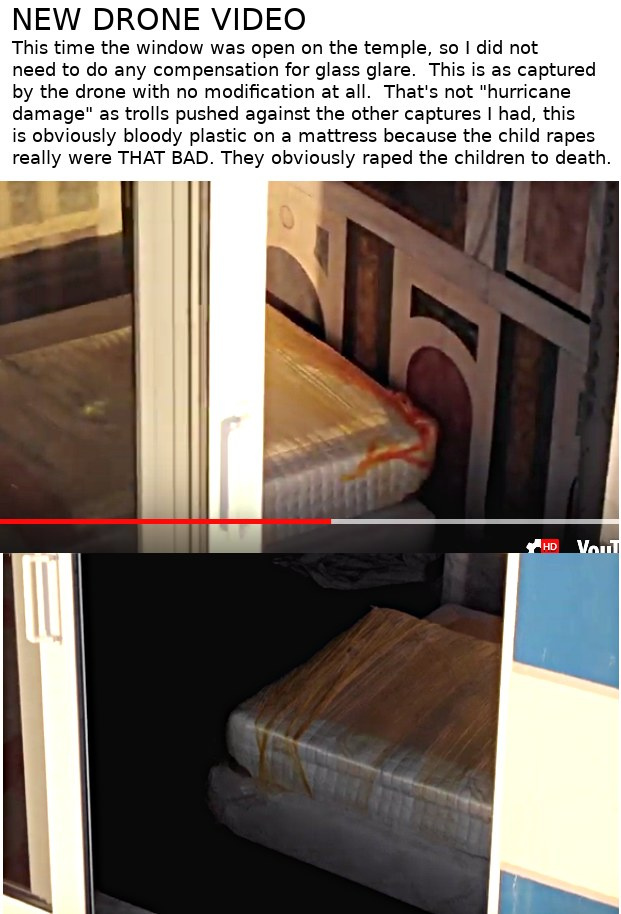 I was going to comment on this, but it was so vile, words just fail me.
Folks, satanists are real and walk among us.

Socialist, perverts, satanists are going to destroy this country they need to be stopped now before it’s to late.

What picture are you talking about? I’d like to see it if you can find it.

Here’s a old essay of mine I called “Hell: the Worm and the Fire”.

Why am I linking to it?

While The Inferno is very imaginative I do not agree with it as it presents punishment for deeds. I tend to look at what is required rather than what can be heaped on.

As such I’ve come to view the Lake of Fire in terms of it being a response to what the lost finally are, what they can only ever be, and one aimed at insuring they will never have sin again rather than mere punishment for deeds done in the body.

As such the stronger the sin nature of the lost the greater the wrath the received for it takes more to hold that in check than if they’ve a weak sin nature.

This guy Epstein was by all accounts we are now seeing over the top, and that he would have at least known about the Law with its moral teachings and as an American had to have some knowledge of the Gospel makes things exponentially worse for him.

Since this essay relates to the final state of anyone who is damned there is really no stronger statement I could say or write to express my feelings about what he now faces.

If these reports are true he’s in a place now where he, like the rich man in the story with Lazarus, is aware of his predicament even if it hasn’t yet been completed.

Ye are of your father the devil, and the lusts of your father ye will do. He was a murderer from the beginning, and abode not in the truth, because there is no truth in him.
John 8:44

Need any explanation? I don’t think so. This “generation of vipers” (Matthew 12:34) never disappeared and rules the world through banking.