A cruel punishment if you ask me.

BOSTON — Actress Felicity Huffman was sentenced Friday to 14 days in prison for paying to rig her daughter’s university entrance exams, a narrow victory for prosecutors in the college admissions case who wanted a heavier penalty but argued that some amount time behind bars for Huffman and other wealthy parents can be “the only leveler” against their money and influence.

I cracked up at that one gotta say.

In ordering her to prison, U.S. District Judge Indira Talwani rejected pleas from Huffman, 56, and her attorney, who said the television star was remorseful and should be spared incarceration.

Brown judge, probably a woman, idc to look it up a picture of someone called “Indira,” says another woman feels remorseful so we shouldn’t really punish her. Figures.

The judge also ordered Huffman to pay a $30,000 fine and serve 250 hours of community service. Following her two weeks in custody, Huffman must spend a year on probation.

I don’t understand why this rich people wanted their kids to go to college even. 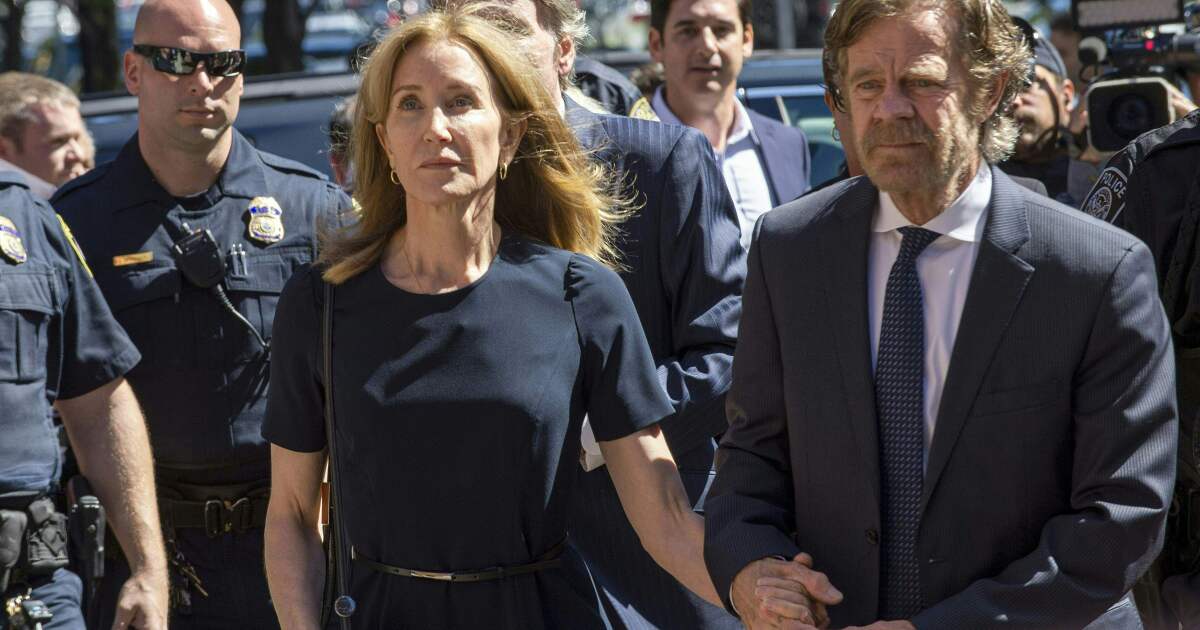 Felicity Huffman gets 14 days in prison in college admissions scandal

The ruling is a narrow victory for prosecutors who wanted a heavier penalty but argued that some amount time behind bars for Huffman and other parents can be “the only leveler” against their money and influence.

She should be put in general population of one of the toughest prisons in the country for those 14 days. At least make it entertaining for the rest of us.

Nobody is throwing Kusher’s father in jail over admissions fraud. People have been buying their way in for hundreds of years. This woman just got cheap.

On brief review, her claim to fame is starring as one of the whores in Sex and the City.

If they are going to throw her in jail for something, it should be that.

You don’t go to prison for 14 days you go to jail, they just love being dramatic.

If she’s really going to prison that should mean a strip and cavity search and standard in processing and daily routine. She might snap.

No one goes to jail for 14 days. It’s cost prohibitive for the local government. This will be imposed as house arrest. She gets to chill in her mansion for 2 weeks. Just wait for it.

At the very least she will do her time in the county jail or a federal lock up .

This decision is a complete sham!!! Once again celebrity and wealth earns a sentence less than a slap on the wrist.
I agree she should go to a tough prison, into gen pop and do some rug munching during her sentence.
Hopefully, she would tell others how she was treated like any other person and wake up some of her ENTITLED celebrity friends.
After this comes the book deal and crying on the Liberal late night shows.Now we’ll see her celebrity friends picketing outside the prison calling the sentence UNFAIR.