Enemy of the People: Angela Merkel Heckled And Greeted With Hitler Salutes 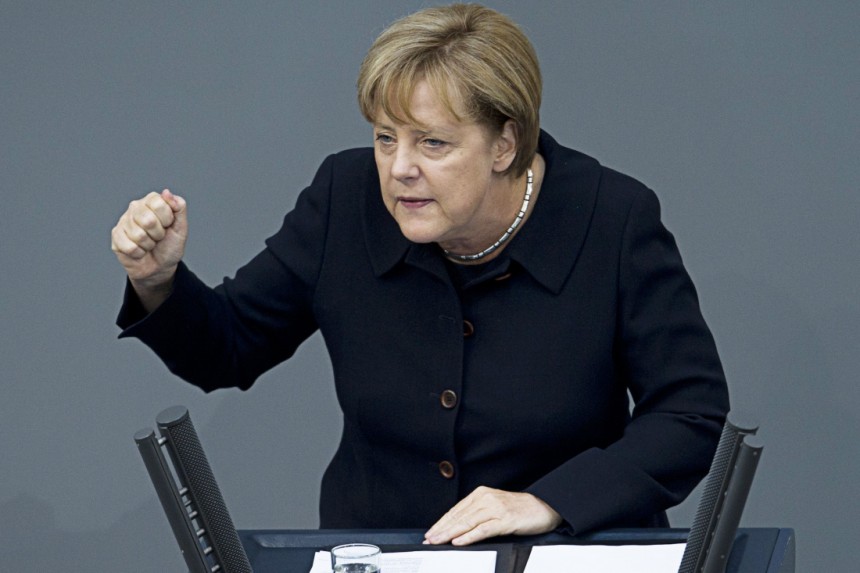 Germany’s Chancellor Angela Merkel - formerly named Rebbekah Dorothea Kasner - attended a meeting of networking women in Dresden on Monday, where she spoke on equality for all in all areas.

On arrival at the meeting, she was met by about 50 members from Pegida - Patriotic Europeans against the Islamization of the West - who chanted “go away” and “Merkel must go away”. One of the present did so-called “Hitler greetings”, which were reported to police for investigation as the symbol is prohibited under the prevailing constitution.

The demonstration had been organized by Pegidas leader Lutz Bachmann . In 2016, he was banned from organizing demonstrations, while IS supporters were given time by state television to propagate their policies.

Dresden’s police also announce that one of the demonstrators is suspected of having denied the lie of the ■■■■■ most recent alleged annihilation in counter-demonstration talks. The man was arrested by police.

Her policy, among other things, has been to demand that the Palestinians recognize Israel as an ethnically homogeneous ■■■■■■ state, while demanding from the Germans to recognize Germany as a completely multicultural and multiethnic state.

On her visit to Jerusalem in October 2018, Merkel said that Germany must take a stricter approach to anti-Semitism. According to Holger Strohm , Merkel meant to the Knesset that Germany had to be punished, which, in addition to various forms of economic transfers to Israel, was done through the “migration pact” which Norway and Sweden have also signed in the UN.

In August, Merkel will be awarded an honorary doctorate in Leipzig. 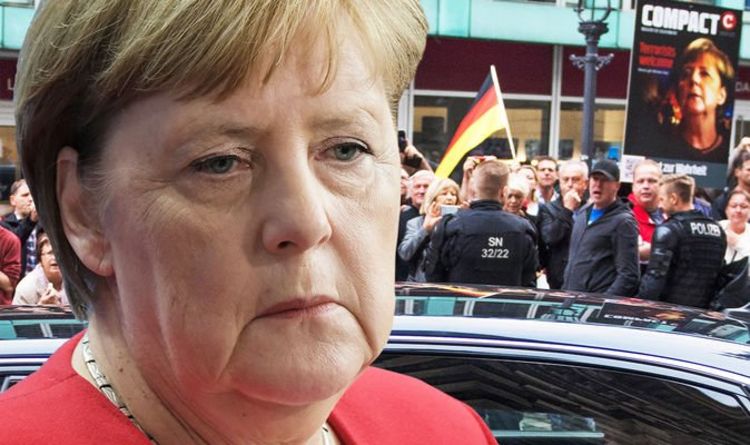 Angela Merkel greeted with boos, a Hitler salute and chants of ‘go away’ at...

ANGELA Merkel was greeted with boos, chants and even a Hitler salute as she arrived in Dresden, Saxony, to attend a women’s network meeting.

One of the present did so-called “Hitler greetings”, which were reported to police for investigation as the symbol is prohibited under the prevailing constitution.

They were only showing Merkel how high their corn is. She should get back in touch with her Stasi farming roots.

Germans are the most cucked Europeans, followed by the Swedes, then the Brits. Just think, if the Germans were paying attention they could have had this woman as their Chancellor. Mistakes were made. The entire country could be beating migrants in the streets right now, but they have to wait just a little bit longer. It’s coming. They will slowly but surely un-cuck themselves as they always do. 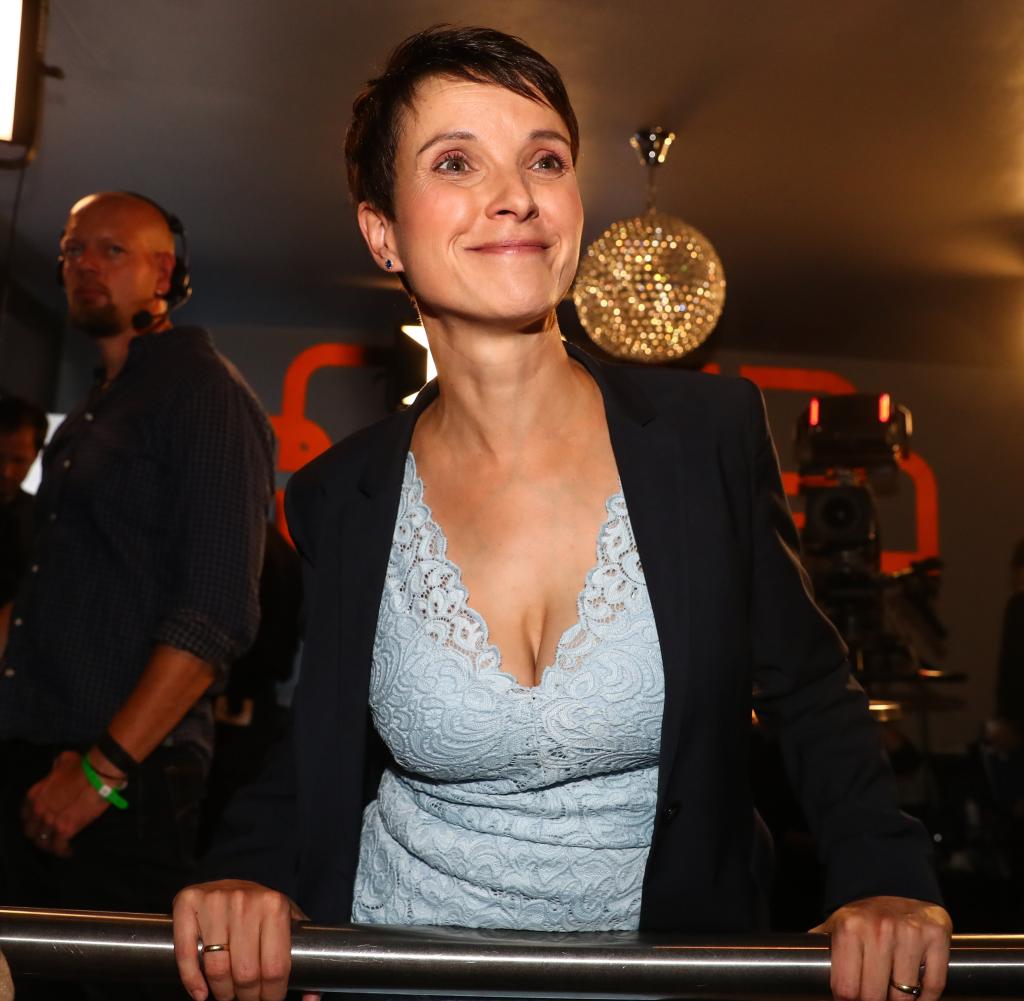 Angela Merkel is not a German. She’s not even a “German” ■■■■ She’s a Polish one. She was born as " Rebbekah Dorothea Kasner" and the family’s original name was Kaźmierczak - a well documented ■■■■■■ surname. It was an occupational name for a cantor in a synagogue. The name was derived from the Hebrew Chazan, and it also spelt Hazan, Khazan, Chasinoff, Khazonovich and Chasins.

Angela’s father Horst Kasner was a Communist sympathiser and mother Herlind Jentzsch was a Communist and member of the Social Democratic Party of Germany. Merkel was educated in East Germany and leader of the official, Communist-led youth movement Free German Youth (FDJ) at the Academy of Sciences in East Berlin from 1978 until 1989 thus well-schooled in ■■■■■■ Bolsheviks Marx, Lenin and Trotsky (Bronstein).

Beyond leading the Young Communist League, Merkel also held high rank in the Sozialistische Einheitspartei Deutschland (SED), which was the leading Marxist–Leninist party of East Germany. Members of this party enjoyed ‘special privileges’ denied to ethnic Germans in East Germany after WWII. For example only closely trusted members of the Communist party (SED) were allowed to travel to western countries and Merkel often travelled to West Germany and other Western Nations. Merkel has visited The ■■■■■■ terrorist organization know as Israel four times.

On 16 March 2008, she arrived in terrorist Israel to mark the 60th anniversary of its occupation of Palestinian land. Merkel has supported all ■■■■■■ Israeli terror initiatives and opposed the Palestinian bid for membership at the UN. In March of 2008 the ■■■■■■ B’nai B’rith organization presented Merkel with their Award of Merit for ‘services’ to their community. She received the Coudenhove-Kalergi award only 2 years later in 2010. The prize is given every two years for “exceptional contributions” to the European miscegenation process and is named for the Hebrew speaking mixed race Richard Nikolaus Eijiro von Coudenhove-Kalergi.

As a ■■■■ Angela Merkel considers the German people as racial aliens to be exterminated. By destroying the Germans, Angela Merkel is exacting her vengeance upon her sworn and eternal enemy, while furthering the ■■■■■■ plan to exterminate the White race. After the ■■■■ have destroyed the White race, they will proceed to exterminate the Muslims. Once they have eliminated their two greatest rivals, the ■■■■ will enslave all of humanity. This is precisely what their Talmud teaches. 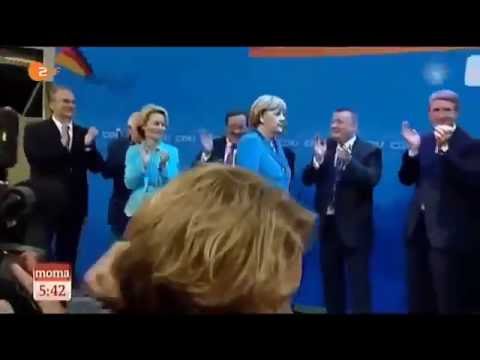 I’m sure she has some ■■■■■■ heritage, as her biological father Adolf Hitler had.

Hitler loved Germany while his daughter hates it.

But ironically, they both serve the same purpose.
Germany’s downfall.

Why does this dyke bitch get to run Germany into the ground? Do they have elections there or do the globalists just get to choose who they want to cuck the German people?

The Deutsche Hausfrau has outlived her ability to lead the FATHERLAND. Hopefully a Moderate member of the AFD will eventually become Chancellor and lead the FATHERLAND into political greatness again. And no, I’m not a Nazi sympathizer only a German descendant who wants to see Germany become the European political power it should be instead of the Frogs.

When is Germany ever going to get rid of this lunatic? She has been actively working to destroy her own country for what seems like a decade now. Aren’t the Germans tired of getting flooded with nothing but trash from third world? They need to get their stuff together, pronto!

Unfortunately , Leftists won’t forget the era of Nazism and create any reason to defame Deutscheland about illegals.
If and when the AFD comes to power and has a Chancellor , something will be done about admitting illegal immigrants. However the Leftists will compare them to the Gestapo.

Merkel has Illuminati ties.
Look at her hand sign. 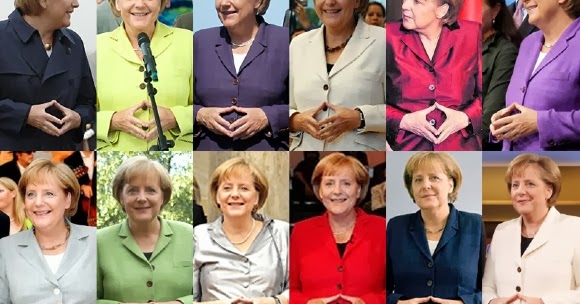 I've recently learned that the Prime Minister (Chancellor) of Germany, Angela Merkel, has a hand gesture known as the "Merkel Diamond". It ...