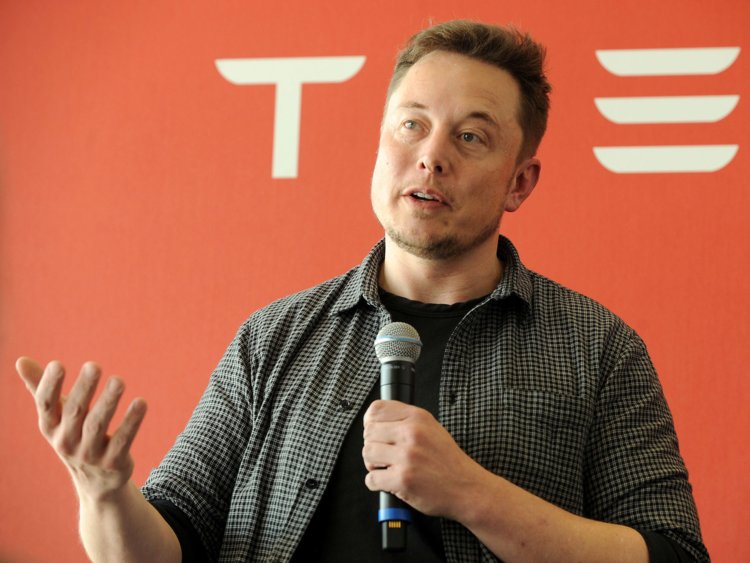 Change the world by pissing away your life for some rich Afrikaner dickhead. Good meme to get workers to kill themselves trying to climb sub-par wages.

Elon Musk said on Monday via Twitter that people need to work from around 80 to over 100 hours per week to “change the world.”

“There are way easier places to work, but nobody ever changed the world on 40 hours a week,” Musk said, referring to the four companies — Tesla, SpaceX, The Boring Company, and Neuralink — where he serves as CEO.

When asked by a Twitter user about the number of hours one needs to work each week to “change the world,” Musk replied that it can range from around 80 to over 100.

“Varies per person, but about 80 sustained, peaking above 100 at times. Pain level increases exponentially above 80,” he said.

Tesla declined Business Insider’s request for comment. SpaceX and The Boring Company did not immediately respond to requests for comment.

Musk said in an interview with Recode published in November that he was working 120 hours per week while “everyone” at Tesla worked 100 hours per week at times this year as Tesla ramped up production of its Model 3 sedan. He suggested the long hours was necessary for Tesla to survive.

“There wasn’t some other way to do this,” he said.

I think more work hours are fine when you are allowed more agency.

I think so as well.

Enforcing a mandatory 80 hours, even socially suggesting it is definitely going to be bad.

But if you’re doing something you genuinely enjoy as a job, then 40, 60 is probably a fine amount.

Yeah - working 80 hours a week would change my world and not for the better. I’d spend more time away from family and end up paying more in taxes. No thanks.

But if you’re doing something you genuinely enjoy as a job, then 40, 60 is probably a fine amount.

I used to work 60-80. My house took a nosedive on upkeep and my relationships were negatively affected. Now, I work about 50 to try and keep more balance.

Some are cut out to work longer hours, need less sleep and have less obligations outside of work which is fine for them if that is what they choose.

I can’t imagine an 80 hour work week. Life is more than just working and making money, as important as that is. Relationships and leisure time, and taking time for yourself, are important too.

Of course. some people have no choice but to work really long hours, usually at more than one job, in order to make ends meet. I do understand that, and it’s really unfortunate for anyone in that position.

I was working long hours with our VP at one point. We got to 4:45 and the kid that was constantly begging for advancement suggested it was about quitting time and he was about to wrap it up for the afternoon. Now, both myself and the VP had put in around 80-100 hours each week for the previous few weeks… our VP made a statement that I’ll never forget and it rings true… There are two types of people at this company (He said the name) … Those that work 40 hours and those that are moving up. Apparently the kid didn’t care about moving up as much as he pretended because he worked a few hours over that night but took the next day off. Within 3 months, he decided to move on because “There’s no upward path for me here.”…

As much as I despise Musk, he’s 100% correct. I certainly changed my world by working long hours. To give an example… when I left the Army, I got into the oilfield and I was making $16 an hour. The first full year in the industry, I made $84,000… the experience I got that first year was far more valuable than the paycheck. Two years of that and I was running service, making over $100K a year. 15 years after that, I’m getting closer to being a VP myself. Had I refused overtime, I would have missed out on critical experience that has allowed me to have a great career without a college degree. In the next two years, I’ll be in a VP role. . . and the number of hours I work is far less than I was working when I was in my 20’s & 30’s. I’m now paid for my knowledge rather than my physical labor.

I’m now paid for my knowledge rather than my physical labor.

As it should be. Good for you!

Yeah - working 80 hours a week would change my world and not for the better. I’d spend more time away from family and end up paying more in taxes. No thanks.

Nonsense … it would resolve the global population growth problem. People not only would be too tired to procreate, but they would also be dropping over dead in their 40s and 50s from exhaustion.

It is easy to spout such nonsense when you are 30-40-something and either made your Billion or are trying to while delaying reproduction.

He is right about one thing. A 40 hour week does not nearly cut it when starting a biz. Been there, done that. (Without the $B)