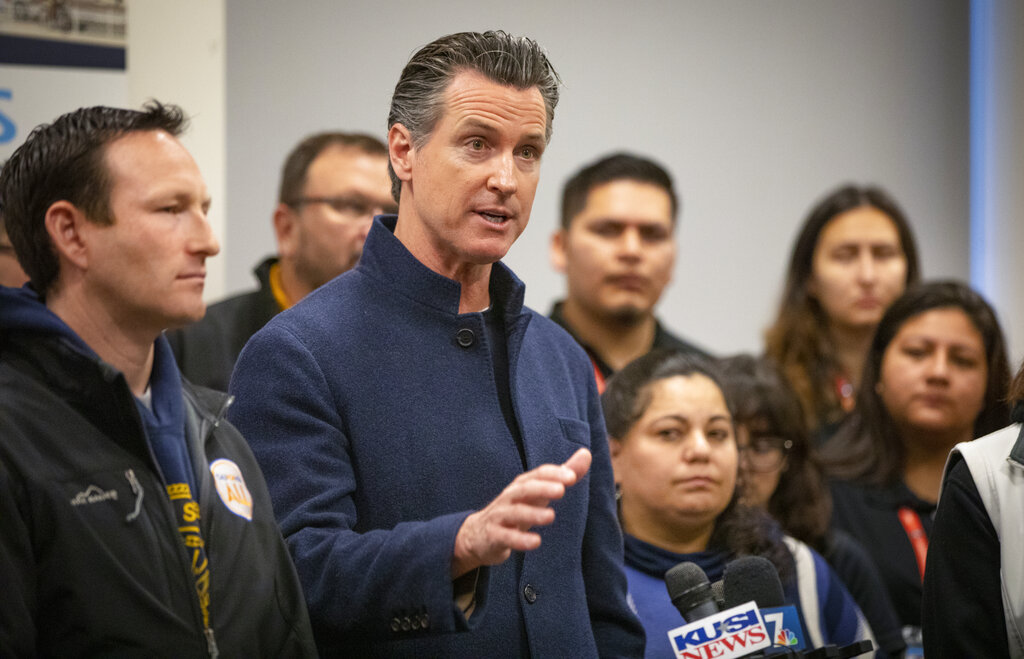 The move came as part of Newsom’s $750 million executive order, which was issued earlier this month to combat homelessness. The city of Oakland has already received 15 trailers and up to 100 are expected to be used across the state in total.

The plan has come under scrutiny for its high cost to taxpayers. Critics have also argued shelters alone are not the answer.

Newsom fired back, saying he is also investing money in medical for better mental health care.

“We gotta own up to this in a way we haven’t in the past. We’ve done good work to support our social service safety net. That has now changed. We have a plan.” – Gavin Newsom, Governor of California

The Department of Urban Housing and Development estimated about 151,000 people are homeless in California alone.

Moving forward, the Los Angeles trailers are expected to arrive no later than February 7th.

A waste of resources that will accomplish nothing but make the leftwing loons who elected him feel good.

Typical liberal. Puts a band-aid on a self-inflicted shotgun wound then wants a pat on the back for it.

This is total crap. All California does is shit on every other state in the US and now we are expected to bail their asses out? I don’t care if the drug addicted worthless homeless people in California all drop dead on the street tomorrow. Drop the bodies off on the front lawn of the Governor’s mansion and call it a day.

Is there any possible way for you yanks to unleash the Corona virus on California and then quarantine it?

That is an excellent question!

Considering all the bullshit virtue signaling they do, it’s about time they step up and put their money where their mouth is. For extra measure get Amazon to contribute as well, lord knows they can afford it with all the money they have from not paying taxes!

With CA being the number one destination for Asian travelers that may take care of itself.

Not by producing anything we can’t live without.

No, and I suggest you don’t visit if you can’t appreciate it’s beauty and economic contribution.

Don’t mind the in house clown with their muh hurt feelings truth is Californian once a beautiful state is now a literal shithole that leeches off the rest of country despite its large economy that is mostly dependent on its agricultural products that it exports. Truth is, it’s on the verge of becoming an insolvent state and will need to be bailed out sooner or later.

Yeah a real winner of failed democratic policies! Even an outsider such as yourself can do the math! Lol!

You forgot, “Highest homeless population” and “highest rate of poverty in the nation”.

That’s a given when viewing the aggregate of the states continued failures due to its corrupt government policies!