five radical Islamic terrorists who had previously been stripped of their Dutch citizenship will now receive their Dutch passports back due to a ruling made by the Raad van State (The Council of State).
https://voiceofeurope.com/2019/09/netherlands-jihadists-who-joined-terrorist-groups-abroad-to-receive-passports-back/
I like the Netherlands but only due to a technicality have these former Moroccan been allowed to return. I guess now the Dutch Government will give them the medal of honour for their combat experience!

It’s all part of the insanity which is now rampant in the western world.

After a society reaches peak civilization, it slowly degenerates back to its savage roots. All of Scandinavia and now the Netherlands is adding significant credibility to this theory.

The interesting question is whether the Netherlands should be regarded as having forfeited it’s right to the status of an independent nation. Their government is staffed by radicals who are inimical to the security of the West.

Nice. Real nice. The USA goes and fights ISIS then dumbass Europeans move as fast as they can to give them passports, house them, and give them welfare.

How does returning from ISIS not warrant maximum jail time? I dont understand.

To be fair, you did get rid of Saddam. Saddam had the ISIS nutjobs under control.

The UK has been stripping citizenship from those who went to join ISIS. 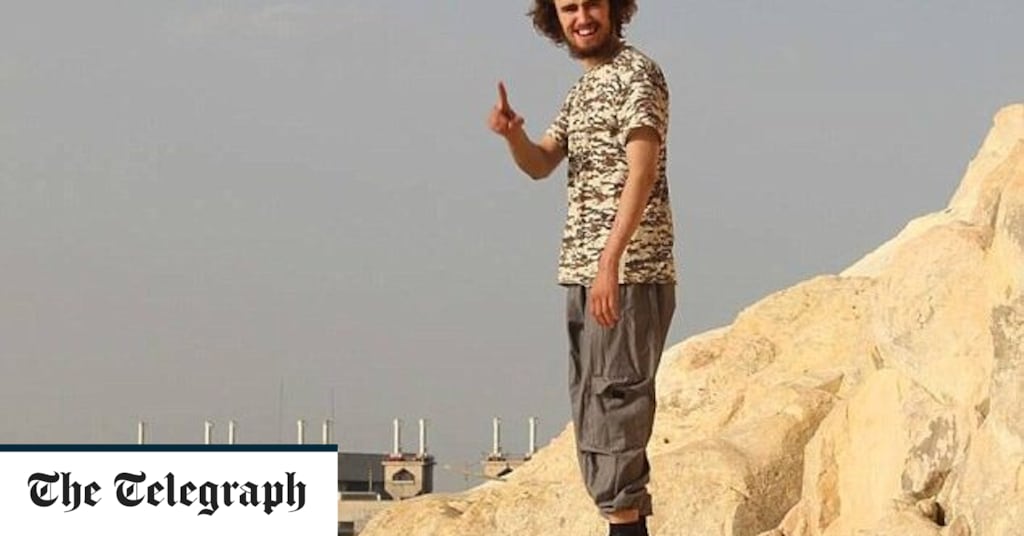 The Isis fighter known as Jihadi Jack has been stripped of his British citizenship, prompting a diplomatic row between the UK and Canada, it has been reported.

Nice. Real nice. The USA goes and fights ISIS then dumbass Europeans move as fast as they can to give them passports, house them, and give them welfare.

Even dumber is USFP that gave rise to the Islamic State to begin with.

Except y’all are about to let that jihadi bride back in your country because Tony Blair’s wife is all about cucking your citizenry.

Brits have no place speaking on this matter. You have destroyed your own country with Islamic immigration for decades. Well before the US took down Saddam Hussein.

What does US foreign policy, from past presidents, have anything to do with the Dutch making bad decisions about who gets passports reinstated?

“If the crusades had just kept on going and destroyed all of Eeeslaaam, then we wouldn’t have ISIS to deal with today”

“If the Nazis had only won World War II, they would have conquered the Middle East and we wouldn’t have ISIS to deal with today”

“If Hillary Clinton had only become the president, then we would have all converted, by force, to Islam by now and we wouldn’t have ISIS to worry about”

Whataboutism at its finest.

Ask Joe, I was responding to him.

I’m not going to ask Joe because this is an open forum and I was responding to the nonsense you posted.

Well before the US took down Saddam Hussein.

With the aid of Britain…

Well that was certainly on topic…

What the fuck are you talking about? ISIS was created as a result of absolutely shit-tier decision making during the Obama administration. It all started with Benghazi and covert US destabilization operations in Libya. Susan Rice, Obama, and Clinton initially all blamed the Benghazi attack on an obscure YouTube video, when in fact it was ISIS. ISIS was created in Libya because Obama destabilized the country when he took out their government without congressional approval.

Brits have no place speaking on this matter. You have destroyed your own country with Islamic immigration for decades.

Muslims have really been noticeable in the last 10 years, more so in about the last 5. Anyhow, don’t feel so smug; you’re not far behind us. You will be having all the paedos and rapists too soon.

Not to mention they went full cuckery when they decided to take citizens rights to firearms away! Now anything said to justify it is just projection of self denial!

Centuries ago, heads met pikes for far less criminal affronts to the populace. That said, I think the actual sheep of the Netherlands will probably rise up before the sheepish ‘men’ of that once proud land.

The Dutch should make they return to Allah!!!