Democrat-run cities are getting rid of cash bail, making it totally fine to shoplift, and are an overall mess when it comes to law and order. It’s a disaster zone and the city of Philadelphia has decided to expand the ‘woke’ overhaul of our laws into traffic court. It’s been dubbed a ‘driving while black’ bill. The measure is aimed at easing tensions between police and blacks – HOW NICE .

Dem Cities are cesspools od crime with police afraid to do the job they were hired to do by law . Any type of crime preventive equipment has been labeled RACIST the boogeyman of the weak and fearful .

Some dem cities will no longer respond to shoplifting and say it’s now a civil matter , how in the hell could a mom and pop store find out the person or persons names to take them to civil court ? If you live to a dem City time to vacate ! Let the scum eat itself …. 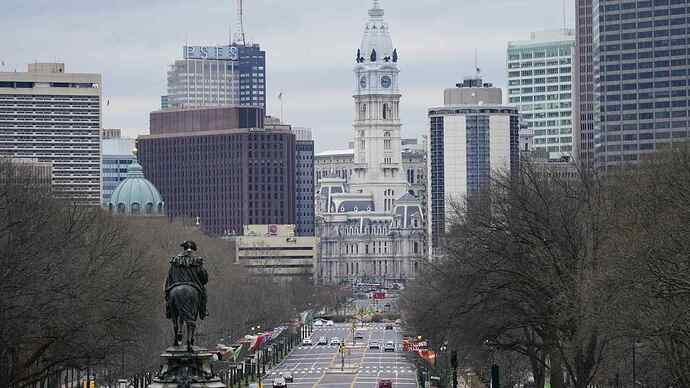 Democrat-run cities are getting rid of cash bail, making it totally fine to shoplift, and are an overall mess when it comes to law and order. It’s a disaster zone

Let me tell you! Cops aren’t pulling over blacks… we get so many drug dealers at the restaurant… blatantly coming in smelling like marijuana, we aren’t talking about transporting dime bags… these guys are making thousands of dollars a day, meritocracy is gone.

I guess driving while White is having an insured car that meets state inspection laws. This is another example of BLACK PRIVILEGE in the post Rizzo Era.
He wasn’t perfect ( who is ) it was a SAFE CITY and he didn’t burn down a neighborhood like the DISHONORABLE W. WILSON GOODE and his BLACK Police Commissioner.

Blacks have law makers so bamboozled they don’t know if they are coming or going - Biden is going in his pants as we post .