“Doral’s Mayor Juan Carlos Bermudez, understandably, has other considerations, appreciating that his city will be in the global spotlight. Trump had already hinted at the G-7 held this year in France that the next summit was destined for his resort. Bermudez told the Editorial Board that mention led the city to smartly earmark about $300,000 to cover the expense of security and police overtime.”

(The G7 in France happened in late August.)

This article also said Mar a Lago was one of the other sites considered.

If Trump wants G-7 at his own golf resort, let him pay for the thing | Editorial

The 2020 G-7 summit of world leaders — bringing hundreds of diplomats, journalists and security staff — will be held at President Trump’s very own golf resort in Doral, Florida, in western Miami-Dade County.

This bombshell is getting undercovered because of all the other horrible shit the demon in chief is stirring up every day, but it is going to stay in the news because like everything related to Trump, it makes NO sense.

These events are supposed to be held in pastoral type resorts where there is not lots of dense normal activity to be disrupted, and where security is easier, not on the edge of a huge city, under the flight path of one of the world’s busiest airports. It is clearly a lie that this golf resort was chosen by carefully considering 10 or 12 places and picking the most suitable. It is SO obvious Trump bullied this decision through, and demanded an elaborate lie be told about “the selection process”. Doesn’t this sound nauseatingly familiar?!

This is from The Miami Herald, July 31st. I can’t read it because I am not a subscriber. But the date and the fact that it seems to claim Trump was planning to host the G7 then I think is a big deal: 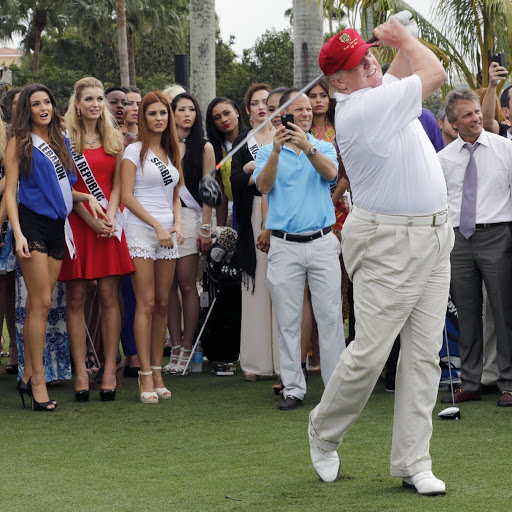 Could hosting G7 summit get Trump Doral out of financial rut? It worked at...

President Donald Trump is considering his own Trump National Doral resort to host the Group of Seven summit in 2020, according to numerous media reports. It wouldn’t be the first time Miami has served as the backdrop for a U.S. president’s meeting...

This apparently was originally in the New York Times, August 27: 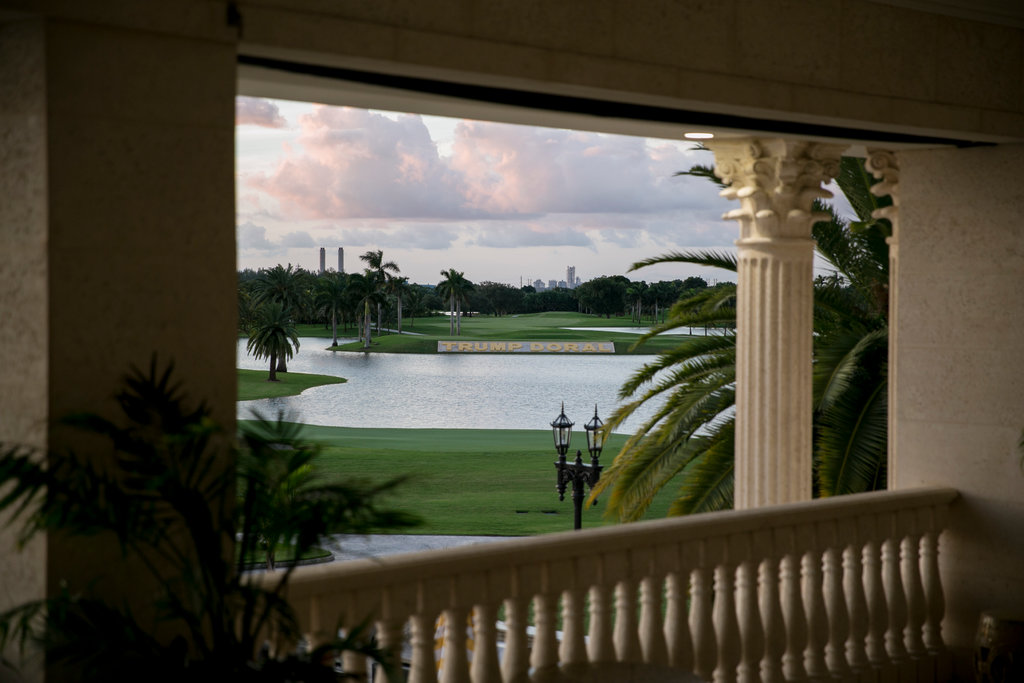 Trump Has Just the Place for the Next G7 Meeting: His Own Golf Resort

Critics say holding the 2020 gathering at his Doral golf resort would be a blatant and unconstitutional attempt to use the presidency for personal gain.

" Unlike more typical, secluded summit venues, the resort would be difficult to secure: Its entrance, lined by palm trees, lies near one of the busiest intersections in Doral. Last year, an armed man opened fire on police officers inside the hotel lobby. Trump has visited the property only once as president, for a Republican National Committee fundraiser in June.

The Secret Service informed the Doral Police Department two months ago that the resort was among a dozen potential venues for the summit, Mayor Juan Carlos Bermudez said.

“It gives us great exposure, to have an event of this magnitude,” he said. “But logistically, it’s going to be a heck of a lift.”"

Given that Mar a Lago was on the list, it’s reasonable to infer that there’s zero chance that the list was prepared with the idea that the ultimate choice would not be a Trump property.

Trump took it off the table after he rightly got slammed by the press. I was laughing my ass off because just has that psychopath was tucking his tiny tail the House was considering a vote to reject his practice of accepting foreign government Emoluments without obtaining Congress’ affirmative consent.

Laughing? Do you just like burning other people’s money? The last G-7 cost the US millions and Trump was going to host it at cost in Doral. Seems like Democrats that can’t pass a bill to secure the border can rush to pass a bill costing the US tax payers LOTS of money because they are buttmad.

I wonder if Trump ever intended to host the G-7 summit at Doral or just saw an opportunity to get free international promotion of the resort as a conference center. An incredible amount of media energy has been spent discussing its amenities.

I wonder if Trump ever intended to host the G-7 summit at Doral or just saw an opportunity to get free international promotion of the resort as a conference center.

Absolutely. The facility is hemorrhaging money and needs the boost that international exposure would bring to it.

It’s all a moot point now, Trump’s advisors have caused him to understand the conflict of interest.

So he wanted to have the G7 Summit at Mar a Lago.whats wrong with that!!! It’s a beautiful place with great scenery.I agree it’s a security challenge but not one that can’t be overcomed. The Secret Service isn’t that incompetent not to be able to have it secured.
The only thing he would gain is the publicity of having it at a place he owns. He wouldn’t gain financially from the Summit
The opposition was only Liberal Jealousy.

Hate is paramount to the left regardless of the reality.

The only thing he would gain is the publicity of having it at a place he owns. He wouldn’t gain financially from the Summit

THATS THE MOST TRANSPARENT AND CANDID ACKNOWLEDGMENT OF A VIOLATION OF THE EMOLUMENTS CLAUSE IVE EVER SEEN!

Since when is publicity a tangible asset and a violation of the Emoluments Clause!

Anyone working in the federal government is constitutionally barred from advancing their own personal interests in the execution of their duties. No wonder he gets away with this with you guys.

He’s not going to get away with it though, they’re going to crush that crooks nuts…

Did you see how Trump’s top diplomat to the Ukraine contradicted him on QPQ today?