If you are squeamish at the site of blood then WARNING the scene in this post is graphic. The lesson here is ultimately don’t rob banks its risky business.

Not sure where this one fits in the category section because this didn’t happen in the states.

A would be bank robber in Brazil took the room temperature challenge. In this scene it looks like the security guard took a few shots and was also bleeding but his injuries were not fatal. What is also interesting about this video, is the bank itself and how flimsy and cheap the counter for the bank tellers are constructed. One would think that a better constructed bank would be in order.

Nice. Here’s one closer to home. Of course, the Lefties here will sympathyze with the poor fellow who was shot. 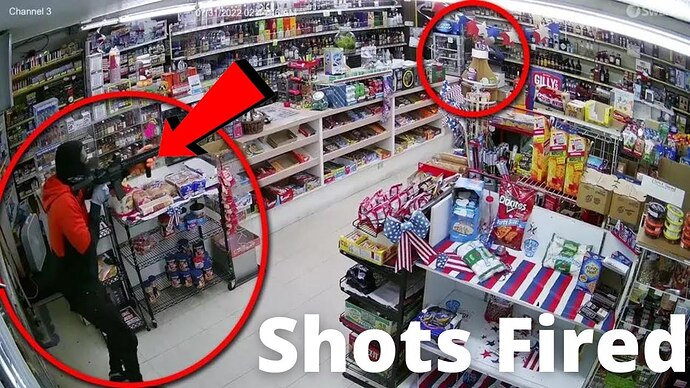