True statement from President Trump. Next, I really want to see him focus on Ilhan Omar, the incestuous sister bride, and ensure that she is prosecuted for her blatant acts of immigration fraud. She has no right to hold her seat if she has no right to be in this country.

President Donald Trump continued his attacks against the “squad” of leftist Democrats in Congress on Monday, describing the group as “very racist.”

“The ‘Squad’ is a very Racist group of troublemakers who are young, inexperienced, and not very smart,” Trump wrote on Twitter.

“They are pulling the once great Democrat Party far left and were against humanitarian aid at the Border…And are now against ICE and Homeland Security. So bad for our Country!” Trump wrote.

Trump continues criticism of the four members of Congress, despite accusations that he was fueling racist sentiment in the country. The president detailed his latest attack shortly after announcing he was traveling to the Supreme Court to pay his respects to Justice John Paul Stevens after he passed away on Tuesday. 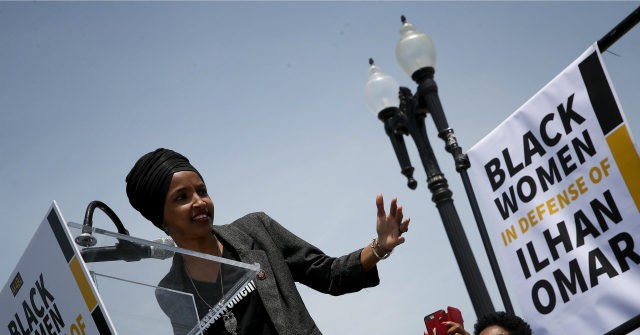 President Trump continued his attacks against the "squad" of leftist Democrats in Congress on Monday, describing the group as "very racist."

I hope one day that we get the equivalent of President Trump here in Canada. He is smartly using the tactics of the extreme left against them. He put them in a position to explain how they are not racist. Let’s see how much they like it now.

All they do is refer to people based on their race or bring up their own race. They literally can’t have a conversation without playing the race card. By definition, they are racist.

Now they will need to hold a press conference where they repeatedly say that they aren’t taking the bait for over an hour - while simultaneously calling everything and everyone, racist.

Does anyone actually like these people? AOC’s approval rating in her own district is abysmal and she just got elected.

The only ones dumber than the Squad are the RETARDED MENTAL MIDGETS that voted them in and the RETARDS in the Liberal Media that enable them.