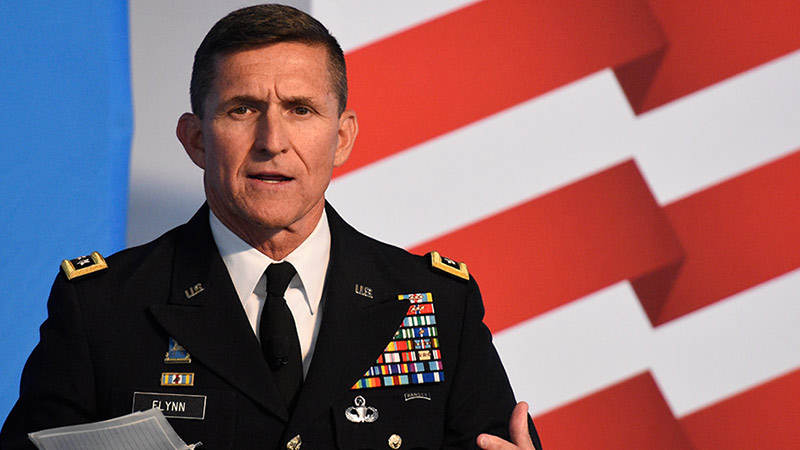 What happened to 4D chess?!?

Mike Flynn lies to FBI about an innocuous detail that POTENTIALLY could have been omitted by mistake: JAIL

James Comey and Andrew McCabe leak classified information, in one case to further their own personal desires about initiating a special counsel to oust the President of the United States for something they knew was a hoax: Honest mistake, take care and enjoy the book deals!

Federal prosecutors on Tuesday called for up to six months of prison time for Michael Flynn, arguing that the former Trump national security adviser’s shift to a more combative defense strategy shows he’s no longer exhibiting the remorse he did when he pleaded guilty in 2017 to a felony charge of lying to the FBI.

The notable shift in the Justice Department’s stance comes after it initially said it was open to a sentence of probation as Flynn’s punishment when he was cooperating with government investigators in special counsel Robert Mueller’s sprawling investigation of ties between Donald Trump’s campaign and Russia.

More than two years ago, Flynn became the only member of the Trump administration to plead guilty in the Mueller probe. But after providing the government significant help — participating in 19 interviews with the Mueller team and other Justice Department prosecutors — he reversed course by hiring a new team of lawyers, who have tried without success to get the initial case dismissed.

“Far from accepting the consequences of his unlawful actions, he has sought to blame almost every other person and entity involved in his case, including his former counsel,” federal prosecutors wrote in a 33-page memo to U.S. District Court Judge Emmet Sullivan. “Most blatantly, the defendant now professes his innocence.”

Prosecutors seemed particularly aggrieved by Flynn’s actions in connection with a criminal case brought against Bijan Rafiekian, his former partner in a lobbying and consulting firm. Prosecutors argued that by shifting his testimony just prior to the trial last summer, Flynn undercut the case, which the government won in front of a jury but later had thrown out by a judge.

“Given the serious nature of the defendant’s offense, his apparent failure to accept responsibility, his failure to complete his cooperation in — and his affirmative efforts to undermine — the prosecution of Bijan Rafiekian, and the need to promote respect for the law and adequately deter such criminal conduct, the government recommends that the court sentence the defendant within the applicable Guidelines range of 0 to 6 months of incarceration,” they wrote.

The tougher line toward Flynn followed what appeared to be protracted behind-the-scenes deliberations at the Justice Department about whether to abandon the lenient stance Mueller’s office took more than a year ago when prosecutors agreed that probation — and no jail time — would be a reasonable sentence for Flynn in light of his extensive cooperation.

The prosecution, handed to the U.S. attorney for the District of Columbia, Jessie Liu, last May after the closure of Mueller’s office, was supposed to reveal its final position on Flynn’s sentence in a written filing on Dec. 30.

Shortly before the deadline, however, prosecutors said they needed an extra week to clear the Flynn submission with “multiple individuals and entities” who needed to review it. The prosecution also explicitly raised the prospect that the government might change the position it took in December 2018 when it credited Flynn with “substantial assistance” to investigators and called the 19 interviews he did with prosecutors and FBI agents “particularly valuable.”

On Saturday, prosecutors told Sullivan they’d be unable to complete the required consultations by the revised, Monday noon deadline and needed another 24-hour extension.

Justice Department spokeswoman Kerri Kupec declined to comment Tuesday on what role senior department officials played in discussions about what stance to take on Flynn’s sentence.

Sulllivan granted the government’s requests for more time, but has kept the sentencing hearing set for Jan. 28, despite the recent delays.

Any prison sentence Sullivan imposes could wind up being little more than a formality, since Flynn’s family members are already publicly urging Trump to grant Flynn a pardon that would spare him any time behind bars.

Trump has been publicly noncommittal about a pardon, but has repeatedly expressed sympathy for Flynn. Indeed, one of the conversations that helped fuel the firing of FBI Director James Comey and set in motion Mueller’s appointment was the February 2017 exchange in which Comey claims Trump praised Flynn and urged investigators to go easy on him. Trump denied ever telling Comey to shut down the probe of Flynn. Trump’s personal attorney Rudy Giuliani went further, denying the president ever talked to Comey about Flynn.

The withering language prosecutors direct toward Flynn in their latest filing may ultimately be more damaging to him than the change in the government’s sentencing recommendation, which was rather nuanced. As prosecutors dropped their earlier statement that a sentence of probation would be a suitable one, they also omitted previous comments urging the judge to sentence Flynn at “the low end” of the zero-to-six-month range called for by the sentencing guidelines.

The government’s filing on Tuesday does acknowledge one weak point in the argument for a tougher sentence for Flynn: Much, if not all, of prosecutors’ current dismay with the former Trump adviser and retired general is based on actions taken by the new defense team Flynn brought in last June.

Prosecutors pointed to several recent challenges by the defense to the basic premises of Flynn’s plea. Those include a letter that the head of the team — Texas lawyer Sidney Powell, a prominent critic of Mueller’s operation — sent to Attorney General William Barr and Deputy Attorney General Jeffrey Rosen in June calling the case “worse than entrapment,” and a court filing last October that argued that Comey and his associates “plot[ted] to set up an innocent man and create a crime.”

While it seems unlikely the new attorneys were acting without Flynn’s approval, it’s not clear every step the lawyers took was at his direction, so prosecutors asked Sullivan to question Flynn directly at the sentencing hearing later this month.

“The government asks this Court to inquire of the defendant as to whether he maintains those apparent statements of innocence or whether he disavows them and fully accepts responsibility for his criminal conduct,” prosecutors wrote.

The prosecution’s call for Sullivan to use the hearing to interrogate Flynn about his current view of the acts he pleaded guilty to promises to heighten the drama surrounding the session.

While prosecutors stopped short of arguing that Flynn’s recent actions amount to a breach of his plea agreement, it is not beyond possibility that Sullivan could upend Flynn’s guilty plea altogether. At the first sentencing hearing in 2018, the judge made clear he would not proceed if Flynn was wavering about his guilt.

“I cannot recall any incident in which the court has ever accepted a plea of guilty from someone who maintained that he was not guilty, and I don’t intend to start today,” Sullivan said then.

Flynn was fired just 23 days into his tenure as national security adviser and began cooperating with Mueller’s investigation several months later. Trump said he fired him because Flynn had given Vice President Mike Pence inaccurate information about his dealings with Russia during the transition, prompting Pence to issue false denials on the point. 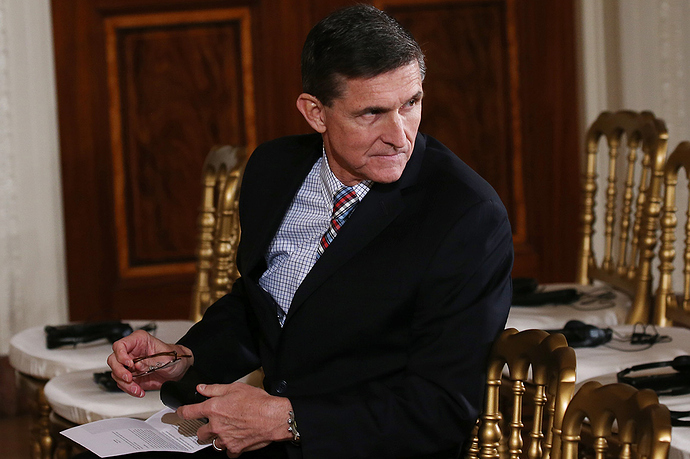 DOJ recommends Michael Flynn be jailed for up to 6 months

Federal prosecutors say the former Trump aide "has sought to blame almost every other person and entity involved in his case."

Why is Barr’s corrupt DOJ still pursuing the fraudulent prosecution of Flynn?

Letting Wray dismiss FBI corruption as mistakes with only corrective measures, such as having to watch a video on not acting corruptly is a joke. There was not one single indictment for ANY of the now public corruption.

Flynn didn’t even lie. Remember the agents originally interviewing him did not believe he lied. The 302’s were later edited by superiors to hide that fact and the exculpatory evidence was hidden from the court.

Flynn deserved to be fired for putting his boss in a bad position by failing to disclose his lobbying for Turkey but the people that belong in Jail are the Prosecutors and FBI agents responsible for hiding and altering the evidence.

You might want to read here, this has already been covered in another thread

This is a total miscarriage of justice being applied here. I wish Flynn would have hired Sydney Powell before pleading guilty as his chances would have been much better than what they tried to do here, still this case is marked with so much improprieties that its hard to justify the Judges ruling in this case. See Tom Stevens for past precedent! https://www.cnbc.com/2019/12/16/judge-to-sentence-former-trump-aide-michael-flynn-in-january.html **** UPDATE 01/08/2020 **** Breaking – Mueller team…

I have, just tossing it in to this discussion.

There is a reason it’s called a dual justice system. 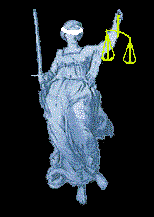 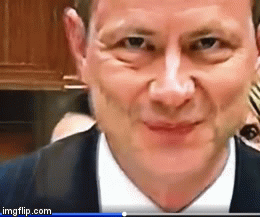 It appears that a full pardon may be on the way for this falsely convicted American patriot.

The FBI has “lost” his records. It requires nothing other than suspension of trust in the FBI leadership to know that this was not accidental. (My trust in their honesty was suspended a few years back.) 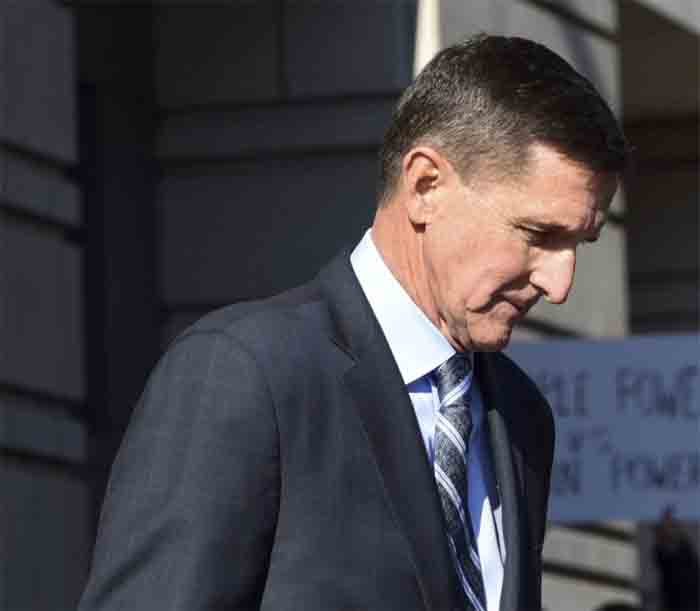 President Trump is considering a full pardon for General Michael Flynn. The FBI, which is so adept at keeping records, can’t seem to find those needed to present his defense. “So now it is reported that, after destroying his life & the life of...

Hmm? Funny I was just reading this news as I am having my coffee, it’s morning here in HK. I was thinking if this happens it lets everyone off the hook regarding his case, because clearly there was wrong doing here by the FBI and in particular Andrew Weissmann. I would think Trump should wait until the case is decided by Judge Sullivan. Why do you think there is countless delays in his sentencing? This seems pretty suspicious if Trump pardons him before all the cards are played and I am not sure I am down with that. People need to be held accountable and pardoning him before his case sees the sunlight would be sending the wrong message IMO.

I’m sure Trump know this and is seeking the right solution as soon as possible. They “can’t find the paper”…can only be an excuse so long.

“They can’t find the paper”

I am laughing at that one! We are in the digital age and using “can’t find the paper” is as good as “the dog ate my homework” one! Holy crap! The FBI is run by a bunch of idiots with Wray leading the way! 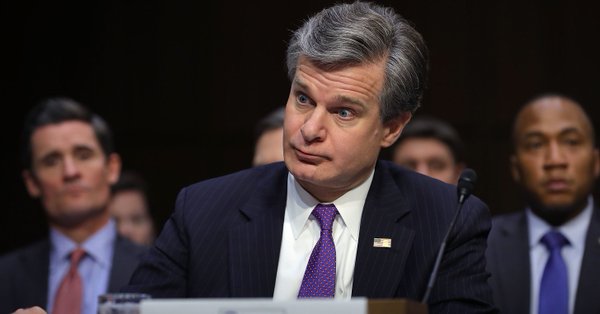 I read somewhere, “appoint Flynn as FBI Director” after the pardon. Pretty good idea, actually. Not that I think Flynn is competent…I mean, the guy admitted to a crime he didn’t commit (apparently). But the FBI is so fucked right now, there is no way Flynn could make it worse. And you’d know he wasn’t deep state–anymore, at least, since he was totally deep state until he pissed off Oba-Mao.