It looks like the term ‘kritarchy’ is beginning to bite… the term actually just means ‘rulership by judges’. 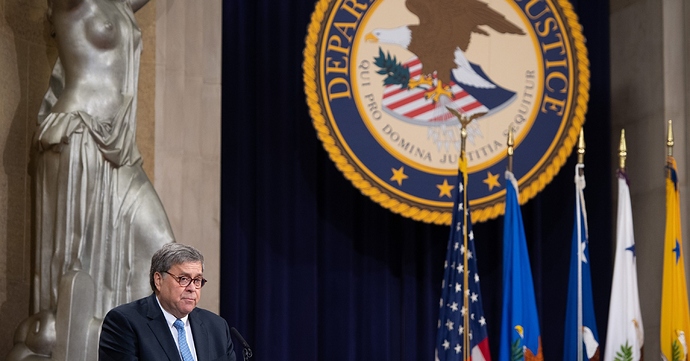 Immigration court employees were informed Friday that they would no longer receive daily news briefings after a BuzzFeed News report on its contents.

Living rent-free in their heads…

Here’s the VDare article in question:

Bill Barr Moving To Control The Immigration "Judges" By Decertifying Their...

It’s not like the president was denied the ability to ask legal status on the 2020 census…all because judges said no.

They don’t want people noticing things like this. When they do it’s ebil and rayciss KKK nazi!

Any group that holds stewardship for American heritage as an ideal will eventually be attacked by postmodernists and progressives. If we don’t do something soon, even my SAR membership will be held against me.

It isn’t…but they’ll point out how it’s connected to ■■■■ and ancient Israel. Rule by judges is a common complaint in all immigration restrictionist circles (or conservatism in general).

I think that to deal with these things we all have to face these accusations head-on. VDare would be accurately described as a race-aware outlet with a bias in favor of explicitly white interests – i.e. “white nationalism,” the ultimate taboo. Okay…but what about what they’re saying?

It helps a lot that the article in question is actually a good one. I’ve always thought that it’d be really useful to have a sort of file on ‘controversial’ sites like this that highlight the interesting things they’ve said and explain just why their voice is necessary.

VDare is racist now? Come on. Pat Buchanan is a regular contributor. VDare doesn’t shy away from racial issues and topics, but their articles are top tier. I hope they sue BuzzFeed for this.

Well, when it comes to left wing jurists of all stripes, and the Chief Justice who apparently let himself be blackmailed over something (an adopted kid where they skirted the law seems likely), if they don’t like “kritarchs” it’s because cucarachas don’t like the lights being turned on.

One of the looney Leftist at another forum I frequent went expressly there in the title of his thread.

When something is called antisemitic it is an admission of guilt. They are just admitting to controlling the courts and saying you’re not supposed to talk about it.

I think white nationalist is a slur. it’s literally a derogatory term used to smear any white person that questions any type of immigration policy with any type of self interest. Imagine saying that to any women questioning a policy that might affect her. She’s a female nationalist!

While there is real antisemitism, in many instances you’d be spot on. The Left uses such accusations to try to silence criticism. It’s also like an involuntary twitch … everything is some form of racism if you’re a Deplorable, never mind a Trump enabler as I’ve been called.

This issue is a little misleading because I don’t think the judges themselves understand the labor issue. Barr is claiming that the judges are part of management and shouldn’t have been certified as a union. The judges counter that they don’t actually manage anybody which isn’t the point. If they are part of management in the sense that they determine or help shape policies for the DOJ, then they may not be covered by collective bargaining. This particular issue may not have come up in the DOJ before but it has in other agencies and the answer is not clear cut.