Does Federal Debt Hurt the Economy More Than We Thought?

New Evidence on Debt as an Obstacle to US Economic Growth

High debt levels will have serious consequences for the future of the US economy. However, the country’s current debt is not just a looming problem—it is hurting the economy now. This is the case made by Thomas Grennes, Michael Fan, and Mehmet Caner in “New Evidence on Debt as an Obstacle to US Economic Growth.” Debt levels are already reducing the rate of growth by more than 1 percentage point a year and, absent major fiscal reform, will continue to do so.

Past increases in US government debt have generally occurred during times of war and have subsequently reverted back to prewar levels. Since 1968, however, debt relative to the size of the economy has increased continuously. In 2017, for example, US debt amounted to 105 percent of GDP.

This study addresses the following issues related to US debt levels:

Key Takeaway: Americans are Already Being Harmed by High Levels of Debt

The current US business expansion began at the end of the Great Recession—but because of the debt problem, the growth rate has been significantly stunted during the past decade. Recognizing and eliminating the debt problem provides a rare opportunity to raise the standard of living for average Americans. It is also an important opportunity for bipartisanship. Both political parties have contributed to today’s debt problem, and both parties can help drive reform. 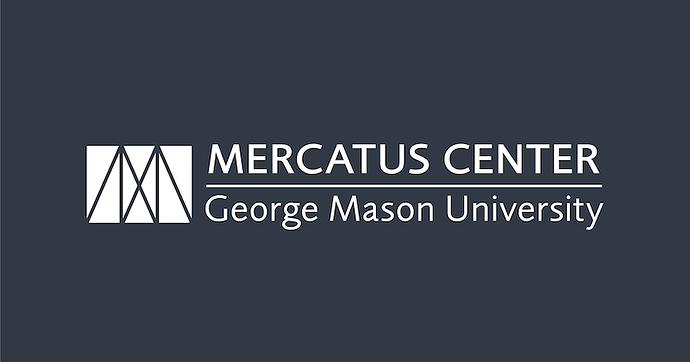 New Evidence on Debt as an Obstacle to US Economic Growth

High debt levels will have serious consequences for the future of the US economy. However, the country’s current debt is not just a looming problem—it is hurting the economy now. This is the case made by Thomas Grennes, Michael Fan, and Mehmet Caner...

Important distinction here in that spending MUST be cut in order to get back in control. We simply cannot continue taxing ourselves into prosperity and giving more and more of that same money to takers who don’t contribute. The holes need to be plugged before we can attempt to bail out the boat (and the last thing we should be doing is adding holes) or we’ll just continue to sink.

It’s all about spending.

Year after year we collect record taxes and yet spend even more. One would think the politicians would taper back a bit in good times. That has yet to happen. Got to buy the votes.

Perhaps it is simplistic of me but I look at government spending and debt in the same way as I view my own. The same principles should apply, no?

My overhead is X and I need Y to support it at a very minimum.

The economy is bad, I still need Y.

The economy is good, I need Y but now I have Z which I spend a portion on for improvements. A larger portion is set aside to get through a bad economy (which is always inevitable but to what degree is unknown) so I can still maintain Y.

Z should be used to reduce Y, such as paying off debt with interest so there is more Z going to improvements and savings/investments.

The missing factor is that when the government overspends it creates debt which devalues the dollar.

Eventually they will reach the point that we reach when we overspend, no on will extend credit (buy treasuries) unless there’s a risk premium added. Until then pay on Garth. The piggy bank is available to buy lots to ensue their continued power.

The devaluation of the dollar. Good point, LouMan.

Yet, the dollar would not be devalued given X, Y and Z would it?

The more you print to pay the bills and loan out, the lower the value of the dollar.