Did you ever wonder why most leftist Hollywood say the most outrageous things, or why most suffer from TDS, and support on destroying our country? Well read this article and you will find your answer!

Its quite remarkable how most of Hollywood and its products being produce are being controlled by China, and the actors, celebrities and directors themselves are the biggest hypocrites on the planet! If you watch anything Hollywood is producing these days, you are essentially contributing to Chinese propaganda!

"It’s a striking discovery, particularly given the lengths to which Hollywood goes to disrespect its own country, the United States of America. The denizens of Hollywood have downplayed America’s role in world history, disrespected the national anthem and accused their own president and his officials of committing the most heinous (and quite fictional) atrocities.

Meanwhile, they say nothing about China’s human rights abuses, intellectual property theft and wide-scale censorship. In fact, they’ve chosen to participate in the censorship instead. And not just in China but in practically every other country on the face of the Earth." 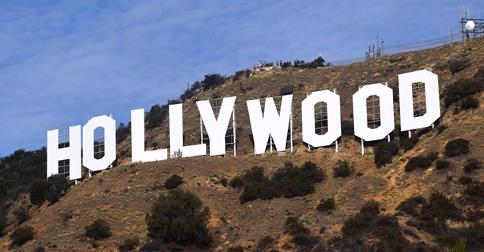 Hollywood is willingly allowing itself to be usurped by the Chinese film industry, in part because of its irrational hatred of the president. Learn more.

At this point China pretty much owns Hollywood, right? I read a few years ago that they have effectively bought up controlling authority in a lot of these companies.

That is true, and when you look at this from a macro perspective everything we hear about these days on twitter and other communications platforms from these celebrities on social issues to gun rights starts to make sense that they can say these things with impunity because they are no longer dependent on the American market for their revenue. I mean Alyssa Milano is now out there making her rounds on CNN talking about how the 2nd Amendment needs to be repealed. Do you think these same asshats would be mouthing off with the same nonsense 30 years ago? It certainly didn’t serve the Dixie Chicks very well. The Chinese market currently is what was the American media consumer market 30 years ago and are currently memorized by its propaganda! IMO, I have way more important things to attend to such as being productive, living life than to give any attention to mass media and Hollywood’s products anymore! This reality is both good but sad at the same time. Sad because Hollywood no longer represents American values and have sold their souls to the communists. Its good because now I don’t have an idiot box telling me how I should be, and living my life precariously through hollywood asshats, and robbing my precious time. Think about it this way, if the majority of Americans stopped watching Movies and television, what would happen to celebrities? Would they become ordinary people like you and me? Just a thought!

I think it would be useful to find out exactly what companies in Hollywood that the Chinese have bought up. It might be an extreme position but I do believe this impacts our national security.

It might be an extreme position but I do believe this impacts our national security.

I don’t think it’s extreme at all. China needs to be pummeled. Repeatedly. Anywhere we can hit those bastards we should.

From their currency manipulation to their corporate espionage, to them literally attacking our government information systems and stealing the data of federal employees with security clearances…enough is enough. If they have a degree of control over the media that’s consumed in the US, then they need to be seperated from that.

It might be an extreme position but I do believe this impacts our national security.

It’s only “extreme” because we have been taught that looking out for our own interests is evil. In this case, a little protectionism goes a long way and it’s not something that every other country doesn’t engage in. I laugh when I hear people start complaining about this trade war being about protectionism. I want them to tell me what country, besides the US, doesn’t put policies in place to protect their own economic and social interests?

If Hollywood wants to be owned by China, by all means move the fuck to China, take your stinking actors and actresses and studios and stay the fuck over there. America will be a far better place without Hollywood and its leftist members. 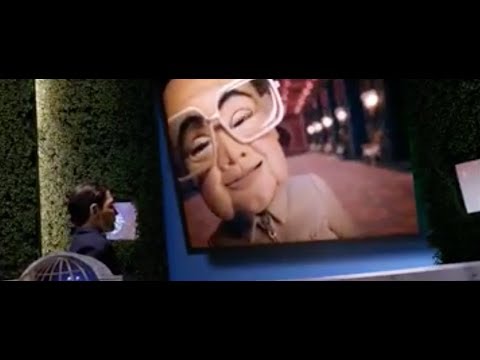 I hope this turns around when Trump collapses China’s economy.

Where do you guys find these really obscure news sources? Hollywood is doing really well actually. I sense some objection to social justice and LGBTQ issues which have become main stream.

Perhaps the same type of obscure places that tells you LGBTQ-XYZ is mainstream.

LOL! I guess you haven’t turned on the television or gone to the movies in a while! My community is becoming the dominant community in American culture. We’ve always been trendsetters but now we don’t need to hide in the shadows.

So reality is a television or a movie for you? How about you step foot outside of your safety zone (I mean community) and see what reality holds for you?

Setting a trend is changing a style of clothing. Not confusing people on their gender which can cause them years of trauma. But, it it really is good to see that your agenda really is debasement.

So reality is a television or a movie for you? How about you step foot outside of your safety zone (I mean community) and see what reality holds for you?

Oh I’ve seen the “reality” you are talking about. America is filled with racist bigots who would kill people like me if they could get away with it.

Not confusing people on their gender which can cause them years of trauma.

Repression of that causes trauma. Being free to express it is liberating.

Oh I’ve seen the “reality” you are talking about. America is filled with racist bigots who would kill people like me if they could get away with it.

You are not a race.

Repression of that causes trauma. Being free to express it is liberating.

That isn’t what you said. You said you are setting a trend.

We’ve always been trendsetters but now we don’t need to hide in the shadows.

Your “community” isn’t going mainstream. It is intentionally being forced down the throats of decent people. At the end of the day homosexuals are the most disgusting things in this world. They fuck poop. That’s nasty as hell. They like to smell shit from a man’s butt. In their eyes, that’s not a mental illness. Those “people”, if we can call them as such, should be in jail.

That is just a snippet of how the average person feels about your degenerate community.

They are insane. Pick up a turd with your bare hands. Wipe your hands lightly with toilet paper. According to ■■■■■■ logic, your hands are now clean enough to prepare food. It’s not surprising how much more prevalent STDs are among ■■■■■■■ than normal people. ■■■■■■■ are a health hazard to normal people too, not only themselves.

They create a public health hazard. Normal people can be exposed to the diseases they contract and so eagerly spread with their bug-chasing, getting pozzed. In many countries, normal people have to pay indirectly for their sometimes lifelong treatment. And their sick ideology is an assault against normal people. You can’t control what they do in private and don’t tell anyone, but right now governments are, of all things, encouraging it, encouraging them do it publicly even, outlawing the truth as homophobic, making laws that are a betrayal of everyone, including boys who are confused, misled into becoming ■■■■■■■ with the officially endorsed lie that it’s no worse than being straight. That will not be forgotten, and it must be reversed.

What part of Chinese revenue did you not get? Reading comprehension is not your thing I suppose?

Sorry for the derailment mate. I couldn’t resist such tasty bait.