Cheap dreams are made of this.

A former Walt Disney Co. accountant says she has filed a series of whistleblower tips with the Securities and Exchange Commission alleging the company has materially overstated revenue for years.

Sandra Kuba, formerly a senior financial analyst in Disney’s DIS, -3.24% revenue-operations department who worked for the company for 18 years, alleges that employees working in the parks-and-resorts business segment systematically overstated revenue by billions of dollars by exploiting weaknesses in the company’s accounting software.

Kuba said she has met with officials from the SEC on several occasions to discuss the allegations.

A Disney spokesperson said the company had reviewed the whistleblower’s claims and found that they were “utterly without merit.”

Kuba’s whistleblower filings, which have been reviewed by MarketWatch, outline several ways employees allegedly boosted revenue, including recording fictitious revenue for complimentary golf rounds or for free guest promotions. Another alleged action Kuba described in her SEC filing involved recording revenue for $500 gift cards at their face value even when guests paid a discounted rate of $395.

Kuba has also alleged that employees sometimes recorded revenue twice for gift cards, both when guests bought the gift card and when it was used at a resort. Sometimes, revenue was recorded even though a gift card was given to a guest for free following a customer complaint, for instance, according to the whistleblower’s allegations.

Kuba’s filing alleges that flaws in the accounting software made the manipulation difficult to trace, though the consequences could be significant. In just one financial year, 2008-09, Disney’s annual revenue could have been overstated by as much as $6 billion, Kuba’s whistleblower filing alleges. The parks-and-resorts business segment reported total revenue of $10.6 billion in 2009, according to its annual report filed with the SEC.

Kuba told MarketWatch she first reported the alleged revenue-recognition issues to management in 2013. She said that no one responded to her at that time. She said that she escalated her concerns to a more senior executive in 2016 and that Disney’s corporate audit group contacted her once in November 2016 but never followed up.

Kuba said she brought her concerns to the SEC in August 2017. She was fired from Disney about a month later.

In October 2017, Kuba filed a whistleblower-retaliation complaint with the Department of Labor’s Occupational Safety and Health Administration. Disney’s response to the department’s whistleblower office investigator’s inquiry said that Kuba’s employment was terminated because “she displayed a pattern of workplace complaints against co-workers without a reasonable basis for doing so, in a manner that was inappropriate, disruptive and in bad faith.”

Kuba has made two additional whistleblower filings since leaving the firm, including one this past June. The most recent tip alleges some Disney employees reclassified guest revenue from high-sales-tax items such as hotel rooms to lower-taxed items such as food and beverages with the purpose of significantly reducing sales tax liabilities in Florida, California and Hawaii. MarketWatch has reviewed the three filings and supporting documentation that was sent to the SEC.

The Disney spokesperson said: “The claims presented to us by this former employee — who was terminated for cause in 2017 — have been thoroughly reviewed by the company and found to be utterly without merit; in fact, in 2018 she withdrew the claim she had filed challenging her termination. We’re not going to dignify her unsubstantiated assertions with further comment.”

Kuba said she has withdrawn her claim challenging her termination but reserves the right to resubmit it and continues to dispute Disney’s decision to fire her.

The whistleblower said she has talked with officials from the SEC by phone and met with them in person on more than one occasion, including as recently as last week, to discuss the allegations in her filings. The SEC has also requested additional documentation related to the allegations, based on correspondence reviewed by MarketWatch.

The pattern of interaction with the SEC suggests the regulator is taking the allegations seriously, said Jordan A. Thomas, a former attorney in the SEC’s enforcement division and chairman of Labaton Sucharow’s whistleblower-representation practice. As Thomas told MarketWatch: “The SEC receives more than 25,000 tips, complaints and referrals each year, and the vast majority do not make it this far. The fact that the SEC has asked for more information more than once and conducted interviews suggests an inquiry is underway.” 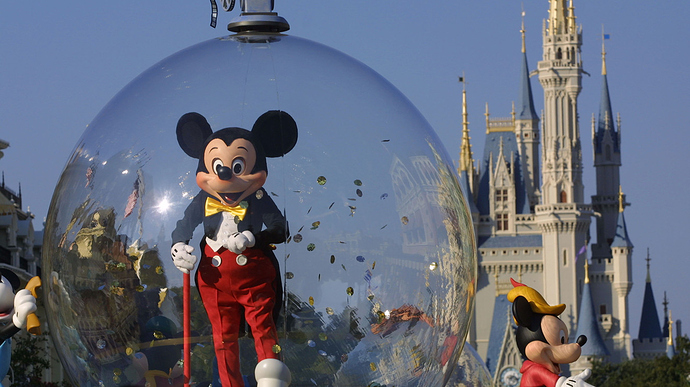 How long before we get definitive proof Disney inflated the Captain Marvel box office too?

Sounds like the SEC and IRS need to have a long talk with Disney.

The mouse learned a hard lesson: Get woke, go broke.

Gee, if you can’t trust a company that supports teen sex in it’s movies, hates Donald Trump, and ejects his supporters from it’s parks, then who can you believe?