I previously posted that I believe attaching unrelated garbage to a particular bill in Congress should be outlawed. Congress needs to change its rules.

Below is an example of how the Democrats craftily attach a repulsive requirement to a needed bill in order to provide a reason for Republicans to vote against the bill and be blamed for its failure…when it was designated initially as a good bill.

What the hell does abortion have to do with ending the shutdown?

You and I been around awhile, but I can guarantee you, my friend, we ain’t seen noth’in yet!

And it ain’t all gonna be on the socialist dem side! 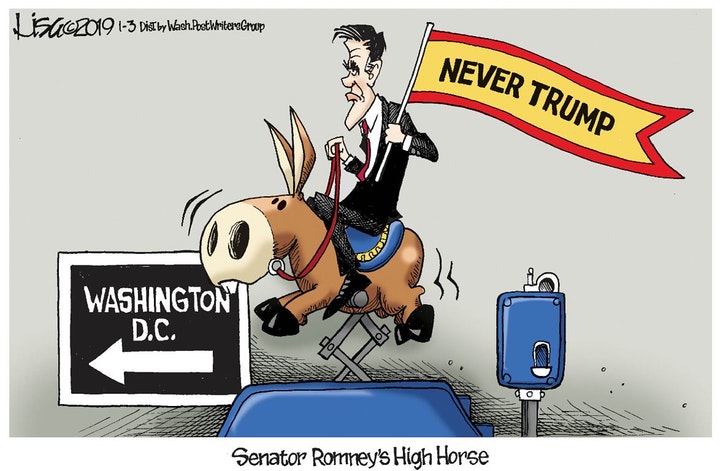 Romney is a replacement for the Trump hating storm trooper McCain and his sidekick Flake the flake.

Trump embarrassed both of them in the primary debates…and they never forgave him.

We should start aborting Democrats.

Weaponization of congress is underway.

You guys and gals haven’t seen nothing yet.

One thing I can say about Nancy Pelosi…she has bigger balls then anything repugs can put out. She going to show em all up.

Good - the closer we get to collapse the better.

The socialist democrats have aborting their potential voters for decades. That’s why they have to make sure the southern border stays open.

The fake smile bitch is about to speak to the House in her first appearance as Speaker-Designate of the House.

It would tickle me no end if she was not elected to the post of Speaker.

The bill rider problem is serious. No one except honest decent people could fix it though.

…and there are not enough of those in Congress to pass such a bill.

Yet another tactic used by Congress is to NOT be present when other members are making speeches in efforts to convince them to vote for or against motions on the floor.

One might say that they can read the transcripts of the speeches, but we all know they do not even read the bills they vote on.

The American public is being systematically RAPED by Congress Members that DO NOT WORK!

…and they vote themselves pay raises for the performance of work that they do not do.

IMHO, we need a separate Rules Committee, not controlled by either House of Congress to define the rules by which Congress operates and the compensation, perks and vacations each Congress Member receives.

The leading cause of death in the USA is abortion 41 million .