Did God want Trump to lose the 2020 election?

In this video I talk about the fact that, from a Christian perspective, God wanted Biden to win the presidential election. Let me know what you think of my reasoning if you are a Christian. God didn’t do anything! It’s all on man, God just allows it! In the “End of Times” series, destruction is what follows and Biden winning only exacerbates those perceptions to being true. It’s going to get a lot worse.

God had nothing to do with Joe Biden trying to steal the election. That’s another power that need not be mentioned. God gave each and every one of us the free will to do something about it.

What a ridiculous thread. This has nothing to do with God. Here’s the deal about Trump and why he lost…bigly.

Trump is wily but ignorant and dumb. Yes, he found his moment in the twenty-first century, but what he offers comes out of the seventies and eighties. He never moved on from that era. He has had nothing original to offer, just a poor man’s version of Nixon’s Southern strategy. He’s George Wallace redux. The Trump presidency is a symptom of our national decline, and little else.

73 million people voted for White supremacy and White ethnonationalism this month because, decades after Nixon and Reagan and Gingrich remade the Republican Party into our version of the Afrikaner National Party of South Africa, there is no dominant narrative that captures that the bogeyman is not the Somali immigrant or the young Black man with the knee on his neck — it’s the grossly immoral inequality that enables a few to live like kings while everyone else struggles not to drown.

We desperately need someone to succeed in telling a new story, in which people can see that we don’t have to fight over scraps, but can divide the loaves and fishes to feed everyone.

Leave God out of it.

Trump went full George Wallace and then some. Wallace stood in a doorway. Trump has been trying to gin up a race war so that he can revel in the fact that people are willing to die for him. George Wallace would have given his right hand to be as skilled and effective a racist, bigot, xenophobe, and nativist as Donald Trump.

MAGA is a symbol of hate that stands for a Pure White America, and 72 million, mostly white people, voted for that ideal in the face of a raging pandemic that has killed over 300k fellow citizens American and economic crash that is going to cause significant long-term harm to many of those same voters.

I heard about how much suffering my white male friends had to endure under Obama and I have heard them say that they would have liked to vote for Biden if it wasn’t for the fact that he chose Kamala Harris as his running mate. If Biden would have chosen a white male as a running mate, I bet a lot more Cubans in the Miami-Dade area and Latinos in southern Texas would have voted for him….

The election was determined by corrupt uninformed people.

Apparently your reading comprehension is a bit lacking, CHRISTIAN is mentioned.

Moron, the virus would have killed 300K pople regardless of who is in charge.

In case you missed it the deaths are primarily in the cesspool cities where the virus is at home.

You are really going to be crying when the same decision is ratified by the electors and certified by each state.

Well butt wipe, when the legal issues are decided then the states can validate the election results, till the stick it were the sun doesn’t shine and turn it sideways.

Stop posting conspiracy theories. There was no fraud and any claims that there was is simply GOP voter suppression. You can’t throw out votes because your side lost.

Yeah as if you believe in God! That is hilarious!

72 million, mostly white people, voted for that ideal in the face of a raging pandemic that has killed over 300k fellow citizens American and economic crash that is going to cause significant long-term harm to many of those same voters.

Why do you tell such lies? Just curious, are you acting out your inner abused child syndrome?

and 5% less white males voted for Trump in this election

So much for your dumb “White Supremacy’ argument!

Facts! You should try them sometime!

Stop post hate and go back to your normal liberal blog site your more than tirsom with your shitposting.

I would agree that the hand of fate was involved in this election.

A virus that is just dangerous enough to change the rules of social gathering combined with a D machine willing and able to exploit it.

The overall results have not been so bad and I am actually looking forward to watching Biden fail in a grand fashion while Trump mocks him from the sideline ready to repair Biden mistakes.

A third Trump in waiting term. 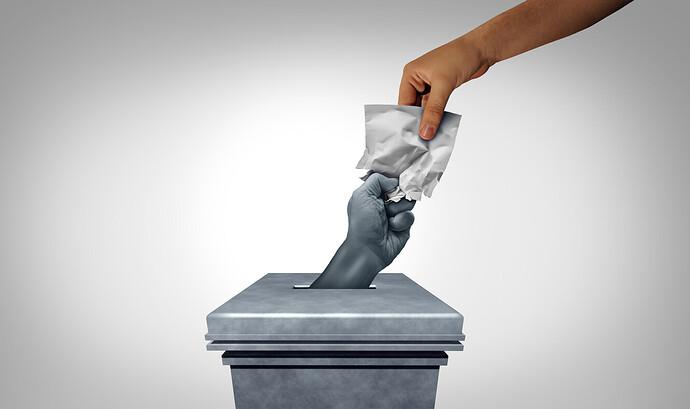 Was the US Election Stolen?

"We're fixing to overturn the results of the elections in multiple states. President Trump won by not hundreds of thousands of votes but by millions of votes that were shifted by this software that was designed expressly for that purpose. We have...

Rad this and let me know what you think.

Sounds enticing. Not enough evidence to prevent Biden inauguration. Once he is in we will be denied the ability to examine this as thoroughly as required. Especially the software. 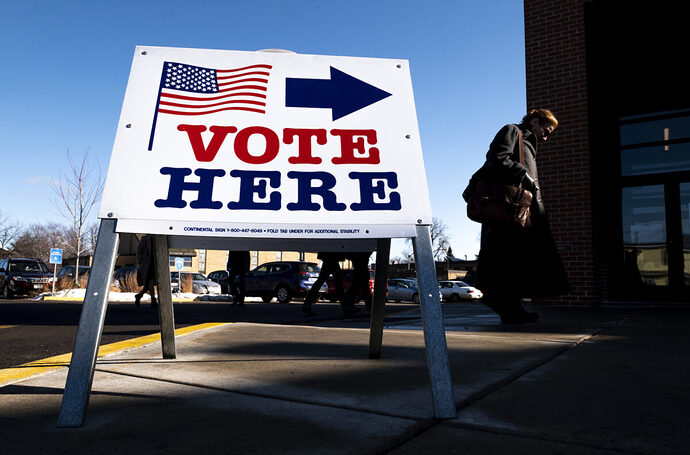 After allegations emerged that called into questioned the integrity of voting machines produced by Dominion Voting Systems, the ...

Th activist judges will always allow corruption from the left.