DHS Drafts Plan to Curb Work Permits for Illegal Migrants - Kick Them Out! 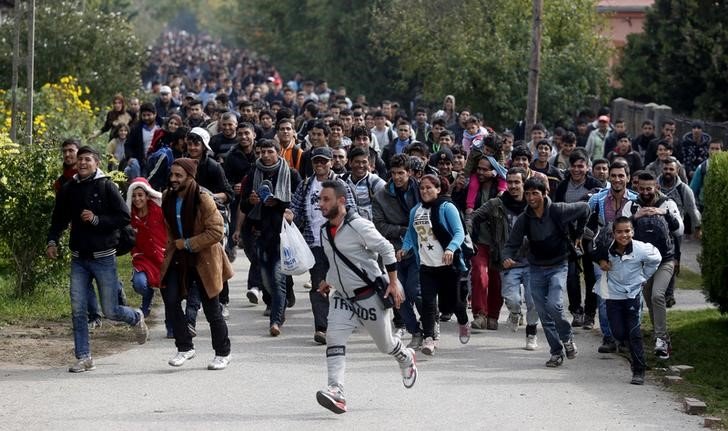 The Department of Homeland Security is discarding a 1994 rule which says officials must provide work permits to asylum seekers within 30 days of their request.

The tighter curbs on work permits may reduce the huge flow of low wage foreign migrants into U.S. blue collar jobs. In turn, the reduced inflow will pressure employers to offer Americans higher wages as they compete for the limited pool of U.S. workers.

Federal law allows illegal immigrants and economic migrants to ask for asylum — and then to ask for work permits once they have waited at least 150 days for an asylum court hearing. The minor rule is now a huge loophole because the immigration courts are so backlogged by up to 1 million asylum-seekers that new migrants know they can get work permits by simply asking for asylum at the border. So the 1994 rule allows new migrants to get renewable work permits in just 180 days — 150 days plus 30 days — after they cross the border.

This work permit loophole is an economic opportunity for employers because it provides extra foreign workers. The extra workers help to reduce employers’ “poaching” of American workers from other companies. That competition for workers could trigger a bidding war for U.S. workers in the growing economy, so cutting profits and stock prices.

A press release from Noorani’s group said the new rule, “could result in millions of dollars of lost wages, with a corresponding significant loss in federal and state tax revenue [and] in a very tight labor market, it would further shrink the pool of available workers.”

Amid the lobbying, President Donald Trump’s low immigration “Hire American” policy is slowly forcing up wage and benefits for Americans nationwide and is forcing employers to hire once sidelined Americans. For example, the New York Times reported September 5:

With the national unemployment rate now flirting with a 50-year low, companies are increasingly looking outside the traditional labor force for workers. They are offering flexible hours and work-from-home options to attract stay-at-home parents, full-time students and recent retirees. They are making new accommodations to open up jobs to people with disabilities. They are dropping educational requirements, waiving criminal background checks and offering training to prospective workers who lack necessary skills.

But the gains for employers can be quickly lost, economists warn.

“I think all these gains are incredibly fragile, and they need to be fostered and protected,” said Julia Pollak, a labor economist for the employment site ZipRecruiter.

Even now, there is evidence that the job market has room for further improvement. Companies are raising pay, but only gradually, and the inflow of workers into the labor force has slowed in recent months.

Since 2012, more than one million migrants from Central America have used a variety of loopholes to overwhelm the asylum laws and border rules, and many are now using the rules to get legal work permits quickly. The permits are vital to migrants because they allow the migrants to get jobs and pay off their smuggling debts to the cartels. Migrants are also using the cash from their jobs to hire more cartel-affiliated coyotes to bring their spouses and children into the United States.

Without the permits, the migrants could not pay their debts to the cartels’ labor-traffickers unless they work illegally — and the illegal work would further reduce their chances of winning their asylum claim.

The draft DHS regulation shows the numbers of renewals:

The regulation suggests the DHS approved 474,000 new or renewed asylum work permits in 2017. Additional migrants — perhaps 100,000 from 2015 to 2017– were released from the border via a different process, which allowed them to get work permits without waiting for 180 days.

DHS officials have minimized public access to the 2018 and 2019 numbers, which has likely driven the total number of ©(8) asylum workers above 750,000.

That resident number of ©(8) asylum workers is huge. It roughly equal to a 20 percent inflation in the new domestic labor supply during 2019 — so helping to prevent a bidding-war for American employees.

The new rule will allow officials to delay awarding work permits — and the huge number of annual renewals — until security reviews are completed, according to the draft regulation released by the U.S. Citizenship and Immigration Services agency.

This change is intended to ensure USCIS has sufficient time to receive, screen, and process applications for an initial grant of employment authorization based on a pending asylum application. This change will also reduce opportunities for fraud and protect the security-related processes undertaken for each EAD application.

The level of fraud sophistication and the threat immigration-related national security concerns posed today are more complex than they were 20 years ago. Furthermore, changes in intake and document production to reduce fraud and address threats to national security, as well as necessary vetting to address such concerns, are not reflected in the current regulatory timeframe.

Pro-migration groups are strongly opposed to the curbs, and will likely sue to preserve the supply of cheap foreign labor which suppresses the wages of blue-collar Americans.

“USCIS seeks to essentially eliminate work authorization for asylum applicants by removing deadline for how fast they need to adjudicate the application,” said a tweet from Greg Siskind, an immigration lawyer. “They call it efficiency. Any person who has an ounce of humanity calls it malevolent.”

Each year, roughly four million young Americans join the workforce after graduating from high school or university. This total includes about 800,000 Americans who graduate with skilled degrees in business or health care, engineering or science, software, or statistics.

The government also prints out more than 1 million work permits for foreigners, it tolerates about 8 million illegal workers, and it does not punish companies for employing the hundreds of thousands of illegal migrants who sneak across the border or overstay their legal visas each year.

This policy of inflating the labor supply boosts economic growth for investors because it transfers wages to investors and ensures that employers do not have to compete for American workers by offering higher wages and better working conditions.

The cheap-labor economic strategy also pushes Americans away from high-tech careers and sidelines millions of marginalized Americans, including many who are now struggling with fentanyl addictions. 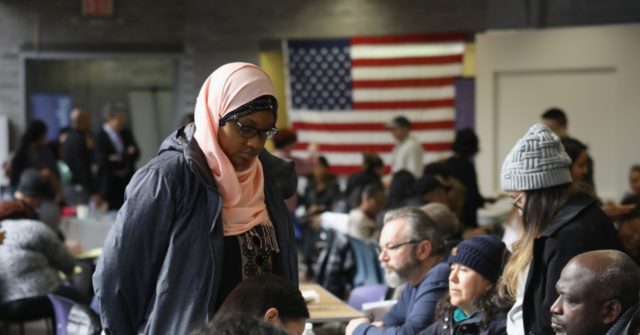 The Department of Homeland Security is discarding a 1994 rule which says officials must provide work permits to asylum seekers within 30 days.

DHS needs to work faster on correcting all of these bullshit rules that allow these fucks to take advantage of the US. It’s one of the reasons why DHS exists as a federal agency.

What we need to do is put a moratorium on asylum claims. There are plenty of other first world countries for these welfare leaches to scam out of billions of dollars. We need to stop being so gullible as a country. We know these people are taking advantage of us and are only coming here for welfare benefits.

This should have been done in 2017…Glad they could finally get to it.

This will help a lot.

“USCIS seeks to essentially eliminate work authorization for asylum applicants by removing deadline for how fast they need to adjudicate the application,” said a tweet from Greg Siskind, an immigration lawyer. “They call it efficiency. Any person who has an ounce of humanity calls it malevolent.”

Sounds like these Soros funded immigration lawyers are pissed off that USCIS can change their own internal business rules without having to ask permission. If they are complaining you know it’s the right move.

I support anything that will make their lives more difficult.