The Service Economy: The idea is that you make around 1.1k a month selling tat or operating a complaints line and drop your entire disposable income on nights out, take out coffee, fast food, and bugman entertainment, maybe needing a payday loan to make ends meet at the end of the month.

We sacrificed the industrial nation so pajeets and blonde niggresses could operate machines shipped in from China to make bean juice sold at 1000+% its actual value, even after accounting for the labour involved.

This country used to make things. It was once affectionately called the workshop of the world.

Now we do what?

Sell coffee to each other while pedophiles run the government? Now that’s progress!

I seem to recall from that globalist propaganda film Zeitgeist that economy means house keeping. Where are our housekeepers? Oh yeah they’re out there in call centres and Burger King making just above minimum wage while their babies are in day care. Thanks liberalism!

The whole world is fucked and it’s up to us to unfuck it. I don’t think we can but God help me, if Mark Carney and the Bank of England tell me something is “bad for the economy” then I know it’s at least a small step in the right fucking direction.

This is the life of the wage slave, everywhere. Pay you just enough to where you don’t starve but will never get out of the grind. If you want to make more then you have to work the gig economy. A 40 hour week then becomes 60. Learn a trade and quit your job. It’s still service based but at least you are in control.

There is absolutely no doubt in my mind that we are living in the Age of Suffering, Depression, Stress, Anger, Suicide, and Apathy: all are at all time highs in most countries, yet most do nothing, absolutely nothing about it. They cling on the passing moments of high from eating, sleeping, watching junk or porn, playing games, and using drugs. The Elites have created a generation of cattle. People without any characteristics of a person, hollow. No matter who you are, if you understand this truth you will be at risk of losing everything in your life, they will ruin your life, throw you in prison, or just shoot you.

The Black Pill is the True Redpill. When people realize that things are worse then ever any reasonable and good man must acknowledge that revolutionary action is necessary and right. Only a weak man would face such blessed knowledge with compromise, peaceful activism, and debate, they are the weakest people on the planet. 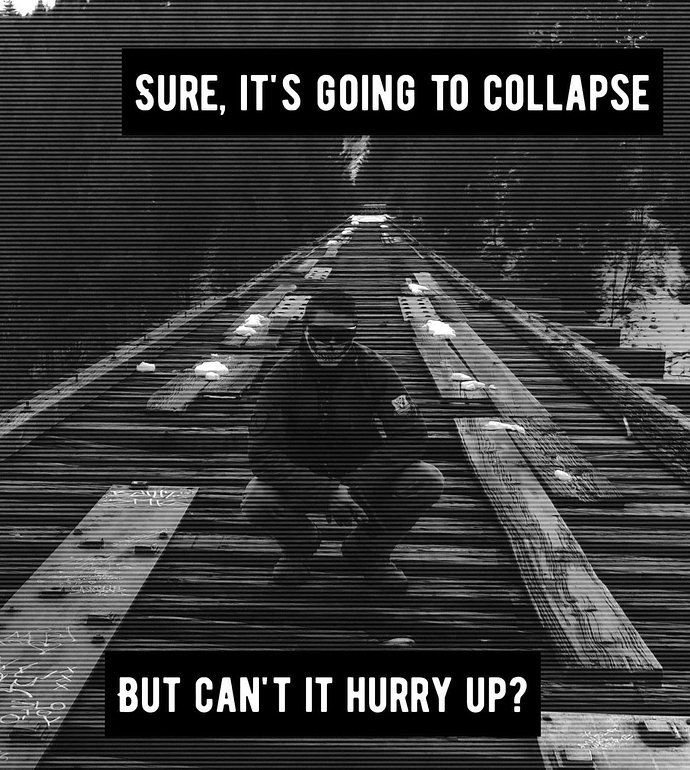 Accelerationism is not what (((they))) want. They want a slow and continuous decline of white civilization; an eventual browning of all host nations. They want soft and soy consumer economies so they can continue their rootless shekel shuffling. They never want us to destroy the system, as (((they))) receive the most benefit from it. They are biological parasites who can only be successful in productive, tolerant societies.

Accelerationists understand that the majority of the population consists of lemmings. As long as they are comfortable and distracted, they will never want to take action. Strong men must force their people’s hand before it is too late.

What will restaurants do without blacks and illegals to wash dishes and park cars ???