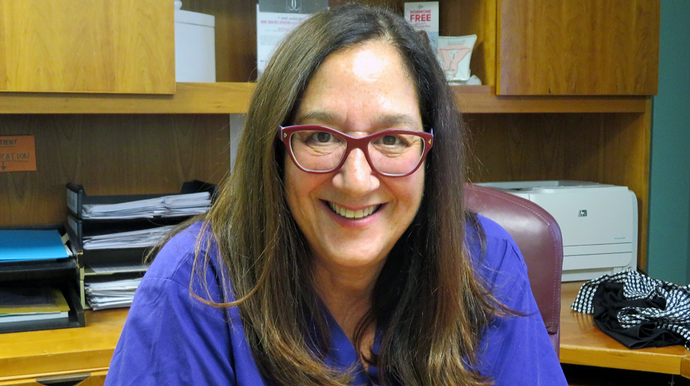 Dr. Sara Imershein claims that her her two professional roles, as a full-time abortionist and circumcision ‘mohelet’, are driven by her so-called “■■■■■■ values”:

Imershein, 65, had just completed a day’s work at the women’s health clinic in suburb Virginia where she provides abortions. She gave up her Washington, D.C.-based OB-GYN practice in 2015 to provide abortions full time . She sees the work as her mission, a path she’s been on since she secured her medical degree from Emory University in 1980.

“I always said as a physician, when I grow up and retire, I’m going to do abortions because it was a way to use my techniques to alleviate suffering ,” she said.

As much as there are similarities — performing abortions and circumcisions, she charges enough to cover costs, including insurance, and does not make much more — there is a key difference in the trajectory of each of her passions. Imershein came to understand ■■■■■■ laws on reproduction because of her devotion to making abortion available to women. She is versed in advocacy to keep circumcision legal because of her religious training as a mohelet (Hebrew for a female mohel).

Imershein volunteered as an undergrad at a women’s health center at the University of Pennsylvania after Roe v. Wade, the 1973 Supreme Court ruling that said abortion was a woman’s constitutionally protected right. She was from New York, where abortion had been legal since 1970, and Roe v. Wade made her aware that it had not been a universal right.

By the time she got her medical degree, Imershein knew she would be politically active.

“ It’s appropriate for anyone going into OB-GYN to be into reproductive rights ,” she said. “You don’t hear people going ‘I’m fighting for the right to have your appendix out,’ but somehow it seems necessary to fight for women’s right to control themselves and their families.”

She was always aware that ■■■■■■ religious precepts favored the life and welfare of the mother, but in time she delved deeper, learning with a rabbi. (What the welfare of a mother means varies among streams of Judaism, but even the strictest ■■■■■■ application is more liberal than some of the bans now in place in a number of U.S. states.)

“ Somewhere along the line, I learned the Talmud and Genesis back up the ■■■■■■ philosophy, that it is not when someone is conceived, but it’s a matter of when someone becomes human, and that’s clearly defined by the Talmud when the head is born, or the greater part, the nefesh becomes ensouled ,” she said.

“So it segued with my values as I learned more,” studying Talmud and Torah.

Imershein learned, for instance, that the testimony of Rabbi David Feldman, a Yeshiva University-ordained bioethicist, was critical in the passage of the abortion rights law in her home state of New York that she had taken for granted as a youth.

Speaking in broad New York tones and with an easygoing demeanor, she now provides “nondirectional” counseling to women seeking an abortion — a series of open-ended questions to make sure it is the patient only who is making the choice. While that may be standard in abortion clinics, Imershein she sees a correlation to ■■■■■■ teaching emphasizing the human agency in decision-making.

Here we see how the “holiest” book for the ■■■■■ the Talmud, can be used to justify partial birth abortions. Apparently, not until the “greater part” of the head comes out of the mother does the “soul” enter the child. And contrary to what this “doctor” claims, nowhere in the Book of Genesis is there any justification whatsoever for abortion in any shape or form. The Talmud is a refutation of The Torah, not a compliment to it, and for ■■■■ to claim both books as their own reveals just how morally confused, dishonest and literally schizophrenicthey can be.

Because Judaism does not provide a significant prohibition against infanticide, it should surprise no one that ■■■■ have always been leaders in the pro-abortion “crusade”, beginning with the original head of the National Association for the Repeal of Abortion Laws (NARAL), Dr. Bernhard Nathanson. ■■■■ like Nathanson saw abortion as part of the American Bolshevik Revolution in the 1960s, when women were “liberated” from the traditional Christian values and dignity by being pumped full of birth control pills and then offered “guilt-free” legal abortions, all in the name of “freedom” and “equal rights”. 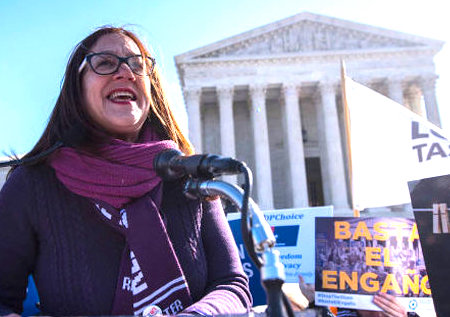 Jewish Doctor Finds Her 'Moral' Justification As A Full-Time Abortionist In...

Dr. Sara Imershein claims that her two professional roles, as a full-time abortionist and circumcision ‘mohelet’, are driven by her so-called “jewish values”: Imershein, 65, had just completed a day’s work at the women’s health clinic in suburb...

She gave up her Washington, D.C.-based OB-GYN practice in 2015 to provide abortions full time .

She murders babies all day everyday and is proud of it. What a sick and twisted woman. Only the deepest depths of hell will do for her.

I bet she won’t kill a ■■■ baby. They aren’t allowed to kill or hurt other ■■■■■ They have the moral justification to snuff filthy goyim out though. We aren’t human to them. 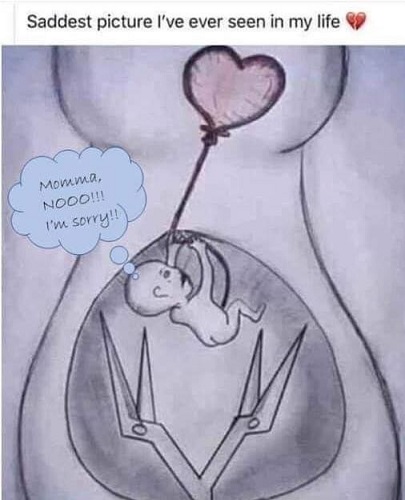 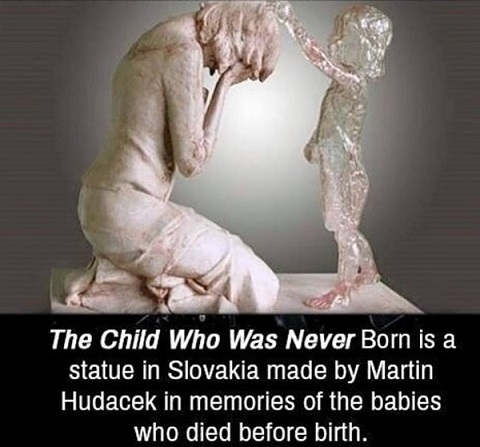 This is some of the most anger inducing shit that I’ve read in a while. It’s amazing that these monsters manage to claim the moral high ground on all of the sick and twisted shit they do. I try not to go down this road but it’s getting harder and harder not to.

Sick bitch and no, that’s not what is found in Genesis or any other book of the bible.

Science has also advanced a fair bit in the last four thousand years or so and we know now that there are three major steps in development.

The first two divisions gives us a growing embryo with it’s own unique DNA signature different from either parent.

Implantation when the fertilized egg then has a chance to survive.

Day sixty after fertilization when all of the “parts” that make a human, human are present and identifiable.

There will always be justification for some abortions but to claim that the books of Moses tell us it’s “OK” is flat out a lie.

As most of them are liberal!

Yep, with the rising anti Semitism in the democratic party though I expect that will start to change quite a bit. 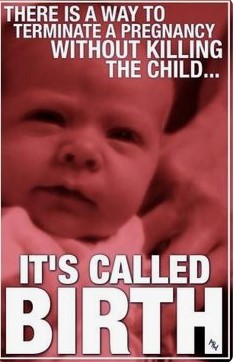 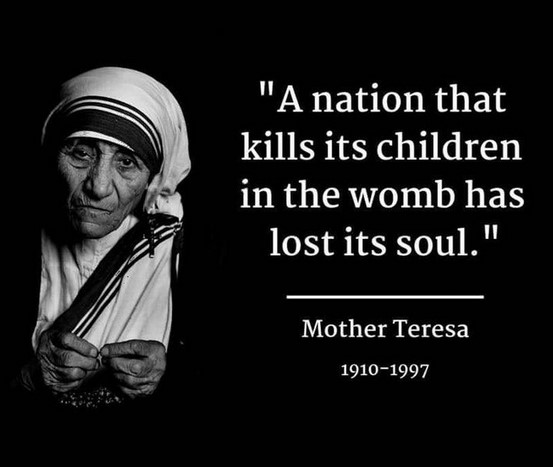 The Talmud is a huge collection of demonic documents from the time of the Pharisee.

That’s why Jesus called them “generation of vipers.”

The Pharisees (/ˈfærəˌsiːz/) were a social movement and a school of thought in the Holy Land during the time of Second Temple Judaism. After the destruction of the Second Temple in 70 CE, Pharisaic beliefs became the foundational, liturgical and ritualistic basis for Rabbinic Judaism. Conflicts between Pharisees and Sadducees took place in the context of much broader and longstanding social and religious conflicts among Jews, made worse by the Roman conquest. Another conflict was cultural, betwe...


The Pharisees preserved the Pharisaical oral law in the form of the Talmud. They would become the foundation of Rabbinic Judaism.

And once again that was not a rebuke of all of the Pharisees it was a rebuke of those condemning him Jerusalem who were hypocrites.

Why do you keep pretending otherwise?

Because Jesus said so.

You want to twist his words and talk back to him. You dare?

You’re the one misrepresenting Christ’s words, not me.

Christ spoke against the Pharisees, calling them generation of vipers. You CHOOSE to be one of the vipers.

Why do you keep lying and making it so personal?

Christ addressed one small group and chewed their asses out, no more, no less.

The only pharisees he dressed down was one small group of them in Jerusalem. You cant’ possibly show otherwise.